10 Things You Didn’t Know About Nashville 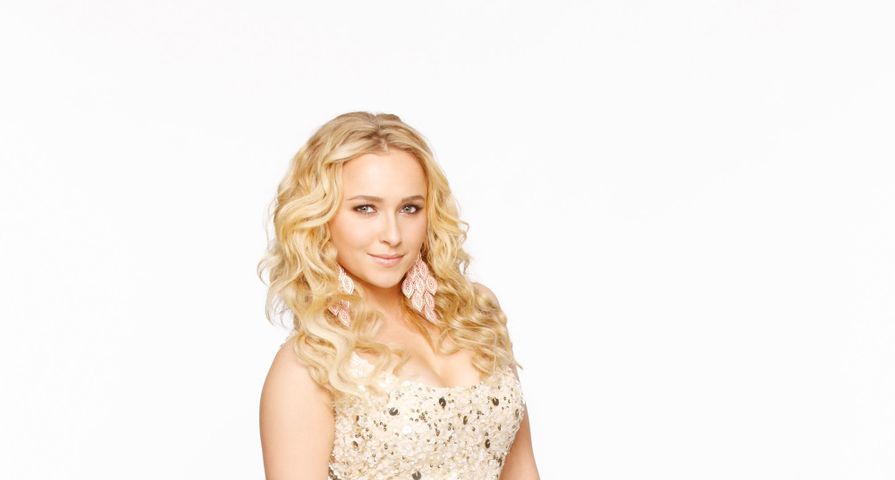 ABC’s TV musical drama Nashville is now into its fourth season and has been welcomed with open arms into the country music community, even pulling in viewers outside the genre. The show portrays the lives of fictitious country stars and entertainment executives following all the drama that ensues behind the scenes of the music industry. What is most appealing about this show is not only does it feature roles with some of our favorite actors like Connie Britton, but has musical performances in each episode and regular celebrity appearances from stars like Carrie Underwood, Florida Georgia Line, Steven Tyler and Brad Paisley. It’s safe to say the show has become a huge hit! We just can’t get enough of Nashville so we did a little digging behind the curtain — here’s 10 things you probably didn’t know about the show:

10. The Bluebird Cafe is a Real Place

The famous Bluebird Cafe is a real place in Nashville. A frequent shooting location for the show, the business has felt a huge impact since the series gained popularity. The COO/GM of The Bluebird Cafe, Erika Woolam Nichols, told Forbes: “We have had a lot more interest in the venue from the general public; not just music fans as in the past but a greater cross-section of the population. Now our shows sell out in minutes rather than a few days.” The legendary club is a hotspot in Nashville where songwriters can perform their original material in an intimate setting. Today, it has become a tourist attraction. Erika said a lot of people travel here just to pose for a picture in front of the club.

9. The Show is Realistic

Forbes also reported that the show written by Academy Award winner Callie Khouri is fairly accurate from a business perspective. All of the locations for shooting the show are real places in Nashville, and some of the episodes have been weaved into real events like the 2014 Country Music Awards, making the show very authentic. A dramatized episode of the CMA’s on the show was shot at the actual set of the award show and the Nashville stars were actual presenters during the primetime awards. Not to mention, the stars of the show have made an impact in the real-life country music scene with hit records, concert tours, shows at the Grand Ole Opry and radio singles.

Jonathan Jackson has been playing Avery Barkley on the country show since 2012. However, his claim to fame came much earlier in his career. Jonathan’s first big acting gig was between 1993 and 1999 as Lucky Spencer on the soap opera General Hospital. During his time on the soap, he won three Daytime Emmy Awards. He made a reappearance on the show between 2009 until 2011 and took home another two Emmy awards.

Our favorite tall, dark and handsome singer, Gunner Scott is played by British actor Sam Palladio. That’s right, Gunner is a Brit! He had us all fooled because he does quite the impressive southern American accent. Living overseas at the time, Sam auditioned for the show via the web. At the time he landed the role he had never been to America before, and of course his first stop was Nashville, Tennessee!

6. Who Had to Learn to Sing and Who’s a Natural?

According to an interview with ABC, Connie Britton, 48, had to do a lot of extra work to prepare for her role on Nashville. Although she had been singing her whole life, she had to take singing lessons to to fine tune her voice and sound more professional. She also told reporters that Hayden Panettiere is a “legitimately great singer.” Although Hayden plays a far less experienced singer on the show, in real life she’s had more experience singing professionally. The actress released a single in 2008, “Wake Up Call.” The song wasn’t a success, but she’s contributed to Disney pop albums and movie soundtracks like Cinderella III: A Twist in Time, The Ice Princess and Hoodwinked Too! (Hood Vs. Evil).

5. Charles Esten is a Comedian

Charles Esten is Nashville‘s heartthrob, the famous guitarist, Deacon Claybourne. However, he’s not normally inclined to be on a musical drama, he’s surprisingly got some deep roots in comedy. Some might remember him as Chip on Whose Line Is It Anyway? He began starring on the Drew Carey improv show in 1999 and continued on with appearances until 2005. He’s also worked on other comedic projects like Drew Carey’s Green Screen Show and Drew Carey’s Improv-A-Ganza.

4. Oliver Hudson has a Famous Family

Oliver Hudson was introduced as a cast member for the show in 2013, following a stint on Rules of Engagement. Oliver plays the egotistical business exec Jeff Fordham. Not only is Oliver a big deal on the show, it turns out he’s comes from a long line of pretty-big-deals! Hudson’s mother is Goldie Hawn and his younger sister is none other than the beautiful Kate Hudson. The two famous siblings share the same father, Bill Hudson, a famous American musician, but Oliver and Kate were raised by Goldie and her longtime boyfriend Kurt Russell.

A well established actress, Hayden Panettiere has been steadily appearing on Nashville since the premiere in 2012. She plays the complex role of Juliette Barnes, a rising singer who’s constantly caught in a scheme of drama. Hayden recently opened up about the struggles in her personal life during an interview on Live! with Kelly and Michael as she discussed the similarities between her character on the show (who is currently struggling with extreme postpartum depression) and her own experience of motherhood. Following the birth of Hayden’s daughter Kaya in December 2014, she sought voluntary professional help at a treatment center. As of lately, it seems Hayden is recovering well — she recently tweeted on Oct. 10, “Feeling like I’m finally coming back in to my own body! #mother #daughter #blessing #wellworthit.”

2. Clare Bowen is a Cancer Survivor

The Australian born actress who plays the beautiful singer and lyrical poet Scarlett O’Connor is a cancer survivor. She publicly revealed her own personal battle after recently cutting off her luscious locks in honor of another little girl who is battling cancer. Clare fought a three year battle when she was diagnosed with “end stage nephroblastoma” at only 4-years-old. While attending elementary school she was also receiving chemo sessions. She’s currently a cancer free and sits on the Australian Cancer Council as a Youth Ambassador.

1. Madde and Daphne are Actual Sisters

Connie’s daughters on the show, Maddie (Lennon, 16) and Daphne (Maisy, 11) are sisters in real life. The singing sisters are from Ontario, Canada and come from a musical family — their parents are Brad and MaryLynne, of the musical duo known as the Stellas. Before landing their first acting gig on Nashville, the two became famous for their voices on YouTube after posting a cover of “Call Your Girlfriend,” by Robyn. The video went viral in May 2012 with over 24 million views and their performance “Ho Hey” on the show is the series most-downloaded song and even made it to the Top 40 Billboard of Hot Country Songs on the radio.