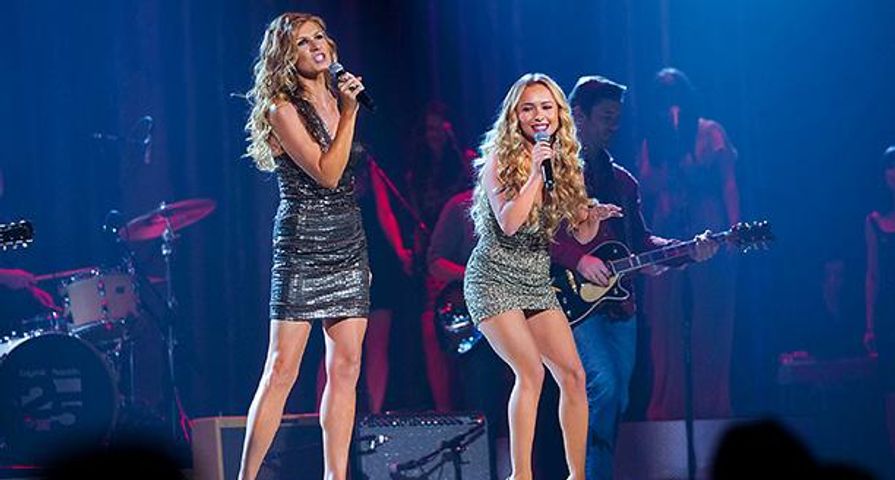 The musical drama Nashville has been making a lot of noise recently, and not just because of the series itself, but literally making noise because of the music that has stemmed from the show! The ABC hit series is all about country artists trying to navigate their careers in the music industry and all the personal and professional struggles that come with it. Now onto the fifth season, viewers have been blown away by the enormous talent featured on the show. Some of the leading actors are real artists who make music in addition to acting, like Lennon and Maisy and even Hayden Panettiere. The show has made a real impact on the country music scene with hit records, country tours, performances at the Grand Ole Opry and even radio singles. Here are the 10 best performances that we’ve seen on Nashville, thus far:

When Gunnar’s brother died it was the beginning of what ended being the end of his musical career and relationship with Scarlett (at least for a long, long time). He became undependable and depressed, despite Scarlett’s best efforts to keep him on track. When he finally came out of it and made his first appearance as a solo artist he played this song as an ode to his brother, who often found himself in the midst of unlawful troubles.

Juliette’s career is suffering because of a combination of things she has said, done and well, her overall bad attitude. In an attempt to save her career, she’s set to deliver a public apology at the Grand Ole Opry during her induction. Instead, she goes against her labels wishes and ends up performing a new single that is more of a ‘I don’t give a sh-t’ what people think anthem aimed toward all her haters. Yikes! However uncomfortable this moment is, her performance is perfection, and as Rayna would say afterwards, “Well, that wasn’t very smart, but it sure was brave.”

8. No One Will Ever Love You — Rayna James and Deacon Claybourne

At the beginning of season 2, viewers start to learn more and more about Rayna and Deacon’s love story. The couple has a long history as former lovers and musical partners, with Rayna as a lead singer and Deacon as her right hand man and lead guitarist. The two have tried to move on from their past relationship — Rayna ended up with her former husband Teddy (now ex-husband) and Deacon had various flings along the way, but neither came close to replacing the other. The song “No One Will Ever Love You” was such a heartfelt performance between the two and a moment when viewers finally got a glimpse of their past relationship as the lyrics paint a perfect picture of their tumultuous love.

When Maddie rebels against her mother to begin exploring a musical career, she ends up playing this song and we get a peak into what could be her future as a young artist. After she learns that Deacon is her real father, she begins to feel even more musically inclined. She invites Deacon to perform a song with her which is the beginning of what becomes a new father-daughter relationship between the two of them. Deacon is extremely weary at first because he thinks if he wasn’t fit to be her father many years ago, what makes him fit to be one now? But this performance between the two solidifies their new relationship, and it’s just darn sweet!

6. If I Didn’t Know Better — Gunnar Scott and Scarlett O’Connor

This performance was Gunner and Scarlett’s first public duet together on the show way back in season 1 (in fact it was the very first episode), and it still resonates with viewers as one of their best. Four seasons later, these two artists are now established singers, but back in the pilot episode they were two struggling singer-song writers. During this performance, Watty White (the “Pope of Nashville”) calls Rayna James and held the phone up for her to hear, showing Rayna the future of country music.

These two country divas struggled to get along, and still do sometimes, but this performance cemented the fact that whatever happens off stage, stays off stage. The two put their differences aside to write and perform a song that kicked off their joint tour together. Their arch rivalry actually makes the performance better because we get to see a little more emotion behind their voices. We’ve seen a couple duets from these two as the seasons have gone by, but this one still remains the best!

After her accident with Deacon in the finale of season 1, Rayna sustains injures to her vocal chords and loses her voice, not knowing when or if she will get it back. In this episode, she attends Luke Wheeler’s (Will Chase) benefit concert and he asks her to join him on stage, seemingly oblivious to her current condition which she had not made public, but rumors had begun to spread. It was a touching moment when she was put on the spot on stage to sing her hit, “The Best Songs Come From Broken Hearts,” and when he voice fell flat, the audience chimed in to help save her. The moment empowers Rayna and she ends up finding it in to triumph and finish the song — much to Jeff’s dismay.

3. It Ain’t Yours To Throw Away — Gunnar Scott and Scarlett O’Connor

In the finale of season 2, Scarlett has suffered through a lot; mental breakdowns, a pill addiction, and even hospitalization. By the end of the season she’s decided not to go back into the music industry — she’s just not cut out for it. She spends the entire episode saying her farewells to her family and friends in Nashville and plans to head back to school for a simpler time in her life when she was happy. The last person she visits is Gunnar, her ex-boyfriend and music partner. Instead of giving her a mumble-jumbled speech, Gunnar plays her a beautiful song that he wrote which perfectly depicts how he feels about Scarlett giving up on her career as an artist (and them getting back together as singing partners).

These two sisters (who are actual real sisters outside of the show) have stolen our hearts throughout each season of this series. They are completely adorable and extremely talented, most well known for doing covers of popular top 40 songs. This performance was by far one of the best on the show, and not just according to this list, but to the sales on iTunes! This particular performance was the series most-downloaded song and even made it to the Top 40 Billboard of Hot Country Songs on the radio. It happened when Rayna offered her daughters the exciting experience to perform in a huge arena with her band (even though it’s empty). Their song of choice was a twangier rendition of the famous Lumineers song, “Ho Hey.”

Clare Bowen, who plays Scarlett O’Connor has by far one of the best voices on the show. The song “Black Roses” was initially a poem that Scarlett wrote about her mother and their tumultuous and somewhat abusive relationship. When she performs this song, her voice is so hauntingly beautiful, it gives us goosebumps listening to her sing. Their is so much pain and emotion behind her voice within the lyrics of the song, it’s hands-down one of the best performances and songs on the show!