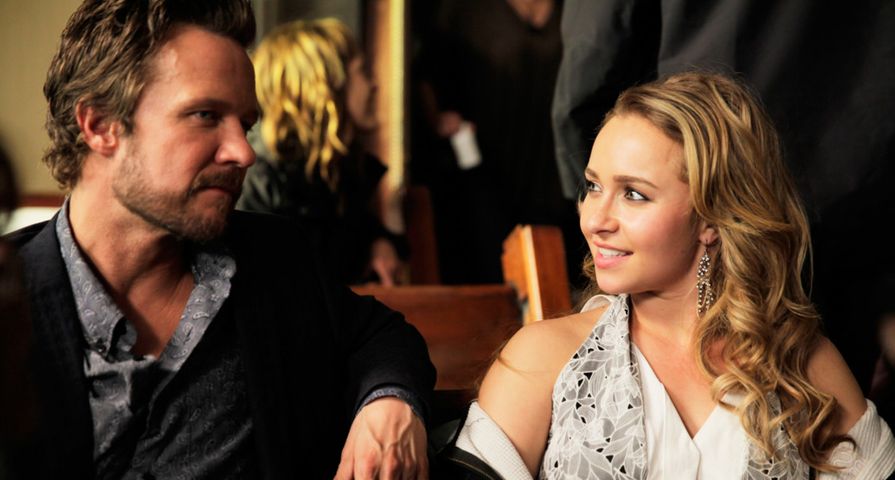 Nashville is an American musical drama series that caters to not only country music fans, but anyone who enjoys some good music! The series chronicles various fictitious country music singers living in Nashville as they struggle through all the ups and downs of the music biz while also juggling their relationships and friendships. Starring Connie Britton and Hayden Panettiere and a few other big names, Nashville brings a lot to the table in terms of veteran actors and great musicians. They’ve also been known to sport some amazing celebrity cameos over the past six seasons! The music produced on the show has been so successful it’s spawned numerous albums, as well as an international tour. In honor of the show’s season six premiere, here’s a look at 10 behind the scenes secrets on our favorite show, Nashville!

The cast of Nashville is amazing on and off screen. The actors and actress who’ve come together to fulfill the characters we see on television come from a variety of backgrounds, from former musicians to comedians, soap opera actors to veteran actors to rookies — and they are all one tight knit family! Chip Esten said in an interview that the best part about their show is that when the show is over they continue to perform together on their international music tour and have jam sessions together to collaborate on writing new songs. When the show goes to air on Wednesday nights, Sam Palladio (Gunner Scott) and Chris Carmack (Will Lexington) get together to tweet about the show. Their hangouts usually involve a bit of bourbon, music writing and jamming out on their guitars. Sam and Chris call these little sessions “beats and tweets.” Keep an eye out for them next time the show is on!

Will Chase, who plays the character of Luke Wheeler, is the only male on the show who doesn’t actually know how to play guitar or write his own songs. Instead, he brings a comedic element to the stage when he’s acting. But the real jokester on set backstage — that’s Chip Esten. Fans who’ve followed Chip’s career from the beginning will know that he comes from comedy roots, specifically the improv show Whose Line Is It Anyway? Chris Carmack who plays Will Lexington said, “Chip [Esten] is the biggest jokester on set. He has a background in improv comedy, and he’ll cut you down in a second…in a funny way.”

The cost of making a great show is high, which rings true for Nashville. The show films in real locations like the Grand Ole Opry and even music award shows! Also the production team goes to great lengths to recreate iconic locations like the Bluebird Cafe, and as a result things can get a little pricey. While filming season 1, the show was able to recoup 32 percent of production costs in tax credit. According to Nashville Lifestyles.com, the state passed a new law before season 2 began that capped tax credit at 25 percent. ABC tried to lobby against the state cap so the show could be grandfathered into the higher cut. In the end it was up to the city and state officials to fill the gap. Nashville brings in an estimated $40 million in revenue and it does a great deal for the city of Nashville in terms of boosting their tourism sector, so in the past people have rallied to raise the funds required to produce the show. The state of Tennessee contributed $12.5 million, Metro government gave $500,000 and the CVB and Metro’s Event Marketing Fund each contributed $125,000 in order to keep the show up and running.

Chaley Rose plays the recurring character, Zoey Dalton, who is a childhood friend of Scarlett O’Conner and ex-girlfriend of Gunner Scott. She told Rolling Stone magazine that landing the role on Nashville was her first big acting gig. You’d never know from watching her act or sing, but she’s a newbie! She said, “This was my first big booking; everyone kind of let me learn as I go.” She also commented on how awkward it can be for first-time actors doing love scenes: “The first love scene we did was the first one I ever did. I was a nervous wreck all day.”

5. The Music Labels are Real Places

Viewers of the show who live in Tennessee would have picked up on this already, but others might not have! The fake record labels that are talked about on the show, mainly Rayna’s Highway 65 label and Edgehill Records, are real places in Nashville. Interstate 65 is a highway that cuts right through the heart of Nashville and Edgehill is a neighborhood and street near Music Row in Nashville. Similarly, the Bluebird Cafe where we see all the characters perform at some point on the show is a real place in Nashville where aspiring artists perform with the hopes of one day being scouted by a producer. In an interview with Rolling Stone, show creator Khouri said she picked this particular city for her musical drama because there’s no other city with such character and soul. “I’ve lived here and have friends here in so many different levels of the business. So I thought there was no way to get the authenticity anywhere else. From the musicians we have who are actual musicians, to the access to songs, to the way our actors have immersed themselves in the music community – it’s something that couldn’t be achieved if we decided to do it outside of Nashville.”

One of the best things about Nashville is the authenticity of the show. All of the actors who play artists on the show are actually singing with their own voices! No Auto-Tune here! However, it doesn’t come without a little bit of help from real musicians, especially when it comes to performing and recording. The cast gets music lessons from veteran Nashville artists who also happen to be the people appearing on stage with the characters as their band! Chris Carmack commented that these teachers are the ones to thank for the great music. “A lot of times, we’ll be on stage and turn around and ask, ‘How do you do this? Colin [Linden, lead guitarist in Deacon’s band] will sit down with us and go over all the guitar parts, note by note. I’ll learn the song by ear and show up, and he’ll go, ‘No, that’s not how we turned the guitar on this one.”

Callie Khouri is the creator, writer and director of Nashville and, as someone who once lived in Nashville with friends in the business, she knew exactly what kind of show she wanted to produce — right down to the actors who’d be cast! She said she wrote the character of Ranya James with Connie Britton in mind and refused to suggest a back-up actress for the role in case Connie Britton wasn’t on board. So just like Khouri, fans of Nashville would have a hard time picturing any other actor playing their favorite characters on the show, especially if their roles were swapped around! But when former soap actor Jonathan Jackson first auditioned for the show, he tried for the part of Gunner Scott. In reverse, Sam Palladio auditioned for the role of Avery Barkley! However, Khouri said Jackson performed powerful renditions of a few U2 songs and then his fate and role with the show was sealed.

2. The Show Brought Clare and her Fiance Together

Being on the hit show Nashville had not only a huge effect on her career, but it also improved her love life! The music from the show brought Clare and her future husband, Brandon Robert Young, together. The two met while she was performing songs from the show at Nashville’s Bridgestone Area with some of her co-stars. Brandon was asked to step in and perform her duet “If I Didn’t Know Better” that was originally sung by Scarlett O’Connor and Gunner Scott in the pilot episode. The two got engaged in December 2015 during her a performance at the Grand Ole Opry. In addition to getting married, they now write songs and perform on stage together.

In 2016, Lennon Stella, who plays the character of Maddie Conrad, went on a date with Chip Esten’s son, Chase Puskar, who is 17-years-old. On the show, this would be a little tricky because Chip Esten is her father, Deacon Claybourne, but in reality it’s super cute! Lennon is home schooled, so the pair went to Chase’s prom at Brentwood High School in Nashville.