Home » Entertainment » Celebrities » Cast Of She’s All That: How Much Are They Worth Now?

Cast Of She’s All That: How Much Are They Worth Now? 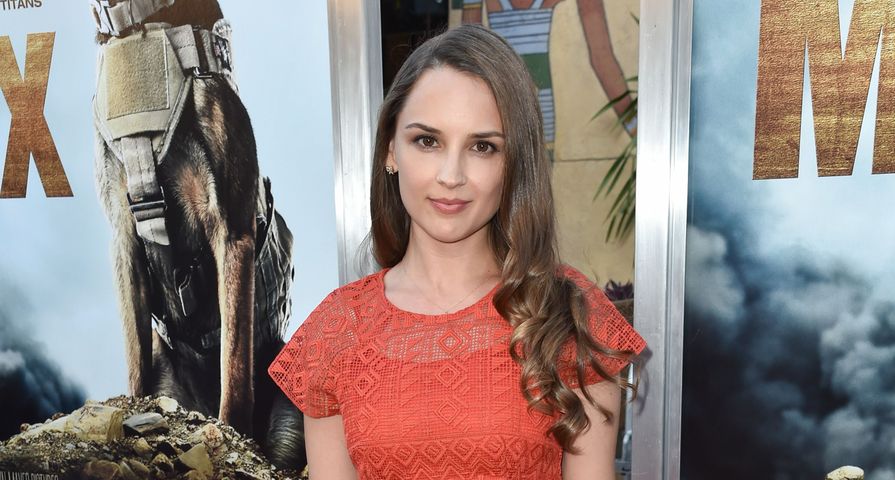 It’s inevitable in high school for students to form their own cliques. Birds of a feather seem to flock together, but when those groups collide, all sorts of wild things can happen…at least in the movies. She’s All That was a modern adaptation of My Fair Lady and played on the stereotypes involving a popular jock (Freddie Prinze Jr.) making a bet that he can turn a weirdo art nerd (Rachael Leigh Cook) into the school’s prom queen. Let’s all ignore the fact that she was still utterly beautiful as a weirdo art nerd, but the movie was fun, quirky, and full of awesome teen actors. Nowadays, those actors may be grown and some doing better than others when it comes to amassing their personal fortunes. From Freddie to Rachel to Lil’ Kim and Usher (yup, they were in the movie), check out what the cast of She’s All That is worth now.

Estimated Net Worth: $20 million. In 1999, Gabrielle Union appeared in She’s All That and Bring It On which, right there, makes her a staple actress on the ’90s teen movie scene. Regularly appearing in shows and movies, mostly as guest appearances, but regularly enough to keep her in the public eye, Gabrielle has done well for herself keeping busy and adding to her bank account bit by bit. All of her work has resulted in a personal estimated fortune of an impressive $20 million.

Estimated Net Worth: $18 million. She’s All That is listed as Lil’ Kim’s first acting gig and, of course, she appeared in the movie as one of the cool kids. Hanging out alongside Freddie Prinze Jr. and Paul Walker, in the movie’s popular crowd. Lil’ Kim may not have had the biggest role, but she was perfect for the part. Other acting gigs have come along for Lil’ Kim throughout the years, but it’s mostly her music that has helped her gain a fortune estimated at $18 million.

Things You Might Not Know About Freddie Prinze Jr.

Estimated Net Worth: $180 million. Lil’ Kim wasn’t the only musician to appear in the movie. Usher can also be seen in She’s All That doing exactly what you would expect him to be doing, handling the tunes. As the campus DJ (why don’t all schools have those?), he also didn’t have the biggest role in the movie, but that hasn’t stopped him from continuing to pursue his acting career. He’s tackled a list of parts over the years along with making his wildly popular music which means he’s currently worth an estimated $180 million. Yup, you read that right.

Estimated Net Worth: $500 thousand. If you think that Elden Henson looks familiar, that’s because you’ve seen him in many, many roles throughout the years. You might not have known his name, but chances are you first saw him back in the day playing on the ice in The Mighty Ducks alongside Emilio Estevez. Other roles have filled the years, but parts in The Hunger Games: Mockingjay – Part 1 as well as Part 2 and a biggie role in Daredevil as the superhero’s best friend and legal partner Foggy Nelson. All of this work may have padded his acting resume, but it hasn’t exactly filled his bank account. Although he’s not hurting for cash, he’s not quite on the multi-million dollar level that some of the others on this list are. Instead, Elden Henson has an estimated worth of $500 thousand. Not bad, Mighty Duck Foggy!

Estimated Net Worth: $4 million. Kieran Culkin may be the little brother of super famous former child-star Macaulay Culkin, but in She’s All That he played Simon Boggs, the younger brother of Laney Boggs played by Rachel Leigh Cook. Just as uncool as his older sister, Simon is bullied but gets some help from Freddie Prinze Jr.’s king-of-the-school character. Kieren has continued to act throughout the years, appearing in movies like cult-hit Scott Pilgrim vs. the World and has built himself a tidy little fortune of an estimated $4 million.

Estimated Net Worth: $14 million. Anna Paquin was Kieran Culkin’s equivalent as Freddie Prinze Jr.’s character’s little sister. But where Kieran played the geeky Simon Boggs, Anna played the cool and confident Mac Siler. A reasonable wiser-than-her-years voice for her older brother and the force behind loser Laney’s make-over, Mac was just another role along Anna Paquin’s continued road of fame. From her early award-winning acting in The Piano to her recent sultry vampire-filled hit True Blood, Anna has more than enough as she’s amassed an estimated $14 million.

Estimated Net Worth: $6 million. If you were wondering who had Lil’ Kim sitting on his lap, that was Dulé Hill who played the main character Zack’s buddy and was also the host of the movie’s epic party. Dulé went on to accept roles on popular television shows like The West Wing and Psych which was a bit of a departure from She’s All That but was definitely a  good career move that has helped Dulé Hill bank an estimated $6 million.

Estimated Net Worth: $25 million. Oh, Paul Walker, we miss you so! While he was with us, Paul charmed fans with his gorgeous blue eyes and charming good-looks that made him perfect for Hollywood. Working his way up from side-characters parts, like his jerky-friend role in She’s All That to his blockbuster Fast and the Furious franchise, Paul Walker passed while still in his prime leaving behind an estimated $25 million fortune.

Estimated Net Worth: $1.5 million. When Zack, the main guy character from She’s All That, is dumped by his girlfriend, it’s because she’s hooked up with Brock Hudson, the super-gross former reality TV star who appeared on MTV’s The Real World. Played by Matthew Lillard, Brock Hudson will go down in ’90’s movies history for his epic dance scene? “Give it to me! Give it to me! Give it to me!” He also appeared in movies like Hackers and Scream. Matthew Lillard hit his peak in the ’90s but has continued to find roles here and there both movies and on television, making him an estimated $1.5 million.

Estimated Net Worth: $1.3 million. Jodi Lyn O’Keefe played the popular prom-queen-destined Taylor Vaughn, who dumps her boyfriend and has her crown endangered by the art nerd Laney Boggs. Playing the conceited alpha-gal to perfection, Jodi Lyn O’Keefe followed up her She’s All That role with a lasting role on Nash Bridges and guest roles on Dharma and Greg, Charmed, Criminal Minds and plenty of others before landing more lasting parts on Prison Break, Two and a Half Men, and The Vampire Diaries. Keeping herself busy has earned her a tidy little fortune of an estimated $1.3 million.

Estimated Net Worth: $5 million. Rachel Leigh Cook played the lead female role in She’s All That, tackling the art-nerd, falafel-hat wearing makeover masterpiece Laney Boggs. Before her ’90s teen movie role, Rachel already had years of experience, having started working when she was just 10-years-old appearing in nation-wide campaigns for Milkbone and Target, as well as an anti-drug television spot. Rachel followed up She’s All That with various other roles, including appearing in Josie and the Pussycats as Josie herself and lending her voice to Robot Chicken. She hasn’t quite found wild fortune, but she’s doing fine for herself with $5 million.

Estimated Net Worth: $19 million. Before starring as the top-tier popular teen, Zack Siler, Freddie Prinze Jr. had just co-starred in I Know What You Did Last Summer and I Still Know What You Did Last Summer. His hacky sack performing part further established him as one of the biggest teen throbs in the ’90s. He kept busy with guest parts on shows like Friends and Fraiser before working on Freddie and Boston Legal. He’s continued to stay active and all of his work has helped him build an estimated fortune of $19 million.