Home » Entertainment » Celebrities » Cast Of Felicity: How Much Are They Worth Now?

Cast Of Felicity: How Much Are They Worth Now? 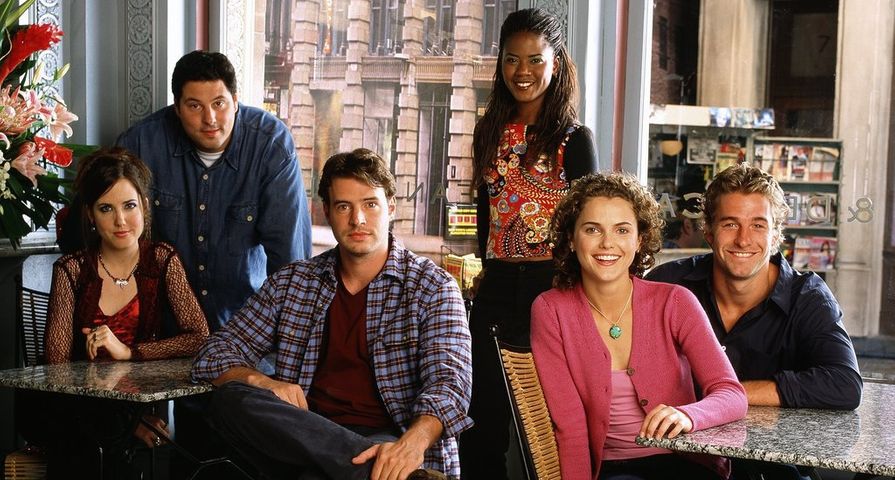 Felicity was not just another drama series, it had the minds of J.J. Abrams and Matt Reeves behind it and was widely acclaimed by critics and fans and has been named as one of Time magazine’s “100 Best TV Shows of All-Time.” Unfortunately for fans, Felicity only ran for four seasons from 1998-2002, capturing Felicity’s four years at the University of New York, and although more was wanted, it was not to be. Over the years since, some of the stars have faded away while others have continued to make a name for themselves in the entertainment industry. 14 years later, check out how much the cast of Felicity is worth now!

Estimated Net Worth: $10 Million. Donald Faison had a recurring role on Felicity for 23 episodes as Tracy. Before appearing on Felicity, Faison got his big start as Murray in 1995’s Clueless and went on to roles in Can’t Hardly Wait, Sabrina the Teenage Witch and the Clueless television series. He has rotated between appearing in films and television series, but he became most well known after starring on Scrubs as Dr. Christopher Turk. He has also provided voices on Robot Chicken and has appeared on Dancing With the Stars, and while his work seems sporadic, it has led him to an estimated net worth of $10 million.

Estimated Net Worth: $1 Million. Rob Benedict appeared on Felicity for 36 episodes as Richard Coad, which was one of his biggest roles. Prior to the series he had small roles in shows such as Chicago Hope and Buffy the Vampire Slayer. He has gone on to appear in several films and series and is best known for his parts in the comedies Waiting…, and Still Waiting…and most recently has appeared on the series Supernatural and Masters of Sex, all adding up to a net worth of $1 million.

Estimated Net Worth: $800 Thousand. Ian Gomez starred on Felicity as Javier Clemente Quintata, a friend of Felicity who is also her boss for most of her college years as she works at the coffee house he manages, Dean & DeLuca. Gomez is also known for his parts in the series Norm, The Drew Carey Show and Jake in Progress, while he also appeared in the film My Big Fat Greek Wedding and will reprise his role in My Big Fat Greek Wedding 2. He has had several single episode stints in many television shows and most recently starred in Cougar Town as Andy Torres. His many roles, yet lack of starring opportunities has resulted in a net worth of $800 thousand.

Estimated Net Worth: $300 Thousand. Before and above anything, Amy Jo Johnson will always be known for her role as Kimberly Hart aka “The Pink Ranger” in the ’90s series Mighty Morphin Power Rangers and the subsequent films Mighty Morphin Power Rangers: The Movie and Turbo: A Power Rangers Movie. Even though she had major fame from the role, her career never really took off and she appeared in some big-name movies such as Pursuit of Happiness, and of course appeared on Felicity for 50 episodes as Julie Emrick. She has most recently been seen on the show Covert Affairs and has also released three albums and an EP, yet her net worth remains suspiciously low at $300 thousand.

Estimated Net Worth: $500 Thousand. Amanda Foreman appeared on Felicity as Meghan Rotundi, Felicity’s interesting roommate who is a goth Wiccan who sometimes “casts spells” on Felicity and the others. The role was the first major part for the actress, but she has also appeared in Forever Young, Alias, What About Brian and had small roles in Six Feet Under, Unscripted and ER. She has recently been in the Star Trek reboot films as well as Private Practice, Parenthood and the MTV series Awkward. Even though she has had continuous work Foreman still only has a net worth of $500 thousand.

Estimated Net Worth: $3 Million. Greg Grunberg was a great recurring star on Felicity for a large portion of the show as Sean Blumberg, one of Felicity’s friends. Over his career which began in 1990 he has accrued 102 acting credits to his name and had mostly small roles before landing the role on Felicity. He has also appeared in movies such as Hollow Man, Austin Powers in Goldmember, Malibu’s Most Wanted, Mission: Impossible III, Star Trek, Super 8 and Stars Wars: Episode VII – The Force Awakens. Aside from his film roles he is also well known for TV roles in Alias, The Jake Effect, Heroes, The Client List and Masters of Sex. With his impressive resume it is surprising Grunberg is only worth an estimated $3 million.

Estimated Net Worth: $2o0 Thousand. Tangi Miller was one of the main stars of Felicity as one of Felicity’s best friends, Elena Tyler. Although she was loved in the show, she did not see much for her career past the show and has only had small roles in single episodes of multiple shows and had bigger roles in films such as Madea’s Family Reunion and Love…& Other 4 Letter Words. As a result of lack of major roles it is assumed Miller now only has a net worth sitting around $200 thousand.

Estimated Net Worth: $5 Million. Scott Foley first got his start in the role of Cliff Elliot in the first season of Dawson’s Creek, and that same year landed the role of Noel Crane, one of Felicity’s major love interests for the duration of the show. He has remained very relevant by starring or appearing in things such as Below, Scrubs, The Unit, Cougar Town, Grey’s Anatomy, True Blood and Undateable. He has also hit it big in television as one of the stars of the hit series Scandal. Thanks to his many big roles and successful career Scott Foley is worth a very respectable $5 million.

Estimated Net Worth: $8 Million. Keri Russell began her acting career in 1992’s Honey I Blew Up the Kid and never looked back. She continued on with roles in Boy Meets World, Clerks, Malibu Shores, and 7th Heaven before landing the lead as Felicity which was her breakthrough role and earned her a Golden Globe Award for Best Performance by an Actress in a TV-Series. Afterwards, she jumped right into a movie career with roles in We Were Soldiers, The Upside of Anger, Mission: Impossible III, Waitress, August Rush, Bedtime Stories, Dark Skies and Dawn of the Planet of the Apes. Now, Russell has returned to television success starring in FX’s The Americans for which she gets paid $100 thousand per episode. Her talents have made her an estimated net worth of $8 million.