10 Most Memorable Episodes Of Felicity 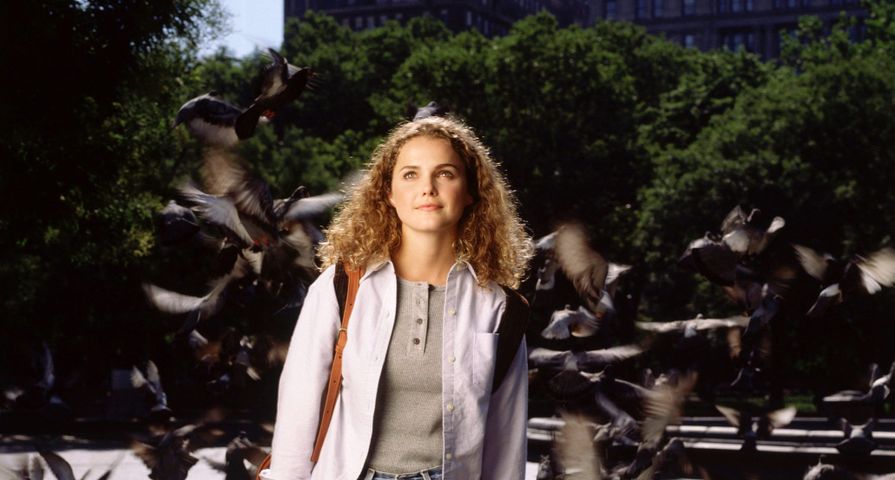 Felicity only aired for four seasons, but it’s forever imprinted on our hearts. Premiering on The WB on September 29, 1998, the drama followed Felicity Porter (played by Keri Russell), a promising young high school student from Palo Alto, California, who defies her parents’ wishes and follows Ben, the high school crush she barely knows (Scott Speedman) to college in New York City. Will she be a doctor or an artist? Which guy will she end up with? The premise is a little crazy, but certainly not as crazy as Felicity’s giant dorm rooms and apartments on the show. Whether you were Team Ben or Team Noel (Scott Foley, the Scandal hottie who has proved he doesn’t age), you can’t forget this quintessential late ’90s show, which covered everything from love triangles and controversial haircuts to date rape, stalking and drug addiction. Here are 10 episodes that stuck with us the most:

Many teenage girls can relate to Felicity, whom we meet when she’s just finished high school. She’s always been focused on her academic career, and plans to go to Stanford to study medicine, as her parents want. But has she sacrificed fun and a social life in her attempt to succeed? What else is out there? When does she get to make her own decisions and plan her whole life? When Ben, the crush she doesn’t think knows she exists, signs her yearbook, she starts spinning. Has she squandered her chance to be with this guy, or at least get to know him? Felicity makes an impulsive decision — probably the first one in her life — and moves to New York City to attend the same college as Ben (a fictional version of NYU). There, she meets her tough roommate Meghan (Amanda Foreman), her hot R.A. Noel, and aspiring musician Julie (Amy Jo Johnson). Looking back on the show, Felicity might seem a little boy-crazy to the extreme — but her adventure is still a fun ride.

This episode gets points for two reasons: first, it openly discusses a woman’s desire to have sex (no, it’s not just men who do), and second, Felicity is such a control freak and nerd that she goes about the whole thing in a pretty hilarious way. After coming back from winter break, Felicity decides that she needs to get rid of that whole virginity thing and tells Noel that she wants to have sex with him. She does research about it and engages in specific planning and scheduling, but ultimately it just doesn’t happen. Another memorable moment takes place when Blair gives Elena a scarf for a gift and she mistakenly thinks it’s a tiny miniskirt – she even tries to wear it that way, much to Blair’s amusement.

Remember that time Noel kissed Tyra Banks? Seriously — in 2000, the supermodel appeared on Felicity as Jane. Unfortunately for Noel, she had feelings for someone else — and besides, she got pretty mad when Noel admitted he was stalking her. Meanwhile, this episode was given its title based on a bunch of egg donor drama: Javier and Samuel ask Felicity to donate an egg so that they can have a child together, and she thinks about it — but Ben makes it very clear that he doesn’t want her to go through with it. Eventually, she agrees with him, realizing she couldn’t watch someone else raise her biological child.

Here are two things we never expected from Felicity when the series began: getting pregnant by accident and entering a beauty pageant — but she does both of those things in the fourth episode of season four. At the pageant, she makes friends with a singer, but also has to deal with a less-than-pleasant contestant named Denise. Felicity takes a pregnancy test and finds out it’s positive, but only tells Elena, who suggests that she go to a clinic and get a blood test. “I wonder if the pageant has a category for pregnant women,” Felicity says.

We really see how much Felicity has changed in this episode, when Ben and Felicity are all over each other. Gone is that academic nerd obsessed with school; in fact, Felicity is so into Ben that even though they’ve agreed not to see each other until after finals, she breaks her vow and spends a day with him in the hotel room he’s booked to unwind. The problem is, Ben has finished his exams, but Felicity hasn’t and she gets so distracted by their naked making out that she totally misses her art final. Ben feels bad about it, so he goes to the professor without Felicity’s knowledge and takes responsibility. The professor lets Felicity have one more day to finish a take-home essay, which Ben helps her with. Felicity ends up getting an A and is offered an internship, because apparently Felicity’s life is easier than most people’s.

If you’re into romance, this episode is for you! At this point in season two, Felicity is dating Greg, and has gone away for the weekend with him — not knowing that Ben has followed them, planning to finally tell Felicity that he’s in love with her. When Ben shows up at the door, ready to declare his love, Felicity slams the door in his face and refuses to listen to what he has to say. Then there’s a mishap with some toxic wallpaper chemicals AND a burst pipe (college, huh?) and everybody has to sleep in the cafeteria. Things get more intense: Felicity decides to forgive Ben, and Meghan gives Ben hope by saying that Felicity still has feelings for him. Ben crashes her date with Greg and asks for another chance, but this time Greg punches him. Felicity is sympathetic, but ultimately leaves with Greg.

The series finale of Felicity might be frustrating, but you can’t deny that it’s memorable. A bit of background might help illuminate why Felicity went so crazy at the end. Originally, the show’s studio ordered 17 episodes of the show — and that’s why episode 17, when Ben follows Felicity back to their hometown in California, feels like it might be a finale where everything comes circle and the characters’ various stories get resolved. But then the studio wanted five more episodes, so the writers came up with an entire whole alternate reality/dream sequence that confused many viewers. (In episode 21, Felicity tells Noel she traveled through time for him — and we understand why he thinks she’s nuts.) Eventually, Felicity ends up with Ben — but only after we discover that he cheated on her. They attend Noel’s wedding to Zoe, but do we really believe that Noel was in love with Zoe? Maybe Felicity should have just stuck with simple present-day stuff.  You can easily go down a rabbit hole of online forums to discuss the various parts of the last five episodes that don’t make any sense.

We can’t decide if Noel’s and Felicity’s first kiss is super ’90s or just super nerdy. Felicity and Noel first kiss while playing a spirited game of Boggle in her dorm room. Not Spin the Bottle (that’s another episode!). Not Truth or Dare. Boggle! Of course, things get complicated: Felicity’s roommate Meghan walks in on them and spreads rumors about what she saw. Felicity agrees to go on a “maybe date” with Noel, but just as she’s realizing she might have feelings for him, he reveals that he has a long-distance girlfriend, Hanna (played by Jennifer Garner — who actually married Scott Foley in real life before marrying Ben Affleck). Upset, Felicity storms out of the restaurant. It might be a frustrating episode, but Felicity’s first kiss with Noel is important, its circumstances are hilarious, and its fallout is so classically teenage.

How did it take this show four seasons to give us an intense, juicy game of Spin the Bottle? (Perhaps the answer is “Boggle”). In this aptly titled episode, Noel tells Felicity something we knew for a long time: she’s never going to get over Ben. First, Julie tells Felicity she’s going to make a move on Ben and Felicity says she’s fine with it, but she isn’t really. When everyone is out at a restaurant, Ben makes Felicity upset when he says that Felicity always worried Ben would cheat on her, when in the end she actually was the one to cheat on him. Back at the loft, Meghan convinces everyone to play Spin the Bottle (what an instigator!). Ben and Julie kiss passionately, making Felicity visibly upset. Hmm. Maybe she and Noel shouldn’t get an apartment together?

Considering Felicity is a show about a girl who follows a guy across the country, the big question of the first season is this: when are they gonna hook up? Team Ben viewers got their wish in the first season’s finale, when Felicity and Ben finally kiss for the first time. In the episode, Felicity tells Ben that she can’t join him on a road trip because it wouldn’t be fair to Julie, the woman he’s been seeing. Noel, meanwhile, offers her a ticket to Berlin, but she says she can’t make a decision yet and needs to think about it. Later, Ben kisses Felicity, making her freak out and decide to go with Noel (What?! Girl, why are you running from the dude you traveled across the entire country and made life decisions for?). Julie has seen Ben and Felicity flirt, though, so the writing’s on the wall for that couple. The drama groundwork for season two has officially been laid.