Home » Entertainment » Celebrities » Cast Of Boy Meets World: How Much Are They Worth Now?

Cast Of Boy Meets World: How Much Are They Worth Now? 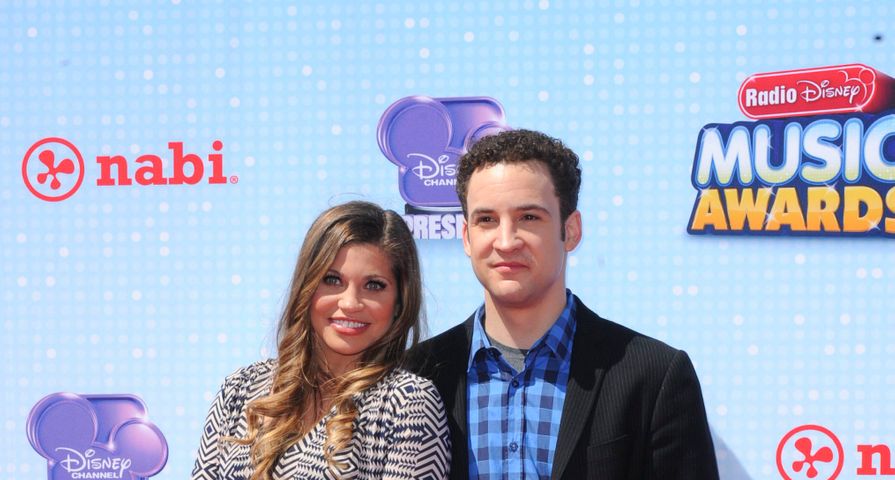 It truly was the end of a great run when Boy Meets World went off the air in 2000. Through seven seasons, fans watched the antics, emotions, ups and downs of Cory Matthews, his friends and his family and loved every minute of it. Even though it first aired over twenty years ago and has been off the air for 15 years, fans still avidly watch re-runs and the characters are still some of the most beloved from ’90s television. Until Girl Meets World began airing in 2014, not much was seen or heard from the stars of the show which made them pop culture icons. Everyone was wondering — did they have enough money to step out of the spotlight and live comfortably? Check out how much the cast of Boy Meets World is worth now!

Estimated Net Worth: $300 Thousand. Way back before the high school and college years, the group began in the first grade and one of the major characters was Stuart Minkus. As the class “geek” who was in love with Topanga, Lee Norris knocked the role out of the park; however, his character only lasted 23 episodes. Norris continued to act and became best known as Marvin “Mouth” McFadden on One Tree Hill, and also had roles in other films and shows. He has reprised his role as Minkus, who had a son in the same class as Cory and Topanga, on Girl Meets World. While Lee Norris has had a respectable acting career, he is not rich by Hollywood standards and is only worth an estimated $300 thousand!

Estimated Net Worth: $1 Million. Maitland Ward became a star of Boy Meets World as Rachel McGuire, the love interest of both Eric and Jack beginning in Season 6. She had already had her start in TV as a recurring character on The Bold and the Beautiful from 1994-1996, but her acting career drastically slowed down following Boy Meets World. She has made headlines for her very provocative and revealing outfits and has a net worth of $1 million.

Estimated Net Worth: $100 Thousand. Trina McGee joined the cast in early Season 5 as Angela Moore, who would become the longtime girlfriend of Shawn. She also had several series roles under her belt before Boy Meets World and has continued acting off and on in the year since, but not in anything major. She did reprise her role for one episode of Girl Meets World; however, her lack of big roles have also landed her with an estimated net worth of $100 thousand.

Estimated Net Worth: $4 Million. Matthew Lawrence began acting at a very young age, beginning with a role in Dynasty. He quickly built up his career appearing in Sara, Gimme a Break!, Planes, Trains & Automobiles, and of course Mrs. Doubtfire. He and his brothers also enjoyed their own TV series Brotherly Love from 1995-1997 and in 1997 he joined the cast of Boy Meets World as Shawn’s half-brother Jack Hunter. He has continued acting, and also reprised his role in an episode of Girl Meets World and has had some of the most success out of the cast with a net worth of $4 million.

Estimated Net Worth: $5 Million. It might have been Boy Meets World, but there is no denying that the linchpin of the series was William Daniels as Mr. George Feeny. Daniels began his career as a dancer and at 15 transitioned into acting where he has had a long and impressive career. Some of his best-known roles include portraying the father of Dustin Hoffman’s character in The Graduate and as the voice of K.I.T.T. in the ’80s show Knight Rider. Since Boy Meets World, Daniels has appeared in many shows including The Closer and Grey’s Anatomy and of course he made a reappearance as Feeny in Girl Meets World. All his hard work and 118 acting credits have paid off — he has a net worth of $5 million.

Estimated Net Worth: $500 Thousand. Without a doubt, Boy Meets World would not have been what it was without the amazing humor of Will Friedle as Eric Matthews. His character was always on and provided some of the best comic relief of any ’90s show. Many assumed Friedle had stepped out of the industry following the show, but he actually transitioned to voice acting where he has lent his voice to numerous popular animated series including Kim Possible, Batman, Thundercats, Transformers and Marvel’s Guardians of the Galaxy. He also reprised his role as Eric in three episodes of Girl Meets World, and with all of his consistent hard work, it is surprising he only has a net worth of $500 thousand.

Estimated Net Worth: $8 Million. Danielle Fishel got her acting start on another ’90s series Full House and had a few other roles before being cast in the lead role of Topanga Lawrence on Boy Meets World. As one of the stars, she had a respectable salary and afterward continued to act and became a correspondent on The Tyra Banks Show and hosted a couple shows on the Style Network and Fuse TV. After a few film roles as well, Fishel agreed to star in the show’s spin-off Girl Meets World, which only added to her very respectable estimated net worth of $8 million.

Estimated Net Worth: $6 Million. Rider Strong began acting at a young age, starting in theatre before transitioning to TV roles. He had roles in a few series including Julie, before becoming Shawn Hunter in Boy Meets World. He ended up taking fewer acting roles when focusing on his studies but landed a role in the short-lived series Starship Troopers: The Series, as well as a lead in Pepper Dennis. He also appeared in several films including Cabin Fever and Cabin Fever 2, and delighted fans when he reunited with Cory and Topanga as Shawn for four episodes of Girl Meets World, and through it all has amassed a net worth of $6 million.

Estimated Net Worth: $12 Million. Ben Savage may be best known as Cory Matthews on Boy Meets World, but he got started years before, appearing in his brother’s show The Wonder Years for one episode, and then on Dear John USA and A Family For Joe. While he earned most of his net worth in his seven years as the lead character on Boy Meets World, he continued acting, appearing in single episodes of many TV shows before making his comeback as Cory in Girl Meets World. Of course, he could afford to be picky about his roles with a net worth of $12 million.