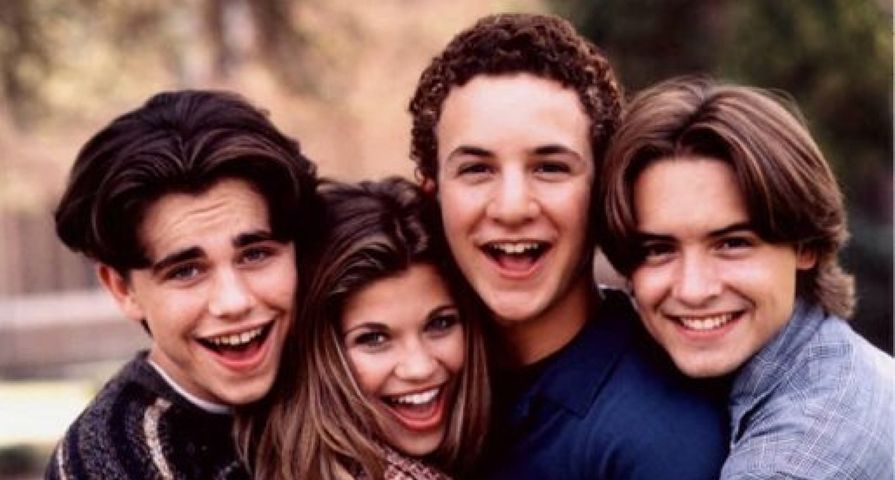 In terms of “kids” shows Boy Meets World had one heck of an impressive run, lasting for seven seasons from 1993-2000; however, it isn’t that surprising because the show was awesome. Luckily, its popularity was so great that Disney rebooted the story bringing back a lot of fan favorites as Cory and Topanga raise their own children and we follow the adventures of their 13-year old daughter Riley Matthews in Girl Meets World. While it is nice to see the show was so well-loved it garnered a second-generation, Boy Meets World fans know it will not get better than the original show and since it has been over 20 years since it first aired and more than 15 since its last episode, reminisce with 10 Things We Miss About Boy Meets World.

Boy Meets World was one of the innocent family-friendly sitcoms that still did not lack for entertainment. Even though there wasn’t the same level of dramatics seen on shows today, it was still a great show and even though it was very funny, it worked very hard to teach a lesson. Whether it be learning from Mr. Feeny, their parents or each other, we usually related to a situation Cory, Shawn, Eric, or Topanga found themselves in or had something to learn at the very least. Things got serious when it came to Shawn’s family life, his dad dying and him joining a cult, yet Boy Meets World taught us family means a lot more than just blood relations.

Even as the character’s grew up and went to college the show continued to be great, which sometimes is not the case as popular shows draw away from what fans are used to. Of course, it didn’t change that much as all of our favorites went to the same school including Mr. Feeny who came along to teach, plus we were introduced to some excellent new cast members around the same time including Matthew Lawrence as Jack Hunter, Trina McGee as Angela Moore and Maitland Ward as Rachel McGuire. Of course, as they got older the “innocence” sort of wore off as more adult storylines were brought in, but still it was much more toned down than most shows.

Sure, Boy Meets World introduced us to our original “bad-boy” crush with Shawn Hunter (Rider Strong) but a more mature crush developed when Jonathan Turner portrayed by Anthony Tyler Quinn showed up to teach English class. He had all the right things to make us instantly like him: the confidence, the hair, the style, the looks and he rode a Harley. Not to mention his heart when he took in Shawn after he had been abandoned by both parents. Perhaps what makes us miss Mr. Turner the most is that he inexplicably disappeared from the show, and our lives after season 4, episode 21 in which he is involved in a serious accident on his motorbike.

An honorable mention for an older crush also goes to Alan Matthews played by William Russ; however, that’s not why we miss him. Instead of being overbearing or unrelatable, Amy (Betsy Randle) and Alan Matthews were the perfect mix of parents who can be friends with their children as well as providing reliable parenting and solid advice and comfort when needed. Alan and Amy were humorous and caring and even though they had three very different children, they were the best parents imaginable to all of them.

As if the show wasn’t innocent enough, one of the revolving jokes was about hair in the show, but naturally was still funny because the actors were great. Cory (Ben Savage) always had an issue with the fact his hair grew naturally into tight curls, meanwhile his brother Eric and his best friend Shawn had the perfect ’90s swooping hair that they could run their hands through to attract the ladies. Not to mention that Topanga (Danielle Fishel) had the best hair ever and even when she cut it to show Cory that looks don’t matter, it still looked great. The jokes about hair were funny and the fact that an episode could be based around it to teach a lesson and still be entertaining just goes to show how awesome Boy Meets World really was.

In retrospect Chubbie’s was a bit sketchier than it initially let on, due in part to the fact that many guys came in and out of the show claiming to be Chubbie himself. While they apparently couldn’t get one actor to commit to the role itself, the establishment was a key part of the show as a place where all of the characters of all ages would come together. Like most hangout locations in shows, Chubbie’s was central to either drama starting or being resolved which made it important in a lot of the episodes’ development. Of course, we also miss it because it truly was a cool place; resembling a great pub, Chubbie’s had good food, pool tables, a jukebox and a dart board, making us all wish there was a Chubbie’s we could visit after school.

Without a doubt the show was about Cory, but that didn’t stop his older brother Eric Matthews, played by Will Friedle, from being the absolute funniest thing about it. Fans of the show will never, ever get enough of Eric’s “Feeny Call” not to mention his ability to pull off the perfect “air-head” type of character, constantly being funny without intending to be. Sure Eric had his serious moments but he was without a doubt the best source of comedy and Friedle’s deliverance was completely convincing: “My name is…Plays With Squirrels.” Again, thanks to Girl Meets World we haven’t seen the end of Eric Matthews.

There would be no Boy Meets World if it weren’t for dedicated teacher/principal Mr. George Feeny who conveniently happens to be the next door neighbor to the Matthews’ family. Although William Daniels who plays Mr. Feeny appears to be a pompous old man, he is both hilarious and strict and may be the best mentor that any of the children could ask for. Even Amy and Alan turn to Feeny for help because he was without a doubt one of the wisest characters on television and an integral part of the show. The series may have been about Cory growing up and “meeting the world” but he would have absolutely no idea how to do it if it hadn’t have been for Mr. Feeny to guide him every step of the way and, again, we would have missed out on his hilarious relationship with Eric.

For just a ’90s sitcom, the friendship between Cory Matthews and Shawn Hunter (Rider Strong) has gone down in TV history as one of the best bromances of all time. These two defined for a whole generation what being a true friend really meant and is probably a large reason the show was so successful-because it was so real and relatable thanks to their bond. Originally, there was supposed to be a third best friend in the group and it’s clear why no actor fit in, because no-one, not even Topanga, could get between their friendship. They may have fought sometimes but no matter what they were always there for each other.

When it comes down to it Cory Matthews and Topanga Lawrence had one of the best TV romances of all time. They met when they were only in 6th or 7th grade yet they stuck together until they eventually were married, and fans were a part of each development as they grew up together. Sure, they may have given us unrealistic relationship expectations from a young age but we loved them just as much as they loved each other and even though we realized we weren’t going to be with our middle school crush forever, it was obvious there was no one better for them than each other. Even though Girl Meets World doesn’t live up to the same greatness once held by Boy Meets World, nothing makes an avid fan happier than getting to see one of their favorite childhood couples as parents in the next stage of their lives.