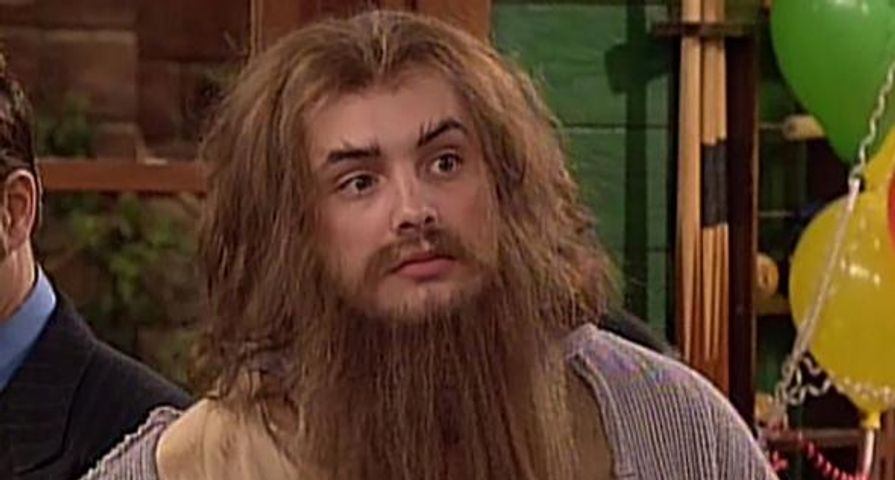 Boy Meets World still holds a soft spot in the heart of fans, and not only was it popular when it aired from 1993-2000, it remained so popular, it got its very own spin-off in 2014: Girl Meets World. It may have seemed like a “squeaky clean” family show, but it was so much more than that, and above all, it was really funny which was thanks in large part to Will Friedle as Eric Matthews. All of the characters had their moments, but Eric was without a doubt the funniest thanks to his perfectly crafted lines and extremely well done facial expressions. His humor wasn’t all family safe either. It was sometimes dark and sexual, but it was always hilarious. Check out Eric Matthews’ 10 funniest moments from Boy Meets World.

Eric and Cory may not have seen eye to eye on everything, but he was a very loving older brother, who always meant well even though his plans were rarely executed properly. As brothers, they were also very different and Eric always seemed to have a way with the ladies and Cory didn’t, but that doesn’t mean it should have been Eric giving Cory the sex talk. “Cory, sex is like a bike without training wheels. If you try it before you’re ready, you’re gonna fall off and break your head.”

In the season 7’s episode “Angela’s Men,” Angela’s army father comes for a visit and decides to let Eric know exactly what he thinks of him before leaving. While most people would be quite upset over being called a disgrace to “humanity in general,” Eric was not and had a classic Eric reaction, making it yet another great scene of comedy in the show.

Although Eric was known more for his looks than brains, there were a few moments throughout the show where he was the voice of reason, and had some enlightening moments. One of those times he used his big brother status to give Cory some cold, hard facts about growing up and facing life. “Life’s tough, get a helmet.”

Given that he didn’t necessarily excel at academics, Eric’s life after high-school hit a bit of a rut as everyone else went off to college. This of course allowed for even more of his antics. He decided to become the “Good-Looking Guy” detective, complete with his own theme song.

Even Eric’s happy-go-lucky nature was no match for Corinna, a very bright and optimistic singer who took up shop outside of Alan Matthews’ store. Normally, Eric is up for dating pretty much any girl, but even he couldn’t handle Corinna’s disposition and constant singing, resulting in a very funny episode and one hilarious (yet kind of sad) lunch date.

5. And Then There Was Shawn

In Season 5, Boy Meets World parodied horror movies with the episode “And Then There Was Shawn.” As always, the episode was well done with a minimal set, and while in the episode people were dying and the group was panicking, there was Eric, who could never grasp the severity of most situations. The whole episode includes sporadic moments of Eric’s humor and, of course, a run-in with horror star at the time Jennifer Love Hewitt from I Know What You Did Last Summer.

As fans quickly came to learn, Eric wasn’t like other people, and that was never more apparent to his parents in the Season 3 episode, “The Pink Flamingo Kid.” Apparently when Eric talks to himself, he calls himself Kyle.

Wherever Eric goes, it doesn’t take long for disaster to follow, which played a large part in Shawn becoming Cory’s best man for his wedding to Topanga. When Eric goes over to convince Cory he should be the best man because he is “bigger and stronger” than Shawn, he inadvertently sets Cory’s dorm on fire which doesn’t stop his singing or the hilarity.

Out of all his one-liners and funny expressions, one of the most defining Eric Matthews’ moments is in the flash-forward episode “Seven the Hard Way” in the show’s final season. In the episode, a falling out with Rachel that isn’t repaired means in the future the entire group stops being friends and goes their separate ways, only coming together for Feeny’s retirement party. Last to enter is Eric, who became a hermit and renamed himself Mr. Plays With Squirrels.

No matter how many times he did it or how he did it, the classic Mr. Feeny call from Eric, was always a great moment in any episode it occurred. “Admit it, you like the Feeny call.”