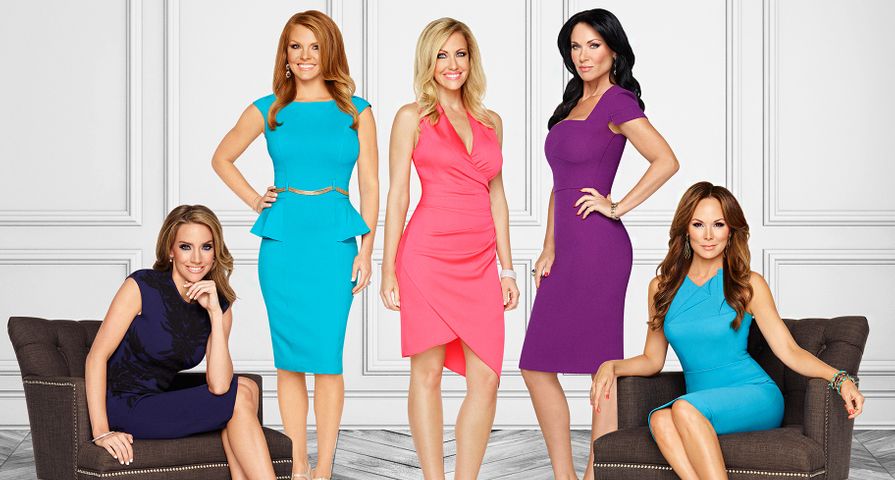 9. The Show Breaks Down Dallas Stereotypes

The Real Housewives of Dallas set out to show a different side of this Southern city. Most people associate Dallas, Texas with a very simple, backcounty feel. “We are far from a hick town and I am far from a Southern belle,” said LeeAnne Locken during the premiere episode. The ladies told the local Dallas NBC does a lot to break down typical stereotypes, “We show the cosmopolitan flair. We show the new Dallas woman, not the Sue Ellens and women like that. We’re working moms and career women and I’m very passionate about my career, so I think people will be pleasantly surprised. I mean, I do have big hair, but the typical stereotypes of Dallas and the Dallas women will be broken.”

As the oldest and most outspoken housewife on The Real Housewives of Dallas, LeeAnne Locken, 48, has quickly deemed herself the new NeNe Leakes of the Real Housewives franchise. She openly admits she’s the ‘villain’ of this season and it’s most likely because she is much more confrontational than the other women and is easily the loudest in the group.

7. Not All The Women are Rich

Fans of the Real Housewives know the show is all about portraying the lavish lifestyle of women who either come from a lot of money, or make a lot of money in their business endeavors. Despite being about ‘housewives’ the show definitely caters more to hardworking, go-getter business women who have become extremely successful in their careers. However, The Real Housewives of Dallas will be a little bit different than some of the other shows within the franchise. Tiffany Hendra, 44, was an aspiring actress living in Hollywood who recently returned to her roots in Dallas. She is married to an aspiring musician and operates her own YouTube channel and lifestyle blog called Sanctuary of Style. Meanwhile, LeAnn Locken has been candid about the fact that she doesn’t have the same money her charitable friends have. She runs with the crowd, but definitely doesn’t have the same financial status to back it up. Although, Brandi, Stephanie and Cary seem to live a bit more of a luxurious lifestyle, Locken said in an interview with NBC that none of them have ‘mega money.’

None of the women on the show are chasing fame, they mostly just want to do it for the charity, at least that’s what they told NBC during an interview. You won’t see any of these women pushing their own products or companies like we do with other housewives (hint hint, Bethenny Frankel, Ramona Singer and Teresa Guidice), but that could easily change if the show gains more traction. Another thing that sets RHOD apart is the huge focus on charity and the impact it can have on a community. Stephanie Hollman said, “I do feel like it’s a great opportunity to, you know, speak for great causes and it gives you a really good platform and hopefully we can use it for something good.”

5. The Real Housewives of Dallas is Real

The show is real. Many of the women on The Real Housewives of Dallas have extremely colorful personalities, some more than others, but the things these women say and do just can’t be scripted, especially when it comes to the red-headed cheerleader, Brandi Redmond. Brandi said, “I can say that from actually being on it, it is real. And in those moments, they’re so real and it’s the way you’re feeling. And I can say I’m so proud of the show and what we filmed. And there are moments that I look and I’m like, ‘Oh, my gosh. I can’t believe I did that.’ But I’m going to own it, because I said those things.”

4. The Friendships are Real

We must admit, one of the best things about watching The Real Housewives of Dallas is seeing the friendship between Brandi Redmond and Stephanie Hollman. These two women are like little school girls when they’re together! It’s totally immature, but hilarious. This leads into the fact that the friendships on RHOD are very much real, at least some of them. Unlike some of the other shows in the past, the friendships on this show existed prior to filming. Brandi Redmond and Stephanie Hollman were of course best friends before joining the show. Their husbands are also close friends and a quick scroll through their social media pages will prove these two actually hang out even when the cameras aren’t around. In addition, the friendship between LeeAnne Locken and Tiffany Hendra is also real. These two were acquainted prior to filming from their time on the Dallas social scene years ago and at one point even lived together!

3. These Women Signed up for Marriage Counseling

On the show, former Dallas Cowboys cheerleader, Brandi Redmond, has been extremely candid about her marital issues with Bryan. During an interview with McCarthy’s SiriusXM radio show she said the two went to therapy before and during filming season 1 of The Real Housewives of Dallas in order to prepare their marriage. “I did therapy the whole way through filming too. I just wanted to make sure I was communicating, that I was keeping my priorities straight…a lot of time I would cry about the girls, you know.” Another housewife who took on counselling while filming was Stephanie Hollman. Hollman told NBC she used the opportunity to better her marriage with Travis. “I wanted a sounding board to make sure that the most important things in my life, which is my family, were taken care of before anything else…My family is my priority. It always has been and always will be, and my children.”

2. Advice From Other Housewives

The Real Housewives of New York City star, Dorinda Medley gave Brandi some pretty solid advice to prepare her for joining the Real Housewives franchise. Brandi said, “Dorinda actually gave advice, that, ‘If you’re doing this, you need to be having fun, because if you’re not having fun, it’s not worth it.'” Brandi said this was the best advice she could have gotten. From what we’ve seen on RHOD so far, looks like Brandi is having a lot of fun…especially with a little help from the Jesus juice.