Home » Entertainment » Celebrities » Things You Might Not Know About Meg Ryan 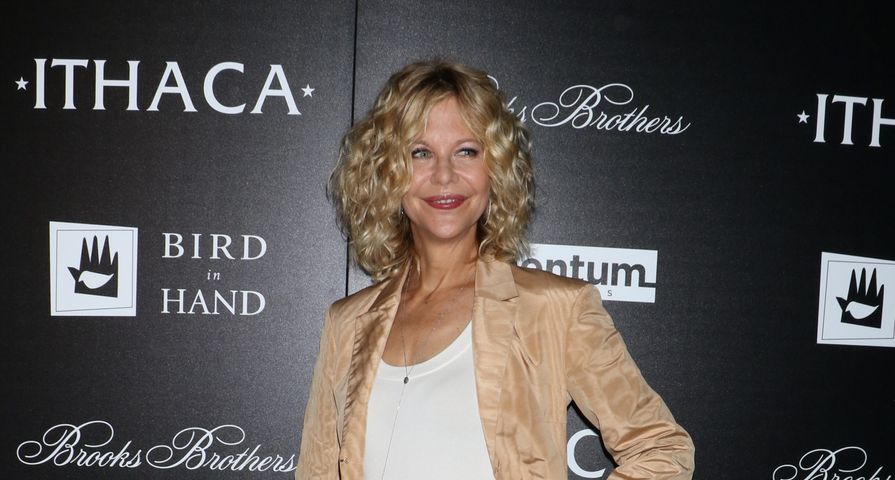 Meg Ryan is one of the most recognziable actresses in the entertainment industry, having graced both the large and small screen over the years, and even took on the role of director! Thanks to her sweet and unique personality, and her many great roles she has amassed a very large and loyal fanbase who have stuck by the actress even when she went on hiatus from the industry. Get to know her better with these 10 things you didn’t know about Meg Ryan:

Margaret Mary Emily Anne Hyra is one heck of a name and understandably did not make a lot of sense for the actress to start her career on. As it turns out, for most of her life, she has rarely gone by her real name and in high school actually went by “Peggy” to friends and family. Once in Hollywood she chose the name Meg Ryan because Meg is a version of Margaret and Peggy, and Ryan was her grandmother’s maiden name.

Margaret Mary Emily Anne Hyra was born on November 19, 1961 in Fairfield, Connecticut to Susan Jordan and Harry Hyra. Her mother worked as an assistant casting director, but was a housewife when she had children and her father was a math teacher. Meg, along with her two sisters Dana and Annie and brother Andrew, was raised Roman Catholic and attended St. Pius X Elementary School. In 1976, when Meg was 15 years old, her parents got divorced.

7. Relationship With Her Parents

When Meg was 13 years old, her parents moved the family from Fairfield to nearby Bethel, but it also meant the dissolution of Meg’s parents’ marriage. After amicably splitting in 1976, they made the decision for Harry to stay home and take care of the children while Susan moved out and continued to live in Connecticut, but commuted the 65 miles to Manhattan to try to find work, and from that moment on, Meg’s relationship with her mother was strained. After her mom took two of Meg’s siblings in to live with her, she hasn’t had much of a relationship with them either. “We’re really kind of, not on bad terms. I really don’t know her that well,” her brother Andrew said. Now, Meg’s father says he has a “talking relationship” with his daughter, and although they aren’t too close, they are much closer than Meg and her mother.

After graduating from St. Pius X Elementary School, Ryan attended Bethel High School in Bethel, Connecticut. Unsurprisingly, she began to shine there where she was voted the “cutest” girl in school, was the class secretary and was the homecoming queen her senior year. To top it all off she was also named Prom Queen in her senior year in 1979.

After graduating high school, the soon to be actress attended the University of Connecticut and then moved to New York to attend New York University where she majored in journalism. Although school was her main focus, it was also expensive, so in order to try to make extra money, she began to look into acting. In 1981 she landed her first ever role in the film Rich and Famous, and the next year got her breakout role in the soap opera As The World Turns, but she became a full fledged leading lady thanks to her starring role in the iconic film When Harry Met Sally…

It really did not take long at all for Meg Ryan to be one of the most sought after and most beloved actresses in Hollywood. Since beginning her career in 1981, Ryan has racked up 48 acting credits to her name and it has all amounted to a very impressive estimated net worth of $45 million. Of course, it is thanks to her many starring roles in films such as You’ve Got Mail, When Harry Met Sally, Sleepless in Seattle, Kate & Leopald, and providing the voice for the 1997 animated film Anastasia.

Despite success and breaking away from her typecast roles in romantic comedies, Meg Ryan took a break from the industry following the failure of her 2004 sports drama Against the Ropes. She took time off to refocus and focus on her children, and returned in 2007 with a starring role in The Land of Women with Adam Brody and Kristen Stewart. In 2009, after a role in Serious Moonlight and Curb Your Enthusiasm, Ryan went on hiatus again for another four years. This time her return has been much smaller, and in fact she chose to step behind the camera and direct and star in the 2015 film Ithaca, and admitted in an interview, “I am a terrible celebrity. If I started my career today, I wouldn’t have a chance. It’s a totally different experience. Social media has changed things. It’s so vast and big.”

On Valentine’s Day in 1991, Meg Ryan entered the world of high-profile marriages when she married fellow actor Dennis Quaid. The pair had first met in 1986 while shooting the film Innerspace, but they did not actually fall in love until about a year later when they filmed their second movie together, 1987’s D.O.A. On April 24, 1992, the pair welcomed their only child together, Jack Quaid. After ten years of marriage Ryan and Quaid separated and finalized their divorce in July of 2001. Five years later Ryan adopted a 14-month girl from China whom she named Daisy True. Ryan’s biggest relationship since her split with Quaid has been with singer John Mellencamp who she dated from 2010 until 2014.

Meg Ryan got a lot of major roles in the ’80s to the ’90s, most of which were in romantic comedies, but as it turns out, she could have appeared in many others. Ryan reportedly turned down Nicole Kidman’s role in 1995’s To Die For; in 1997, she lost the lead role in Washington Square to Jennifer Jason Leigh; and she was offered the starring role in 1990’s Ghost but turned it down and Demi Moore got cast instead. Some other major roles she turned down include Vivian Ward in Pretty Woman, which went to Julia Roberts, Clarice Starling in The Silence of the Lambs, and Shelby Eatenton-Latcherie in Steel Magnolias.