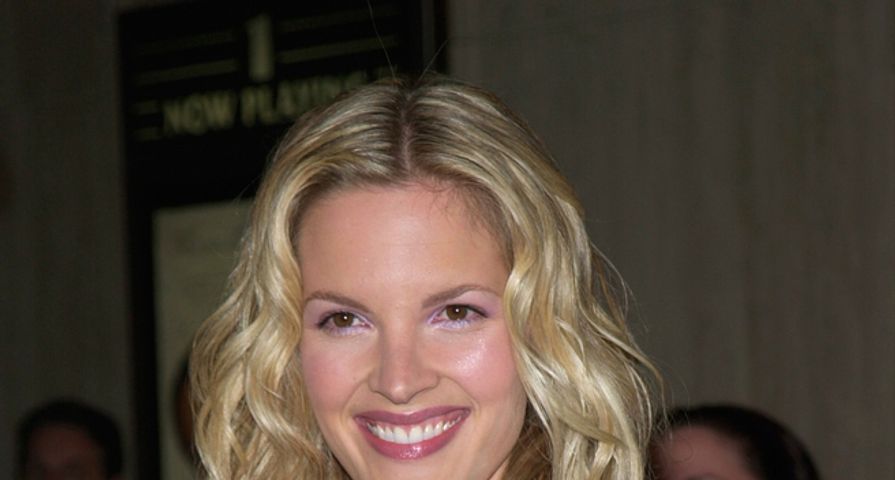 Easy & Difficult Actors To Work With According To Their Co-Stars

The allure of Hollywood beckons some rare talent, but those that step into the limelight aren’t always chasing the camera. For many, the need to escape the public eye and focus on their families takes precedent, and this list takes a look at the famous femmes who took a break from acting, possibly for good.

During the ‘90s, Rebecca Gayheart was first known as the Noxzema Girl because she was a spokesperson for the company, but she quickly established herself as an actress with her recurring role on Beverly Hills, 90210 and her film roles in Urban Legend, Jawbreaker, From Dusk Till Dawn 3: The Hangman’s Daughter and Harvard Man. While she’s had a number of television roles in shows like Dead Like Me, Nip/Tuck and Vanished, her work slowed down and since 2009 she has only had four roles.

During the ‘90s, Linda Fiorentino was a busy actress. She had roles in The Last Seduction, Men in Black and Dogma. She continued to act during the early to mid 2000s, but only sporadically. Then, after her role 2009 role in Once More with Feeling, she completely stopped acting. In 2018, she was sued the German production company Art Oko Film for $5 million for refusing to report for rehearsals, makeup, and camera tests and of feigning illness.

Heather Locklear became a huge star during the ‘80s and ‘90s thanks to her roles on the primetime soap Dynasty, the ABC cop drama T.J. Hooker, the primetime drama Melrose Place and the ABC sitcom Spin City. While she somewhat recently had a recurring role on Hot in Cleveland and a main cast part on Franklin & Bash, her only acting parts in recent years was a recurring role on Too Close to Home and one episode guest part on Fresh Off the Boat.

Jenna von Oy’s most famous role to date was as Six LeMeure on Blossom. Since that show ended, she played Stevie van Lowe on The Parkers and voiced Trinket St. Blaire on Pepper Ann. She also had guest-starring on episodes of 7th Heaven, Moesha, Cold Case and Family Guy. The last role she had was in 2012 in the film Lukewarm and the competition show Battle of the Network Stars in 2017 where she appeared as herself. While she may have given up on the whole acting thing, she has been dabbling in country music. In 2007, she released her debut album Breathing Room.

Mackenzie Rosman played the adorable Ruthie Camden on 7th Heaven. Since the show ended, her biggest role has been as a guest star on The Secret Life of an American Teenager. The last roles she had was in Ghost Shark and Nightcomer in 2013, which was around the same time that she appeared in Maxim magazine wearing nothing but her underwear.

Tracey Gold is best known for her role as the overachieving middle child Carol Seaver on the 1980s sitcom Growing Pains. Although she continued to act after the series ended, she has mostly starred in television movies and made a few guest appearances on television series like Melissa & Joey. Since 2013, she’s been in the TV movie I Know Where Lizzie Is, Battle of the Network Stars where she appeared as herself, and Daily Blast, which she hosts.

Lark Voorhies biggest role to date was as Lisa Turtle on Saved by the Bell. After the series ended, she appeared in several soap operas and sitcoms, including Days of Our Lives, The Bold and the Beautiful, Star Trek: Deep Space Nine, Family Matters and The Fresh Prince of Bel-Air. Since 2012, she hadn’t been in anything until she made a small appearance on the Saved by the Bell reboot reprising her role as Lisa Turtle in one episode. Since 2010, she has also written three books, Reciprocity, Trek of the Cheshire and A True Light, all of which she self-published.

Taylor Momsen was an up and coming star because of her role as Jenny Humphrey on the CW series Gossip Girl, but she threw it all away at the age of 18 to focus on her music career. “I quit acting, actually. I quit Gossip Girl and now tour and am in a band and that’s pretty much all I want to do. Hopefully I’ll be able to only do that for the rest of my life,” she told Elle. She’s kept her word. Since 2012, she has completely abandoned acting and continues to tour with her band, The Pretty Reckless.

Mia Sara made her big screen debut with the cult classic Legend and she rose to even greater fame afterward because of her role in Ferris Bueller’s Day Off as Sloan Peterson, Ferris Bueller’s girlfriend. During the ‘90s, she found further success with the movie Timecop and since then has continued to act sporadically. In 2012, she told The Daily Mail that she is mostly retired and that she’s been focusing on being a mother to her two children and writing poetry.

Amanda Bynes rose to fame thanks to her roles on the Nickelodeon series All That and The Amanda Show and the WB sitcom What I Like About You. After her success with television, she made her mark on the big screen with starring roles in What a Girl Wants, She’s the Man, Hairspray, Sydney White and Easy A; however, in 2012, she announced that she was retiring from acting and began making headlines for her erratic behavior. She was arrested for DUI twice and was forcibly hospitalized in both 2013 and 2014. She seems to be doing better now though. The former actress is currently taking classes at the Fashion Institute of Design & Merchandising in L.A.

Jamie Lynn Spears is best known for being the younger sister of Britney Spears and for being the star of the Nickelodeon series Zoey 101. Despite the success she had with the show, after getting pregnant in 2007 at the age of 16, she has more or less abandoned acting altogether. Instead, she took a long break from the spotlight and then returned in 2013 as a country music star. Her debut single, “How Could I Want More,” debuted at number 29 on Billboard’s Hot Country Songs and her EP The Journey rose to the top of iTunes’s top country albums. After more than a decade away from acting, Spears surprised everyone with her role as Noreen in the Netflix series Sweet Magnolias.

Bridget Fonda is the daughter of Pete Fonda, granddaughter of Henry Fonda, and niece of Jane Fonda! Guess a career in acting was inevitable! She is best known for her roles in Singles, The Godfather Part III, Point of No Return, and Jackie Brown. She was reportedly offered the lead role in Ally McBeal, but turned it down to focus on her film career. She made cameo appearances in films until 2002 but has not been in a movie since. She got married to composer Danny Elfman in 2003 and seems to be enjoying her time as a wife and mother to their son Oliver.

Phoebe Cates was the teen star of the 1980s with classic flicks like Gremlins and Fast Times at Ridgemont High, but she retired from acting in 1994 to focus on raising her children with fellow actor Kevin Klein. She returned to film in 2001 in The Anniversary Party, as a favor to her friend and former Ridgemont High co-star, Jennifer Jason Leigh, who directed the film.

Meg Tilly is the younger sister of fellow actress Jennifer Tilly and for her role in the 1985 film Agnes of God she won a Golden Globe and was nominated for an Academy Award for Best Supporting Actress. Meg basically quit film acting in 1995 only to return to the small screen in 2012 for the Canadian Drama Bomb Girls. She’s written five novels to much critical success and lives in Toronto, Canada with her husband and fellow author, Don Calame. In 2017, she appeared in the film, War Machine.

Bridgette Wilson-Sampras is known for her roles in Mortal Kombat and Billy Madison, but has been on hiatus from acting ever since starting her family with pro-tennis player hubby, Pete Sampras. “For now, I want to be there when [the boys] wake up and I want to be there to put them in bed,” she says, adding that her return to acting is simply “a matter of when.”

This little cutie, known for her roles in Mrs. Doubtfire and Matilda, was one of the biggest child stars of the 1990s. But these days she’s keeping a relatively low profile and focusing on her writing. When asked why she quit acting she said, “Film acting is not very fun. Doing the same thing over and over again until, in the director’s eyes, you ‘get it right’, does not allow for very much creative freedom. The best times I had on film sets were the times the director let me express myself, but those were rare.” Her debut book with Penguin called (K) for Kid was released in 2016.

These two rose to fame during the ’80s and early ’90s playing Michelle Tanner on Full House. Throughout their childhood and adolescence the two continued to perform in their own TV movies and direct-to-video releases that were produced by their company, Dualstar. After New York Minute bombed at the box office, Ashley stopped acting altogether while Mary Kate continued to dabble in acting with roles in the TV show Weeds and the movie The Wackness. These days, two two mini moguls are focused on their fashion empire, which includes the brand The Row, Elizabeth and James, Olsenboye, and StyleMint.

Doris Day was one of the biggest celebrities throughout the 1960s with both a career in both music and show biz. She is said to be one of Hollywood’s biggest box-office draws of all time and was nominated for an Academy Award for her role in Pillow Talk. In the late 1970s she dropped out of the spotlight and turned her attention towards animal rights activism. She released an album title My Heart in 2011, but has remained out the public eye and lives a quiet life owning a hotel called the Cyprus Inn in Carmel-by-the-Sea, CA. In 2019 she passed away at 97 years old.