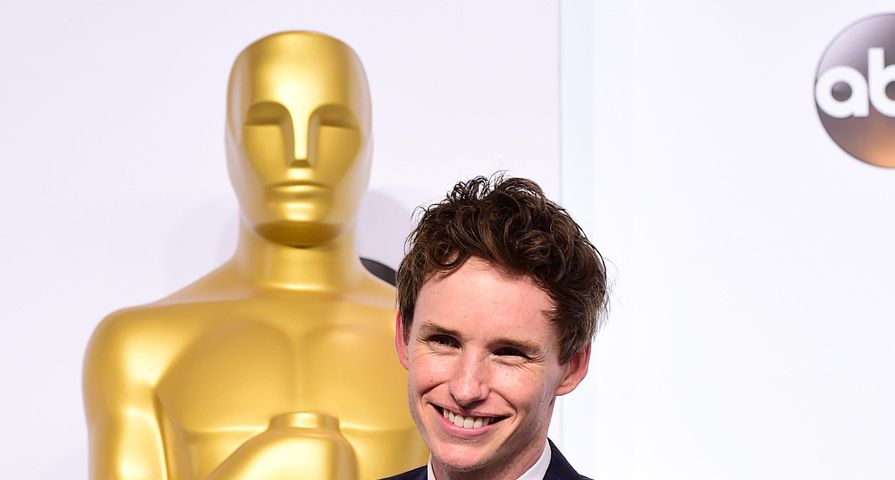 Eddie Redmayne is probably one of the most talented actors of his generation. Although he’s been kicking around Hollywood for over a decade, he’s just recently come into his own thanks to his roles in The Theory of Everything and The Danish Girl. Since he’s celebrating a birthday, here are 9 things not widely known about the Academy Award-winning actor:

When he was first trying to break into Hollywood, he would visit L.A. with other unknown actors like Andrew Garfield, Tom Sturridge and Jamie Dornan. “You’d come over for a month. We used to go to the Standard Hotel in West Hollywood, and split a sandwich between us because that meant we could get cheaper parking. We’d swim and play table tennis for hours,” he told Variety. “We were staying on friend’s agents’ floors, and renting places together. I’d be driving the cheapest rental car. But then you’d get to turn up at the CAA party. All these huge limos would arrive. I’d be in this red blob.”

When the Jupiter Ascending star was asked if he would audition to play Christian Grey in Fifty Shades of Grey and responded that he would, the writer of the famous novel took to Twitter to shoot down that possibility. “Under no circumstances!” she wrote. Redmayne never quite understood why she was so against him. “It was like, all right, all right! Am I that bad? I can put a whip in my hand. I can get all kinky, can’t I? Apparently not,” he told Variety.

According to the actor’s mother, Redmayne has been a performer ever since he was five and started singing at school, but he didn’t train as an actor. He studied at Eton College, alongside Prince William, and then went on to study Art History at Cambridge University, so that he would have a degree to fall back on in case the acting thing didn’t work out. There he met fellow British actors Tom Hiddleston, Rebecca Hall and Dan Stevens.

6. The Theory of Everything

The British actor didn’t have to audition for his role as Stephen Hawking in The Theory of Everything, but the part required extensive preparation. He spent four months studying Hawking’s life. He watched documentaries and YouTube videos on the physicist, read his books, hired a physics teacher as his translator, worked with a choreographer to master Hawking’s body language, and visited a neurology clinic where he interviewed patients with ALS. Redmayne’s performance won widespread critical acclaim and won him an Academy Award, BAFTA, Golden Globe and Screen Actors Guild Award for Best Actor.

Edward John David Redmayne was born on January 6, 1982 in Westminster, London, to Patricia, who ran a relocation business, and Richard, a businessman in corporate finance. He has an older brother and a younger brother, as well as an older half brother and half sister.

After graduating from Cambridge, the budding actor landed the part of Viola in Mark Rylance’s all-male production of Twelfth Night and this is what launched his career. He landed an agent and continued to work on stage. He then had a role in Edward Albee’s The Goat, which won him the award for Outstanding Newcomer at the 50th Evening Standard Theatre Awards in 2004, as well as the award for Best Newcomer at the Critics’ Circle Theatre Awards in 2005. He was also in Now Or Later by Christopher Shinn, which ran at Royal Court Theatre from September 3 to November 1 2008, Red, and won him an Olivier and a Tony Award, and Richard II.

Director Tom Hooper first approached the Oscar-winning actor to play Lili in The Danish Girl when they were working on Les Misérables. He spent two years doing extensive research about the transgender community before the role was officially his. He used YouTube videos to learn how to shift his voice to get Lili’s pitch and he also lost 15 pounds for the role as well.

Redmayne is married to Hannah Bagshawe, an antiques dealer, who he has known since he was a teenager. They reportedly met when he was a student at Eton College and she was at boarding school for girls nearby. They were friends for about 15 years before they finally began dating in 2012. They were married in December 2014 and welcomed their daughter, Iris Mary, into the world in June 2016.

The Academy Award-winning actor is part of a special club of actors that have won both an Oscar and a Razzie. The same year that he won his Oscar for Best Actor for his role in The Theory of Everything, he also won the Razzie Award for Worst Supporting Actor for his role in Jupiter Ascending.