9 Most Annoying One Hit Wonders Of The ‘90s 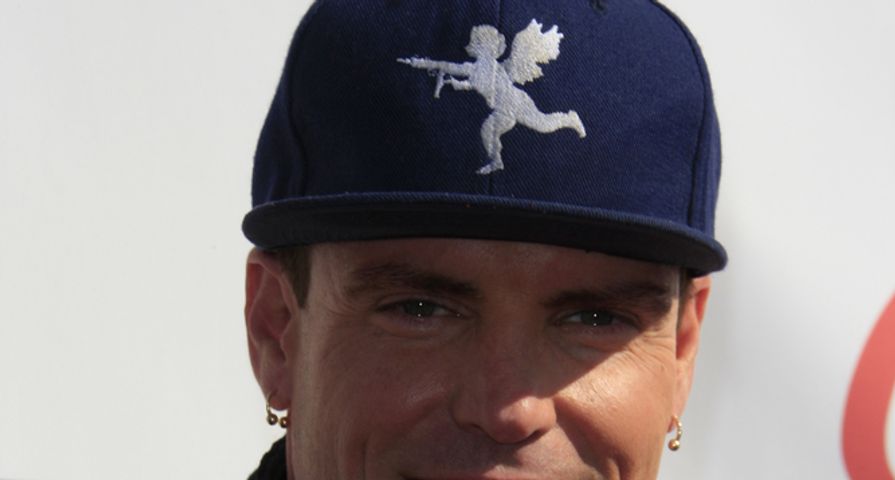 There are some songs from the ‘90s, which were really bad. The worst part about some of these songs is that many of us didn’t even know how bad they were at the time, so we listened to them and probably enjoyed them. Thankfully the universe corrected all of this. These various singers and groups weren’t able to replicate the success of their hit songs and ended up fading into oblivion as a result. The only time we hear some of this music is at weddings and even then it’s unacceptable. For those of you who might be planning your nuptials, you should probably throw these 9 annoying one hit wonders from the ‘90s onto your do not play list.

Reviews of Eiffel 65’s song “Blue” have been pretty mixed, but one thing remains certain: Those who didn’t like it really didn’t like it. Rolling Stone gave the song a negative review, stating that it “blends Cher-esque vocoder vocals, trance-like synth riffs, unabashed Eurodisco beats and a baby-babble chorus so infantile it makes the Teletubbies sound like Shakespeare.” Matthew Wilkening of AOL Radio agreed that the song was bad and described it as “one big ringtone that never…ever…ends.”

The “Macarena” was one of the biggest hits of the ‘90s. In 1996, it spent 14 weeks at the top of the U.S. Billboard Hot 100 singles charts, which is one of the longest runs in history. The song was played everywhere, from sports games and rallies to conventions. These days, people seem conflicted about the song – VH1’s documentary 100 Greatest One-hit Wonders ranked the song as No. 1. while a different VH1 documentary ranked it as No. 1 on their 40 Awesomely Bad No. 1 Songs. Matthew Wilkening of AOL Radio doesn’t think there is anything good about this song – he ranked it at No. 10 on his list of the 100 Worst Songs.

Kriss Kross’s song “Jump” was incredibly successful in 1992; however, it was also overplayed and incredibly annoying. It certainly didn’t help that these boys, who were only 12 and 13 when they released their first album, made terrible style choices – they deliberately wore their clothes backwards. People seem to have pretty mixed opinions about this song. VH1 ranked it at number 75 on its “100 Greatest Songs of the ‘90s” list while Matthew Wilkening of AOL Radio ranked it at number 34 on his list of the 100 Worst Songs Ever. We agree with the latter.

Chumbawumba’s “Tubthumping” was so overplayed in the late ‘90s. After listening to the lyrics, one might assume that this band loves nothing more than drinking; however, they turned out to be deeply political, encouraging fans to steal their CD instead of buying it. We certainly hope that anyone who does have the CD did in fact steal it cause it was definitely not worth the money. Rolling Stone placed this song at number 12 on their list of the 20 Most Annoying Songs while Matthew Wilkening of AOL Radio ranked the song at number 35 on his list of the 100 Worst Songs Ever.

Snow’s song “Informer” was another huge hit in the ‘90s. It spent seven consecutive weeks at number one on the Billboard Hot 100 in 1993 and it seems as though there are enough people who remember it fondly – VH1 ranked it at number 84 on its list of the 100 Greatest Songs of the ‘90s; however, in spite of all of this, we think it deserves a place on our most annoying songs list, mostly because the lyrics make no sense. Even worse, the album that featured this song was called 12 Inches of Snow – sick.

Rednex’s song “Cotton Eye Joe” may be considered awful now, but it was a modest hit in the U.S. during the ‘90s. It reached number 25 on the Billboard Hot 100 in 1995, which was enough to scar some of us for life. This song has gone down in history as being one of the absolute worst. Blender magazine ranked the song at number 38 on its list of the 50 Worst Songs Ever and Matthew Wilkening of AOL Radio listed the song at number 86 on his list of the 100 Worst Songs Ever.

Lou Bega’s cover of “Mambo #5” may have topped charts around the world in 1999, but it has not been remembered well. Rolling Stone ranked it at number six on their list of the 20 most annoying songs while Matthew Wilkening of AOL Radio ranked the song at number 95 on his list of the 100 Worst Songs. In reference to how awful “Mambo #5” is, Wilkening said, “Can you imagine how bad Nos. 1 through 4 must have been? Let’s all band together and make sure there’s never a No. 6!”

Billy Ray Cyrus’ “Achy Breaky Heart” might be considered one of the greatest hits ever by some, but others believe it to be one of the worst songs of all time. It reached number 23 on Blender magazine’s list of the 50 Worst Songs Ever while Matthew Wilkening of AOL Radio ranked the song at number 18 on his list of the 100 Worst Songs Ever. Wilkening openly mocked Cyrus: “Attention, all units! Country music has been kidnapped. Suspect last seen with a rat-tail and driving a Chevy with ‘Truck Balls.’ Also wanted for child endangerment.” Ouch!

The song “Ice Ice baby” was Vanilla Ice’s first and only real hit. It certainly didn’t help him that he sampled Queen and David Bowie’s song “Under Pressure” without giving them credit or royalties. Suge Knight claimed that he had helped to write the song and threatened to kill the rapper unless he signed over the rights to the song. That is a lot of conflict over a really bad song! The Houston Press called “Ice Ice Baby” the worst thing to ever come from Texas. We think they might be right.