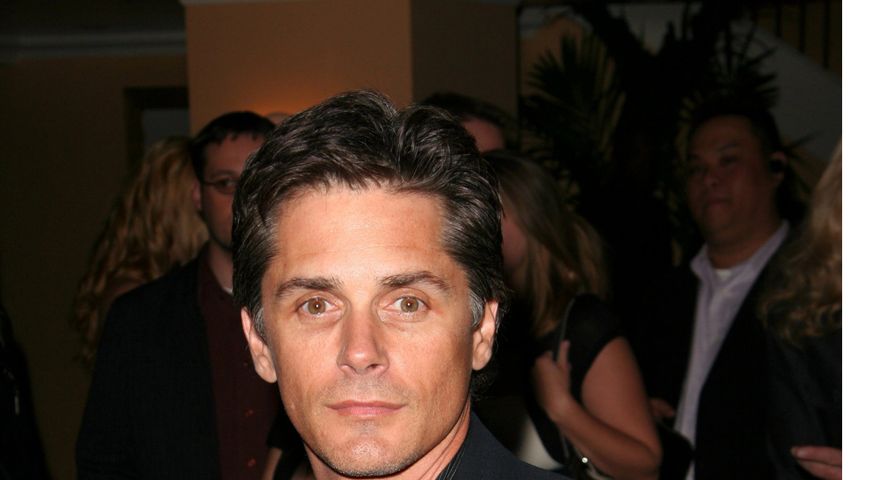 Victor Newman, Erica Kane, Bo Brady, and Anna Devane are just some soap opera roles that have become iconic characters in the land of daytime drama. While there are actors and actresses who move on to become big names in the land of primetime and Hollywood, there are also stars who become legends on soap operas. However, not every actor and actress make it big in daytime drama, despite their potential. Below are 12 soap opera stars we thought would make it big, but didn’t.

Chandler Massey stepped into his Days of Our Lives (DOOL) role as Will Horton in 2010, and trail-blazed through same-sex milestones on daytime drama with this part. He also won three Daytime Emmys (in a row) during his tenure as Will. While he did head back to school after he left Days in late 2013, and has done little in the land of soaps since, the good news is he still has some time to make it big in the daytime drama world. At the young age of 26, it has been announced that Massey will be returning to DOOL this September.

Burnett played the feisty Melanie Jonas on DOOL (on and off) from 2008 to 2016. Her character was both a fan favorite and a staple on the soap for many years. However, when the talented Burnett left Days, her only other stint in the land of daytime was acting as a replacement for Kristen Storms on General Hospital (GH), temporarily filling in for the actress in 2016 playing Maxie Jones.

Speaking of Maxie, her younger sister Georgie was adored by GH fans. Lindze Letherman stepped into the role in 2002, but exited five years later when her character was axed off by a serial killer. GH audiences were devastated by the plot twist, and while Georgie’s ghost does come to visit Port Charles now and again, Letherman hasn’t been seen in the land of daytime drama since.

You may recognize Lindsay from some of her past stints in daytime television, including roles on Passions, Days of Our Lives, as well as All My Children; however, she might be most well-known as the ex-wife to This is Us and former soap star Justin Hartley. Lindsay is talented and beautiful, which is a perfect recipe for both primetime and soap opera success, and while she’s done a slew of made-for-television movies over the years, she’s yet to hit it really big.

Handsome, talented, and that British accent! James Scott has all the qualities that equal ‘big time’ in the land of showbiz. He’s enjoyed a nice run on soaps like All My Children and Days of Our Lives, but the last time he was seen in daytime was 2014. With a bona fide confirmation that his Days’ character E.J. is alive, here’s hoping Scott returns to transform a huge character like DiMera into an iconic one.

Alderson was practically raised in the land of soaps, jumping into the role of Starr Manning on One Life to Life at the young age of six. She would continue playing that part for about 15 years, head to General Hospital, and eventually switch it up by landing the Kiki Jerome role. In 2015, Kristen opted against renewing her GH contract and has dabbled in theatre since. With her history in daytime drama, many fans thought she would hit the big time once she left the show, but the good news is that at only 27 years of age, Alderson still has plenty of time to do so.

Brown burst onto the soap opera scene when she entered the role of Carly Corinthos in 1996 on General Hospital. Brown would move on to enjoy other parts in daytime dramas, including Bold and the Beautiful, As the World Turns, Days of Our Lives, as well as another huge run on GH playing a completely different character. Despite this, Sarah has never had that major role on a show, whether you are talking a soap or primetime television.

The same GH serial killer that got rid of Georgie also happened to target Emily Quartermaine that year in 2007. GH audiences simply adored Natalia Livingston in the role and many were quite upset when she exited the show. Months later, Livingston was brought back as Rebecca Shaw, Emily’s unknown twin, but even then the character didn’t work. Emily was destined to become an iconic character on the GH, but fell short in the long run.

Tamara Braun has an incredible list of credits when it comes to primetime and daytime roles, but has never been able to land that big  soap opera part – despite her incredible acting abilities. She’s played Carly Corinthos on GH (for four years), had a small stint as Reece Williams on All My Children (AMC), and has played two different roles on DOOL: Ava Vitali and Taylor Walker. While Braun has had an incredible career, she’s yet to land that legendary or iconic role on a soap opera.

Jeff Branson dabbled in a variety of daytime drama roles over the years and, despite his handsome looks and talent, was never able to hit a part that had any staying power. He played AMC’s Jonathan Lavery, Guiding Light’s Shayne Lewis, and Young and the Restless’ (Y&R) Ronan Malloy. When he left his Y&R role in 2011 little has been heard about Branson since.

Billy Warlock has a long list of acting credits. Fans may remember him as Eddie Kramer from his Baywatch days, and speaking of Days, he also played Frankie Brady (on and off) from the 1980s into the 1990s. He also was recast into GH’s coveted AJ Quartermaine role, but most fans would agree that Sean Kanan owned that part. In recent years, Warlock has also had minor roles and short stints on the Y&R, As the World Turns, and One Life to Live. He’s certainly had an amazing career and done a lot of things during his tenure as an actor, but hitting it big in soaps is not one of them.

When Michael Muhney stepped into the Adam Newman role in 2009, he turned Genoa City upside down and really added a certain depth the character needed. He’s handsome, talented, and seemed to have a big and bright future ahead in the land of Y&R. Sadly, Muhney was let go from the show in 2014 and, while Adam moved on with Justin Hartley, Muhney did not. Hartley left to get a taste of primetime fame thanks to This is Us, so maybe Muhney can be given a second shot, as there are plenty of Y&R fans who would love to see Michael’s return.