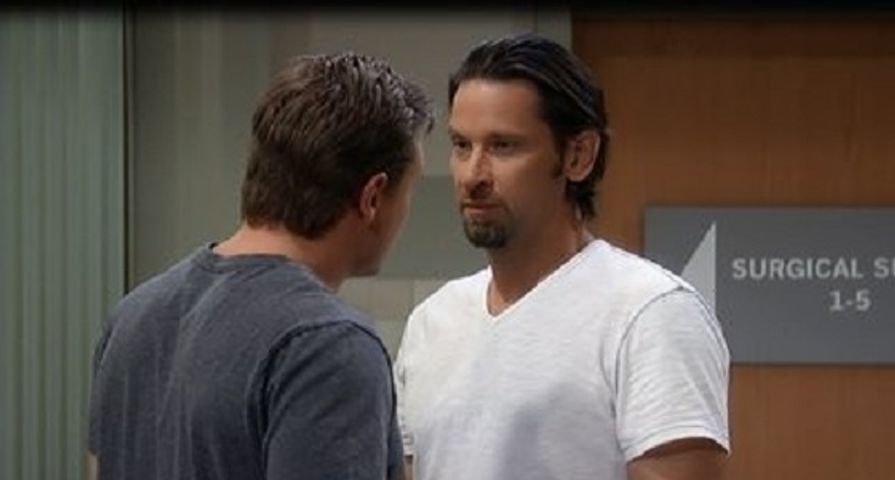 Calling all General Hospital (GH) fans! It’s the start of the week, which means there are five days of juicy and delicious daytime drama coming your way. Learn more about Jason, Franco, Anna, Paul, Carlos and so many more of your favorites in this week’s GH spoilers for the week of April 25.

7. Another Flashback For Jason?

While Franco and Jason have a fight about Jake, Jason gets another flashback. This time he flashes back to a time where Franco was just a little psychotic, and there was bad blood between the two. This sets Jason off, and he attacks Franco. Obrecht and Sam break up the fight, thankfully. Jason tells Sam what he remembered and she helps to fill in the gaps for him. Franco promises Jason that he has changed. Later, Obrecht tries to convince Franco to dig into the dark side again to battle Jason. Franco refuses to be that guy again.

This week the couple get this strange feeling they are being watched. Who could be following Jason and Sam? Sadly, Jason is more preoccupied about controlling his anger issues than a creeped out feeling of being followed … for now.

While Alexis seems confident that she gets Carlos off the hook, she (as well as Julian) are surprised when a witness, related to Duke’s shooting, is brought forward. Regardless, Alexis gives it her all and Sonny is peeved at how far she will go with this case despite the fact that she has done the exact same for him in the past.

It seems like all this courtroom drama occurs the same time Ric Lansing decides to return to Port Charles. Ric seems to have a hate on for Carlos and Julian.

Julian does something he regrets this week and also goes back on a promise he made to Alexis. Alternatively, Alexis has to break some upsetting news to Carlos. As such, Carlos asks for a payback in return for keeping his mouth shut. Julian also breaks some surprising news to his sister Ava, as it relates to the mob, and his connections.

Maxie hires Sam to find out more about Nathan’s and Claudette’s past. Nina and Julian come to a new agreement while Franco is worried Nina is over him. Michael and Felix gain a tremendous amount of ground when it comes to finding Sabrina, much to Sonny’s dismay. Carly is concerned about Dr. Finn and Monica seeks to overthrow Obrecht. Lucas and Brad set a wedding date around the Nurse’s Ball. Kristina explores her sexuality, flirting with a handsome guy while Dillon tries to get closer to Kiki, but she’s too preoccupied with Morgan.