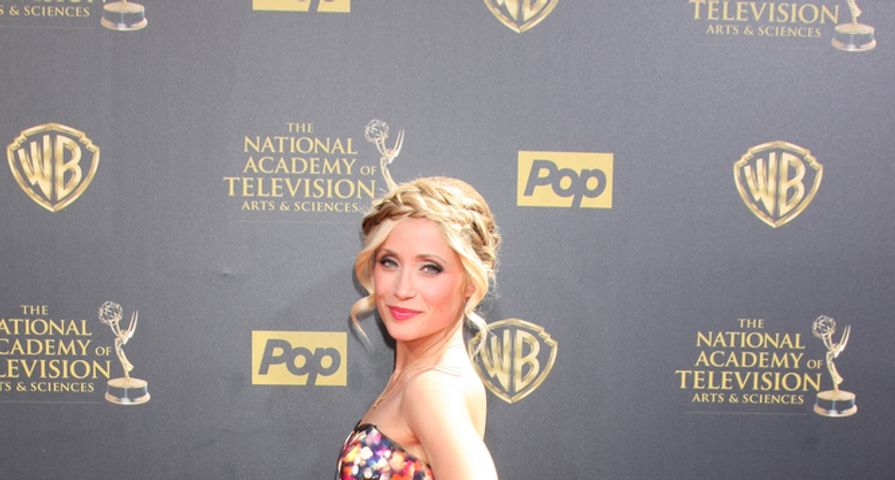 It’s almost time for all your favorite soap opera actors and actresses to get all dolled up, and celebrate one of the biggest nights of the year for them: The Daytime Emmys. While it won’t be televised this year for fans to enjoy (here’s hoping there will be coverage online), the 2016 Daytime Emmys take place on May 1st, and will honor the best acting, directing, writing, as well as many other categories, as it relates to daytime drama. A wide variety of General Hospital (GH) cast members have been recognized by the Daytime Emmys in the past, still, there are some who have not be acknowledged by the Academy. Below is a list of the top five GH stars who deserve an Emmy, but have never won one.

At the age of 11-years-old, Nicolas Bechtel is the youngest actor on this GH list, but don’t let that fool you, this kid is bursting at the seams with talent. He entered the role of Spencer Cassadine in 2013, the smart, yet manipulative, well-spoken son of Prince Nikolas. Considering how articulate and expressive young Bechtel is when playing Spencer, it is shocking that this kid hasn’t won a Daytime Emmy. The fact that 2016 marks the first time he has been nominated under the category of Younger Actor is quite surprising as well. Regardless of this year’s outcome, it is clear that Nicolas has a very bright acting future that lays ahead.

For over eleven years now, Kirsten Storms has played Maxie Jones, a character that is strong-willed, yet can quite often make some questionable decisions that end up getting her in to trouble. As a fan favorite that has had some riveting storylines in the past, it is shocking that this actress has never walked away with a Daytime Emmy over the years, despite her talent and tenure on the show. In fact, the last (and only time) the Daytime Emmys have given notice to Storms was in 2009, when she was nominated for the Younger Actress award. Given the fact that her character has become a staple on the show, here’s hoping that Emmy can give her some love, in the near future.

Speaking of Maxie Jones, her once sidekick Damien Spinelli, or rather the actor who plays him (Brad Anderson), is another GH star who is seriously lacking in the Daytime Emmy department. One of the coolest, and quirkiest, soap characters on daytime screens ever, Spinelli played an interesting role on GH, and quickly became a fan favorite. Quite clean cut, with an interesting use of verbiage, Spinelli was a good guy, who loved to help out the bad ones (in Jason Morgan and Sonny Corinthos) and this landed him in some deep waters from time-to-time. Still, the diversity and depth Spinelli brought to Port Charles was entertaining and intense to watch. Naturally, Anderson did receive nods from the Academy, garnering nominations for Outstanding Supporting Actor in 2009 and 2010, and then again three years in a row from 2012 to 2014. Still, despite these five nominations in total, Anderson has yet to snag a Daytime Emmy of his own.

The beautiful and talented Emme Rylan has done some incredible things on daytime television. She first helped to evolve the shallow Abby Newman character in the Young and the Restless, playing her from 2010 to 2012 and then moved onto bigger and brighter opportunities when she was recast as GH’s Lulu Spencer in 2013. Lulu has had some pretty intense and incredible storylines since after being kidnapped by the Cassadines, dealing with marital woes, and engaging on endless adventures. Oddly enough, despite her acting abilities and tenure in daytime drama (she also played Lizzie Spaulding on Guiding Light from 2006 to 2009), Rylan has yet to receive a Daytime Emmy, or even nomination over the years. Rylan may also feel somewhat out of sorts, seeing as her onscreen family, has seen the glory off Emmy. Tony Geary, who plays Emme’s dad Luke on GH has scored eight Emmys (a Daytime Emmy record). Jonathan Jackson who plays her onscreen brother Lucky has scored five, while Genie Francis, Lulu’s mom, has won one Emmy and the previous actress to play Lulu (Julie Berman) won a total of three Daytime Emmys while playing the same character.

Lulu’s love Dante might just be in the same boat. Dominic Zamprogna entered the role as the good cop, who just also happens to be the illegitimate son of the top mob boss in town, Dante Falconeri, in 2009. Zamprogna has nailed the role over the years and using the word ‘shocking’ to describe his lack of Daytime Emmy wins (or nods) is an understatement. Here’s hoping that this year will be his year, as the young star has been nominated for a 2016 Daytime Emmy in the category of Outstanding Supporting Actor.