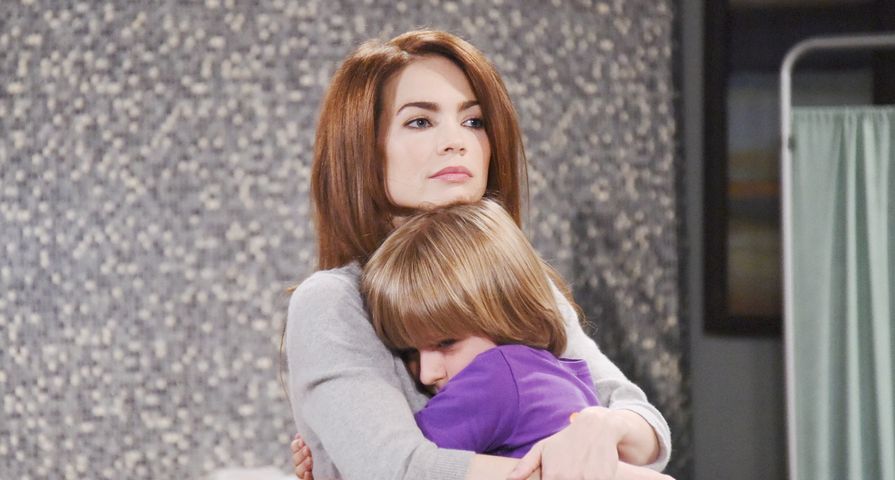 As we head closer and closer to the holidays, the drama continues to spill over in Port Charles. This week, Drew deals with baby mamma drama, while Jason and Sam share a moment on the pier. There will also be plenty of developments between Finn and Anna, Nelle and Michael, as well as Ava and Griffin. Learn about these stories and more in the General Hospital (GH) spoilers for the week of December 11.

Just as he finds out he’s Drew and not Jason, the newest Quartermaine will have to deal with some baby mama drama. Kim tells Drew that Oscar is his son and this will throw him for a loop. Sam will be shocked as well and turn to Monica for support. She’ll tell her that she’s worried about her relationship with Drew and what all this will mean.

The two former lovebirds will run into each other at the pier this week and have a hard, tear-filled conversation. Jason will also make some progress when it comes to his kidnapper search. Anna, Dante, and Sonny will all pitch in to help him in different ways, as it will take a team to find Faison’s traitor.

Speaking of Anna, she tries to keep Finn safe this week. Cassandra and Finn strike up a deal and Anna worries that Finn is in danger. She wants to keep him close, so she can watch over him and therefore asks him to move in with her this week. Seems like it’s only a matter of time before these two come together.

Lots of drama when it comes to romances in and around town. This week, Ava ponders how she and Griffin can move forward. Meanwhile, Michael turns to Dante for advice when it comes to Nelle’s pregnancy bomb. It seems that Michael gets some news this week, so maybe he’ll learn that he is her baby’s daddy.

Liz worries about Jake as he begins to act out, perhaps he isn’t taking the whole daddy/uncle bombshell very well. This week, Franco will deal with having guilt, again. He worries that all these secrets he’s kept from Liz will come to the surface and he hates that he’s lied to her. Meanwhile, Laura is on cloud nine; however, GH spoilers tease that this won’t last long. Seems like some shocking revelations are headed her way in the near future.