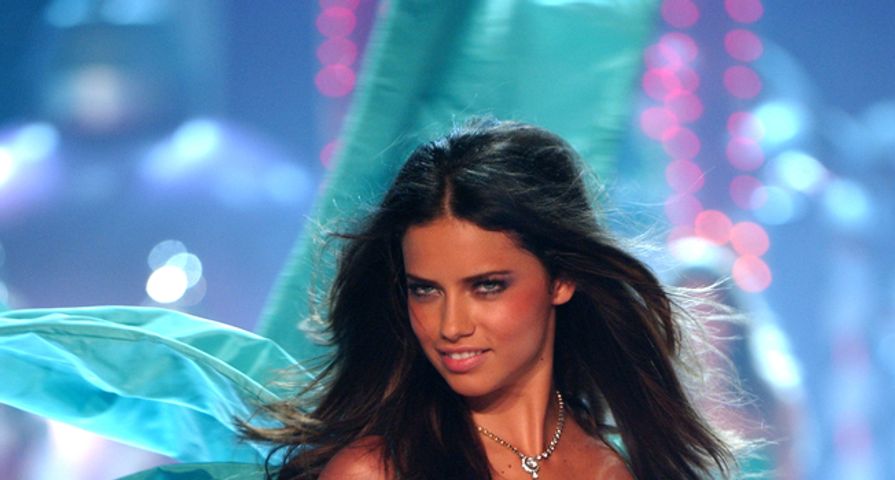 Famous for roles like “How to Lose a Guy in 10 Days’ and nominated for numerous top hollywood awards, Kate Hudson has two children. They are Ryder Russell Robinson, 9, and Bingham Hawn Bellamy, 2. Good genes and a healthy lifestyle have kept her hot all these years.

With three lovely children, Reese Witherspoon is a Hollywood icon. Her children include Ava Elizabeth Phillippe, 14, and Deacon Reese Phillippe, 10. Another son, Tennessee James Toth will turn 1 on Sept. 27, 2013. Reese works out constantly and eats right.

From “Dawson’s Creek” and “The Ice Storm” to “Batman Begins” and a marriage to Tom Cruise, Katie Holmes has had a stellar career and lifestyle. Her daughter Suri is 7 years old. She works out to keep her body looking good for the hottest mom category.

“Dancing with the Stars” winner Brooke Burke is super hot – and a super mom. She has two daughters with Garth Fisher. Neriah is 13, and Sierra, 11. She has a daughter, Rain, 6, with David Charvet and a son Shaya, 5. Dancing is her passion – and secret to looking hot despite having four children.

The former spouse of Charlie Sheen has been a star in such Hollywood hits as “Starship Troopers” and “Scary Movie 3.” She has two biological daughters, Sam Sheen, 9, Lola Rose Sheen, 8, and one adopted daughter, Eloise Joni. Currently, Denise also has full custody of Charlie Sheen and Brooke Mueller’s twin boys, Max and Bob.

Hollywood superstar Halle Berry is one hot mama! “X-Men” and “Bulworth” are just a few of her movie credits. At age 41 she had daughter Nahla Ariela Aubry, now 5 years old. A second child is expected any time. She works out and looks great.

Nobody defines the “hot mom” category better than Angelina Jolie. She adopted Maddox Chivan, 11 and Zahara Marley, 8. Her first biological child was Shiloh Nouvel, 7. She adopted Pax Thien, 6. She gave birth to twins Knox Leon and daughter Vivienne Marcheline, 5 whom she had with her longtime love, Brad Pitt.

A cultural icon, Jessica Simpson starred in “The Dukes of Hazard” and has had many successful hit singles throughout her singing career. Her daughter Maxwell Drew Johnson is 1 year old while her son Ace Knute Johnson was born June 30, 2013. Football star Eric Johnson is Jess’ husband and the father of both her children.

A star in many recent Hollywood films like “Factory Girl” and “Interview,” Sienna Miller has a daughter, Marlow Ottoline Laying Sturridge, 1, and is currently pregnant again. She has always had the perfect figure and having a baby hasn’t changed it one bit.

Everyone loves Christina Aguilera. She loves her son Max Liron Bratman, 5. Christina has struggled with weight controversy over the past few years but recently debuted a new, svelte figure. Her new makeover secures her spot on our list for at least a little while longer.

Supermodel Gisele Bundchen has two children – son Benjamin Rain Brady, 3, and daughter Vivian Lake Brady, 1, both with her hubby Tom Brady. She is a supermodel, so it’s her solemn responsibility to stay hot.

The 43-year-old Modern Family stunner has 3 sons with her real estate investor husband Scott Phillips. Julie’s amazing figure is thanks to a strict fitness regime but the blonde beauty has struggled with heart problems since her early twenties. As a result, she has had a pacemaker for over 2 decades.

Noted for her role in “Step Up,” Jenna Dewan-Tatum returned to work merely two months after having daughter, Everly in 2013. She is married to the sexiest man in the world, Channing Tatum, and stays hot through tough exercise.

“Jenny from the Block” singer Jennifer Lopez is a Hollywood A-lister and has been for quite some time. She gave birth to twins Max Anthony, a son, and Emme Anthony, daughter, now 5 years old. Her sexy videos are proof that she’s well-deserving of hot mom status.

Another Hollywood A-lister, Hilary Duff and her husband Mike Comrie have one son together: Luca Cruz Comrie, born March 20, 2012. Shortly after giving birth, Hilary showed off a sexy new figure which helped land her a spot on this list.

The Hills villain, Kristin Cavallari, gave birth to son Camden Jack Cutler on Aug. 8, 2012. She’s married to NFL quarter back Jay Cutler. She maintains her svelte figure by hitting the gym on a regular basis.

“Transformers” superstar Megan Fox has one child with Brian Austin Green and is currently pregnant with their second child. Their son Noah was born on Sept. 27, 2012.

The highest paid TV sitcom actress for  her role on “Modern Family,” Sofia Vergara,  has a son Manolo Gonzalez, 21. She works out and eats right to retain her status as a sex symbol.

Top supermodel Heidi Klum has 4 children (3 with ex-husband Seal and 1 with former love Flavio Briatore). She has daughters Helene Boshven Klum, 9 and Lou Sulola Samuel, 4 and sons Henry Gunther Ademola Dashtu Samuel, 8 and Johan Riley Fyodor Taiwo Samuel, 7. She is an exercise and nutrition fanatic and has maintained model status while entering her 40’s this year.

A-list singer Beyonce, and the better half of Jay-Z, is mother to daughter Blue Ivy Carter, born on Jan. 7, 2012. She is known for staying in shape through hard work, healthy eating and shaking her bootylicious body on stage during her high energy concerts.

Australian supermodel Miranda Kerr is married to Orlando Bloom and mother to son Flynn Christopher Blanchard Copeland Bloom, 2. She is a gymnast, which likely helps in maintaining her model-like figure.

The “Alias” star and wife of Ben Affleck has daughters Violet Anne, 7, and Seraphina Rose Elizabeth, 4. She also has an adorable son named Samuel Garner, 1. The brunette beauty is known for bouncing back from pregnancy with a super toned figure that most men drool over.

10 Stars with the Best Smiles!

Natalie Portman, one of the hottest moms on the planet, has a son Aleph Portman-Millepied, 2. She is dedicated to intense exercise and organic eating.

Spokesmodel and supermodel Adriana Lima has a daughter Valentina Lima Jaric, 3, and daughter Sienna Lima Jaric, 1. She continues to model meaning she stays in shape with diet and exercise.

Veronica Mars and many other great roles have defined Kristen Bell along with her first child, daughter Lincoln Bell Shepard, born March 28, 2013. She is a vegan which helps maintain her tiny frame – plus she works out often to keep her figure flawless.

British superstar and former Oxford student, Kate Beckinsale has a daughter Lily Mo Sheen, 14. Looking more like her daughter’s older sister than her mom, Kate has landed on several “sexiest women” lists and has rightfully secured the number 3 spot on our list of hottest moms.

Supermodel Alessandra Ambrosio is mother to daughter Anja Louise Ambrosio Mazur, 5. Her son Noah Phoenix Mazur was born on May 7, 2012. As one of Victoria’s Secrets hottest angels, it’s important for Alessandra to maintain a sexy figure – and she seems to have no problem doing it.

Number one hottest Hollywood mom Jessica Alba is known far and wide as one of the most desirable women on the planet – and she’s a great mom to daughters Honor Marie Warren, 5, and Haven Garner Warren, 2 as well. She believes in good exercise and healthy eating to keep in shape and is often photographed playing with her kids at the park. There’s no arguing this 32-year-old mom is worthy of the number one spot on this list.