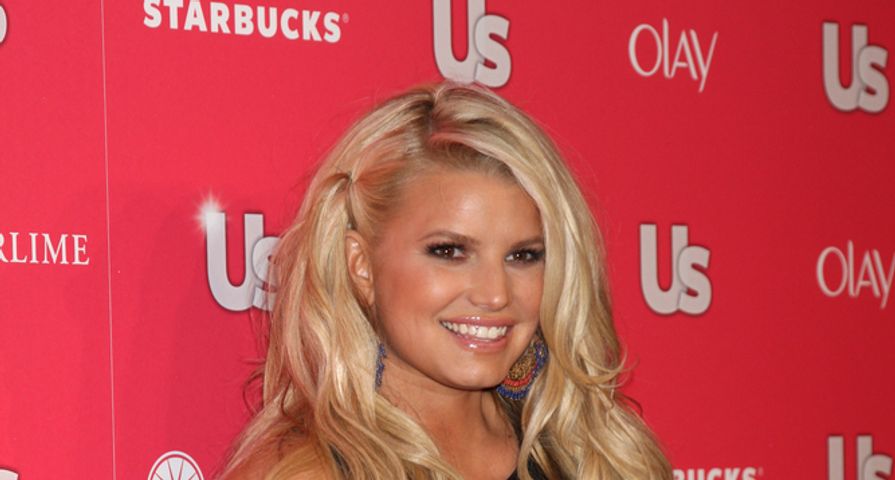 As we all know, Hollywood is a really shallow place. Looks are everything – even though they shouldn’t be. The media makes sure to monitor how much weight actresses lose or gain and they can be quite cruel. They aren’t alone. With social media, everyday people get to throw in their two cents and they can be quite cruel too. While some celebrities can’t take this kind of criticism and end up conforming, there are others out there who have defended themselves against all of the fat shaming. They don’t believe that they need to be super skinny to be considered beautiful. Here are 8 celebrities who are fighting back against fat shaming!

When Kim Kardashian was pregnant, she had to deal with a lot of criticism about her weight. Instead of letting it get her down, it helped her to lose the baby weight fast. “The haters helped motivate me,” she said. “Seeing every crazy thing written about me gave me motivation, but it’s just my personality to want to be fit, not be lazy.” When the criticism continued, she fought back on Instagram. “Making fun of me pregnant & making fun of me trying to lose weight now shame on you. I’m not perfect but I will never conform to your skinny standards sorry! Not me. And BTW I’ve lost a lot so far & I’m proud of that!”

Khloe also defended her sister against all of the criticism on her blog. “I find it disturbing that society loves to critique a woman’s shape. That is low in and of itself, but I cannot tolerate one more vicious attack on my sister!”

The press has always kept close tabs on Kate Winslet’s weight, probably because she’s never succumbed to being the super skinny starlet. While most women might struggle with the constant scrutiny, this Oscar-winning actress doesn’t. She doesn’t get why celebrity women need to be super thin. She’d rather be healthy, which is why she doesn’t trouble herself by worrying about her weight anymore.

“When I started having children six years ago, my body settled into itself. And I think that happens for most women when they have kids. Your hormones really settle down. So I’ve stayed at the same weight for a while now. I just don’t worry about my weight anymore. I notice it, if I’ve enjoyed a Christmas vacation and I’ve had too many glasses of Champagne or too many canapés. But I don’t avoid anything, and I’m not a fanatic. I think that’s a miserable, terrible way to live your life,” she told Good Housekeeping.

Kelly Clarkson has had to endure her fair share of fat shaming. First it came from British TV presenter Katie Hopkins and then Chris Wallace took a shot. The “Since U Been Gone” singer doesn’t let other people’s criticism of her body bother her though, which probably irritates her critics even more. She’s completely fine with her body no matter what size she is.

“There are just some people who are born skinny and with a great metabolism – that is not me. I wish I had a better metabolism. But someone else probably wishes they could walk into a room and make friends with everyone like I can. You always want what someone else has. I don’t obsess about my weight, which is probably one of the reasons why other people have such a problem with it,” she told Redbook. Clarkson is our hero. We wish we had that kind of confidence!

The “Girls” star isn’t your typical pin-thin starlet, but that’s one of the things that we like about her. Unfortunately, not everyone feels this way. The late Joan Rivers really picked on Lena Dunham, calling her fat and accusing her of setting a bad example for women. Howard Stern had also called her fat, but he was man enough to apologize. Dunham has never let any of this criticism get to her though.

“I’m sort of like: we’re one weight one day, we’re one weight another day, and some days our body just doesn’t even exist at all!” she told the Gothamist. “It’s just a vessel I’ve been given to move through this life. I think about my body as a tool to do the stuff I need to do, but not the be all and end all of my existence. Which sounds like I spent a week at a meditation retreat, but it’s genuinely how I feel.”

Mindy Kaling receives a lot of backhanded compliments about her weight and the clothing she wears, but she doesn’t let it stress her out. Instead, she jokes about it, like she did on Jimmy Kimmel Live. “I am the recipient of a lot of backhanded compliments,” she said. “They’ll say, ‘It’s so nice that Mindy Kaling doesn’t feel she needs to subscribe to the ideals of beauty.’ And I’m like, ‘I do subscribe!’ They’re like, ‘It’s so refreshing that Mindy feels comfortable to let herself go and be a fat sea monster.’”

Kaling didn’t stop there. She continued to poke fun at the public’s perception of her weight. “The way they talk about it, it’s like she’s a pioneer because she’s glued to her sofa,” she said, referring to herself in the third person. “By the way, I run and work out, it takes a lot of effort to be a normal slash chubby woman.”

After attending the John Wayne 2015 Odyssey Ball, Pink received some hateful messages about her weight. She made sure to respond to the trolls in a classy manner on Twitter.

“I can see that some of you are concerned about me from your comments about my weight. You’re referring to the pictures of me from last night’s cancer benefit that I attended to support my dead friend Dr. Maggie DiNome. She was given the Duke Award for her tireless efforts and stellar contributions to the eradication of cancer,” Pink wrote in a note on her Twitter account. “But unfortunately, my weight seems much more important to some of you. While I admit that the dress didn’t photograph as well as it did in my kitchen, I will also admit that I felt very pretty. In fact, I feel beautiful. So, my good and concerned peoples, please don’t worry about me. I’m not worried about me. And I’m not worried about you either:)…I am perfectly fine, perfectly happy, and my healthy, voluptuous and crazy strong body is having some much deserved time off. Thanks for your concern. Love, cheesecake.”

Jay Mohr made a big mistake when he criticized Alyssa Milano’s weight in a radio interview. “She’s very tiny, in height…It seems like she had had a baby and said, ‘I don’t really give a sh*t’…I read it on her gut,” he said. Milano handled the situation like a lady. “So sorry you felt the need to publicly fat-shame me. Be well and God Bless. Please send my love to your beautiful wife,” she tweeted in response.

Mohr realized the error of his ways and apologized on Twitter and then on his blog. “I will not make excuses for what I said. Although I immediately removed that segment from my podcast, it still doesn’t change the results. I know full well how much words can hurt people, having seen my wife get destroyed by the tabloids, and I am embarrassed that I didn’t think before I spoke,” he wrote. “Sometimes comedians go too far. I went too far. I cannot change what I said, but I can assure you that my heart is broken that I hurt her. I am very sorry.”

The tabloids spent years criticizing Jessica Simpson’s weight. Ever since she split from Nick Lachey, she has been a target. It seemed as though the poor girl just couldn’t catch a break. It didn’t matter whether she was pregnant or if she had just given birth – the media just couldn’t stop criticizing her weight. The “With You” singer proved to be quite resilient though. According to her, she found the constant criticism to be empowering. She wanted to “rise above and stand up for all the women out there that do have trouble losing the weight.”

At times though, the constant scrutiny did get to the former reality TV star. “I’m not saying they didn’t hurt,” Simpson admitted. “I have feelings and hormones. I got emotional about it at times, but if anything I just kind of wanted to be a champion for other women and say, ‘We can do this.’”