12 Young Celebrities With Incredible Net Worth 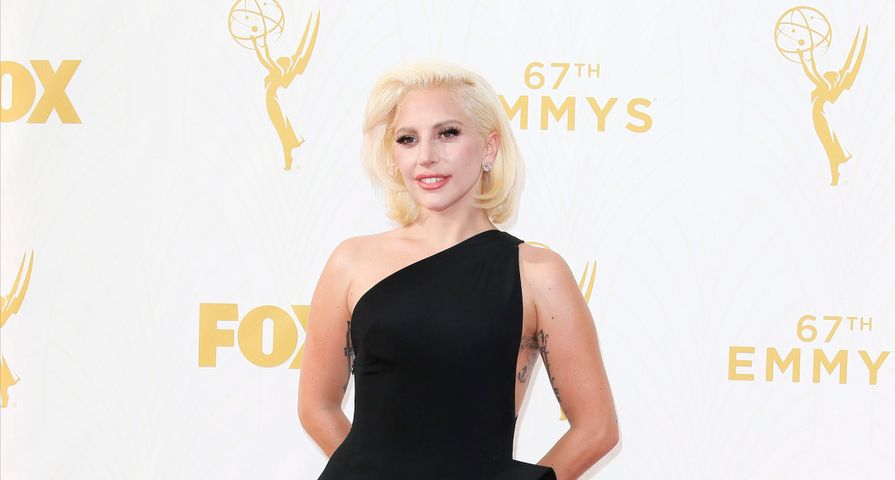 Imagine what you would do if you were young, talented, and had millions of dollars at your disposal. The stars on this list don’t need to imagine, that’s their everyday reality. A whopping $16 million is where we start and that’s nothing compared to the hundreds of millions we’ll end up at when we reach the end of this list. If you’re ready to be blown away at the size of these baby-star bank accounts (and can handle boiling over with jealousy), then check out these 12 young celebrities who are worth more than you can imagine.

Estimated Net Worth: $18 million. Surely each of the Jonas brothers are sitting pretty when it comes to their overall worth, but it’s Nick that takes the cash-filled cake with the biggest bank account. Thanks to his Disney work, song-writing skills, and acting roles, cutie Nick Jonas may only be 23 years old, but he is already estimated to be worth a whopping $18 million.

Estimated Net Worth: $30 million. Another young celebrity that has jumped ahead of his former band-mates when it comes to net worth is the super popular One Direction alumnus Harry Styles. Touted as the most beloved member of the “on a break” 1D band, at just 21 years old and the youngest member of One Direction, Harry is sitting on a personal fortune of somewhere in the area of $30 million.

Estimated Net Worth: $60 million. If you thought Harry Styles’ $30 million was impressive, then double that and you’ll be in the range of the personal wealth of Harry Potter star Emma Watson. After being an integral and wildly popular part of one of the most beloved movie franchises of all time as well as nabbing other prime roles and choice endorsement deals since then, the gorgeous, stylish, and awesomely talented Emma Watson is just 25 and said to be worth an incredibly impressive $60 million.

Estimated Net Worth: $60 million. Matching Emma Watson’s whopper wealth is the current it-girl of Hollywood, Jennifer Lawrence. Hunger Games, X-Men, and losta other prime roles and lucrative offers have rolled in fast and fiercely, at 25 years old, Jennifer Lawrence is raking it in as the highest paid young actress in the biz at the moment. All of this has resulted in an estimated net worth of around $60 million.

Estimated Net Worth: $70 million. It pays to be young and beautiful … and brooding. At least it does for Kristen Stewart. The Twilight star not only took in a fine paycheck for her work in the sparkly-vampire-loving franchise, but she’s also been continuing to work steadily since then and is in high demand around Hollywood for both movie roles and high-end product endorsements (being the face of Chanel and Balenciaga can’t hurt the pocket-book any). When you’re this popular on-screen and off, you can make yourself a cool $70 million just like 25-year-old Kristen Stewart has.

Estimated Net Worth: $90 million. Bruno Mars may have caught your eye while doing his thing on stage or perhaps you fell in love with his voice over the radio, but the talented phenomenon isn’t just a one-hit (or trick) wonder. He’s more than just a triple-threat and has established himself in the business as a successful singer, songwriter, record producer, voice actor, and choreographer. Wowza! All of this has resulted in Mr. Mars being worth an eye-poppingly impressive $90 million at 29 years old.

Estimated Net Worth: $110 million. If you think Hermione’s $60 million was impressive, then you need to check out Harry Potter’s bank account. Daniel Radcliffe not only charmed the world as the Hogwart’s attending, evil-battling wizard in the insanely popular movie franchise, he also established himself as a force to be reckoned with in more ways than one. He’s not only incredibly talented, but with his role as Harry Potter and following work both on screen and on the Broadway stage, Daniel Radcliffe is a 26 year old worth $110 million.

Estimated Net Worth: $140 million. If you think Rihanna is a priceless gem, you wouldn’t be alone. But that doesn’t mean that there’s not an actual number that goes along with Ms. RiRi’s personal wealth. Being on the top of her game and at the top of the charts with singles and albums that have firmly established her as one of the iconic singers of her time has resulted in Rihanna being worth a jaw-dropping $140 million at just 27 years old. Forget the lyric ‘shine bright like a diamond,’ more like shine bright like a million diamonds.

Estimated Net Worth: $160 million. Miley Cyrus may come across as an out-of-control wild-child, but that doesn’t mean she’s not completely aware of what she’s up to every minute and with every crazy-like action that she takes. Sticking out your tongue (a lot!), twerking (or, at least, doing her best to twerk), and wearing nutso outfits certainly grabs the attention of Hollywood watchers. Her far out-there personality as well as both acting gigs (from the time she was Hannah Montana…oh how far shes’s come…) and her current musical endeavors, Miley Cyrus is 22 years old banking a plump $160 million.

Estimated Net Worth: $200 million. You can’t be surprised to see Justin Bieber’s name on this list, but that doesn’t mean you won’t be surprised to see how much the young star is actually worth. According to Forbes, the Beebs made $55 million in just one year (May 2011 to May 2012)! Add that amount to his other many millions and Justin Bieber is said to be sitting on around $200 million. Not to mention he’s only 21 years old…holy wow! Like him, love him, or loathe him, you gotta be at least a little impressed by that number.

Estimated Net Worth: $240 million. Justin Bieber may be pop music’s current prince, but the reigning pop princess tops his wealth by a mighty sum. Taylor Swift may only be 25, but she is everywhere right now – on the stage, on the radio, she’s even on Twitter involved in random tweet-fights – and all of that results in a reported worth of around $240 million. 1989 may have been a good year, but these past few years haven’t been half bad for Taylor Swift when it comes to raking in the mighty moolah.

Estimated Net Worth: $250 million. Miley Cyrus might be getting attention for her strange outfits and outlandish stage-acts, but she can still take some notes from the current queen of weird-arse arty performance mastery, Lady Gaga. Hitting the biz hard and fast, Lady Gaga made her mark in the music scene and in the process made quite the fortune. She’s worth so much, in fact, that she takes top spot on this list of epically wealthy young celebrities. At only 29 years old, Lady Gaga is reportedly worth $250 million. That’s a heck of a lot of Kermit the Frog dresses!