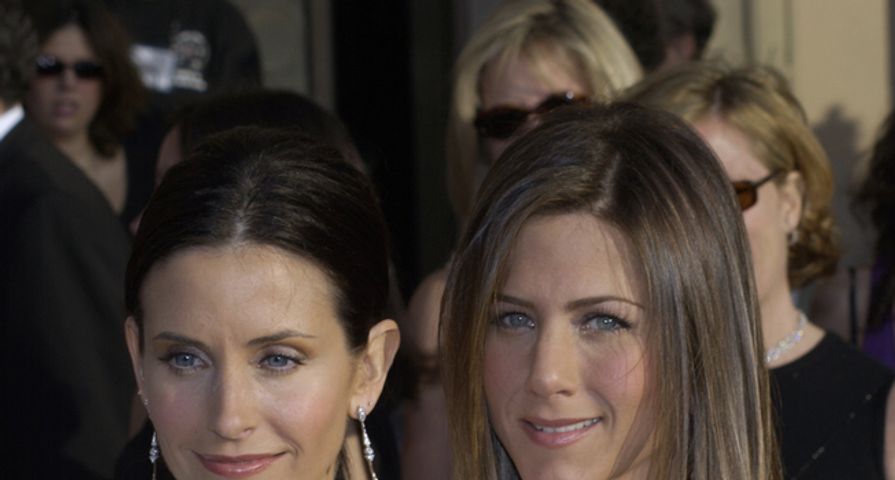 Who knew so many celebrities could be such good friends! These men and women have proven themselves to be tried and true. Through thick and thin, they have been there for their best buds, supporting them when they needed it and cheering them on when things are going well. Everyone needs great friends like these. We’ve already featured a list on Hollywood’s most surprising celebrity friendships, so now we have rounded up 7 of the cutest celebrity friendships. Many of these duos have been friends for years and, even though life has led them in different directions, they are still there for each other through the good times and the bad.

Emma Stone and Taylor Swift are pretty good friends. According to the “Easy A” star, her pop singer friend is quite funny. “She’s so great! We’re very different, but she has such a sick sense of humor,” she told MTV. “Nobody knows that. She’s so great. People know…how hilarious she is. They’ve seen her on ‘SNL.’ People are seeing it more now, and she’s so funny and she’s exactly who you think she is, and I love that.”

These two met several years ago at the Young Hollywood Awards for Hollywood Life magazine and have been friends ever since. “I listened to some of her music, and I wrote her an e-mail saying I liked her music, I swear. And then we started talking and hanging out,” the “Magic and the Moonlight” star said. According to Swift, Stone is one of her few friends, which includes Gomez, who can read her thoughts. “I’ve known them for so long it’s really cool to have friends that are that close,” she said.

Robert Pattinson and Reese Witherspoon became good friends when they played on-screen lovers in the film adaptation of “Water for Elephants;” however, they had met several years before on the set of “Vanity Fair.” She played his mother in the film! Witherspoon has had nothing but good things to say about her co-star. In an interview with MTV she raved about him. “He’s professional, hard-working, so appreciative, more grateful than I’ve ever seen anyone for where he is in life.” In another interview with Entertainment Tonight, she was similarly effusive. “I am so lucky. He’s so amazing and wonderful and sweet and just the nicest guy too, so you can just add that to the soup.”

In 2012, Witherspoon proved just how good a friend she was to Pattinson when she invited him to crash at her ranch in Ojai, California, after his longtime love Kristin Stewart was caught cheating on him with the married director from her film “Snow White and the Huntsman.”

Jennifer Lopez and Leah Remini are best friends. When Remini left the Church of Scientology, her singer friend helped her get through it. “Jennifer made special rings for all the women in her life that say, ‘I Love Me,’ and I’ve really come to realize you have to love yourself before you can expect someone else to,” she told Buzzfeed. “You have to learn to believe you deserve love. And I’m getting there. I’m starting to believe it.”

When Lopez was a guest on The Ellen DeGeneres Show, she told the host about her friend’s struggle with leaving The Church of Scientology and how she was there for her. “It was a tough moment for her. You know what I mean? It’s all she knew her whole life,” she said. “When you’re raised a certain way and you’re around people, you know, for a long time, you know, whatever that is it’s gonna be hard so…we’re good friends.”

Cameron Diaz and Gwyneth Paltrow have been friends for years now. They first became close back in 2008 after Diaz’s father died. Paltrow was pretty understanding of what her fellow A-lister was going through. She had lost her father to cancer in 2002. “She reached out after my dad’s death,” the “What To Expect When You Are Expecting” star said. “It was very sweet. We bonded on that.”

Their friendship is still going strong today. When Paltrow and her estranged husband Chris Martin announced that they had decided to “consciously uncouple,” Diaz was quick to defend her friend from any and all criticism. “People go separate ways in other aspects of their life and I think it’s really brave of them to phrase it that way. Leaving as a couple and deciding to stay together as parents and as friends – I think it’s beautiful,” she said. “I’m so proud of them.”

Matt Damon and Ben Affleck have been best friends since childhood. They men when Affleck was eight and Damon was ten. The “Bourne Identity” star’s family had just moved back to the area and was living two blocks away from the “Gone Girl” star. Their mothers, who both worked in education, became acquainted and encouraged their sons to become friends. In high school, these two really bonded. Even though they were two years apart, they had identical interests and were both interested in becoming actors.

Damon and Affleck were so close as teenagers that they that they would save money for travel to auditions in a joint bank account. During the summer, they would often work together in construction and as cinema ushers. Once they finally broke into Hollywood with movies like “Good Will Hunting” and “Dogma” they remained close friends. As of the year 2000, they established a production company together, LivePlanet. These two are now married with children, but they are still good friends.

Jessica Simpson and Cacee Cobb have been friend since the late ‘90s. They initially met when Cobb was working in the A&R Department at Columbia Records. She was working on all of Simpson’s records. When she started to tour, Cobb became her road manager and the rest is history. “And the crazy thing is that the first day out on the road with her, something happened with our travel and it screwed up. I didn’t have a hotel room, so we had to sleep in the same room in the same bed. The first day we even traveled together,” Cobb told iVillage. “We sat up all night. It was like a slumber party. We just hit it off immediately.”

These two are still friends to this day. They were both bridesmaids at each other’s weddings and they also managed to get pregnant at the same time. Cobb gave birth to Rocco three weeks after Simpson had her son Ace. Something tells us that these their sons are going to be friends just like their moms!

Jennifer Aniston and Courteney Cox met on the set of “Friends” back in the 1990s and they’ve been friends ever since. “There’s absolutely no judgment in Court. You’ll never feel scolded. She’s extremely fair, ridiculously loyal and fiercely loving,” Aniston told More magazine. “I’ve slept in her guest bedroom a lot. Without giving away too much of my private stuff, all I can say is she’s been there for me through thick and thin.”

Cox feels the same way about her former co-star and best friend. “We’ve known each other nearly 15 years now, we grew up together emotionally. I lost my father, Jen got divorced, and I had a baby. We’ve been through huge life changes together. I can be myself around her,” the “Cougar Town” star said. “We never judge each other, we support each other, but we’re honest with each other too. I feel lucky to have her.”