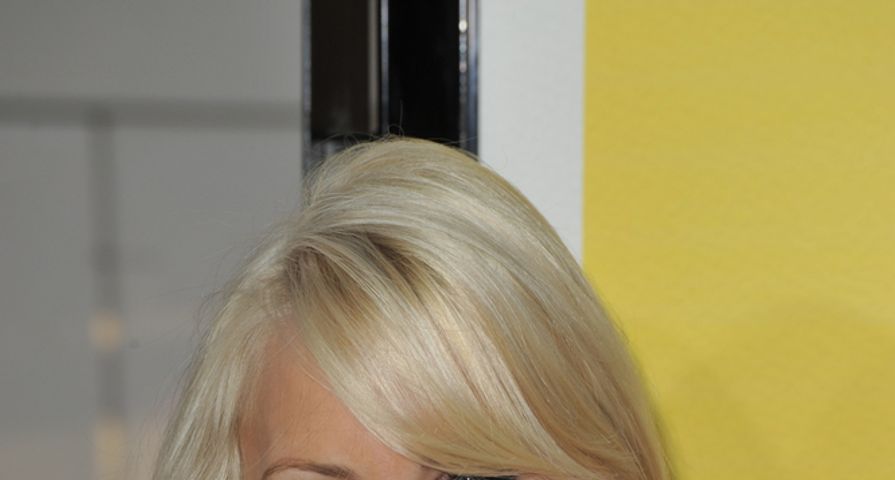 Funny is no longer just a man’s game! While men may have dominated comedy through the decades, women now play more major roles, often writing, directing, and starring in hit movies and television shows. Comedy has a sharp feminine voice, exemplified by these 12 undeniably hilarious women:

Jones, 37, is best known as Ann Perkins from the NBC series Parks and Recreation, and for her recurring role in the popular comedy The Office . Also strutting her stuff in movies such as I Love You Man, and My Idiot Brother, Jones brings reality to comedy with her down to earth dialog and subtle humor.

The actress, 43, is known largely for her role as comedic writer extraordinaire on Saturday Night Live, as well as her starring role as TV’s luckless Liz Lemon of 30 Rock. With screen appearances in comedies ranging from Mean Girls to Date Night, Fey has a quick tongue and sharp wit that keeps her fans in stitches.

Anna, 37, has beauty with the funny bone to match, starring in such films as The House Bunny and The Dictator, plus reoccurring roles in all of the Scary Movie films. Along with appearances in television’s Friends and Entourage, Farris pushes the boundaries of comedy, all the while using her beauty as a means of creating comedic situations and eliciting laughs.

World-renowned actress Sandra Bullock, 49, takes the buddy-cop comedy to another level, starring in such films as Miss Congeniality, Miss Congeniality II, and most recently, The Heat. Also known for her role in The Proposal alongside Ryan Reynolds, Bullock keeps the laughs coming with her no-nonsense attitude and her unique ability to turn any situation into an uncomfortable exchange.

Sarah Burns, who coyly refuses to give her age, is a prolific comedian with a host of television appearances on such shows as Damage Control, Drunk History, Enlightened and The New Normal, as well as minor roles in the films I Love You, Man and Life as We Know It. Fans love Burns for her contagious personality, and her constant commitment to “go there”, even when “there” is painfully awkward.

Rudolph, 41, known widely for her many singing roles as a cast member of Saturday Night Live, has also garnered laughs in such films as Idiocracy, Grown Ups, Bridesmaids, and Grown Ups 2. The daughter of a singer and a music composer, Rudolph combines a wicked sense of humor with a stunning voice equaling hilarious results.

Kristen, 39, takes the writer/actor combination to the next level, writing and staring in the blockbuster comedy, Bridesmaids. Also known for her work on Saturday Night Live, Arrested Development, and the films Knocked Up and MacGruber, Wiig’s fans love her ability to turn everyday situations into a mash up of awkward truth and hilarity.

Poehler, 41, another comedian of Saturday Night Live fame, is now widely known for her starring role as Leslie Knope in Parks and Recreation. With comedic gems like Baby Mama, Mean Girls, and Blades of Glory in her repertoire this queen of improvisation really knocks them dead.

Bell, 31, puts a comedic twist on nerdy, starring in movies such as Fanboys and Forgetting Sarah Marshall. Also known for her roles in Couple’s Retreat and Reefer Madness: The Movie Musical, this comedian is a self-admitted hit with the nerds, but her comedic timing makes her a hit with almost everyone as well.

Rebel Wilson, 27, is the Aussie that everyone loves to laugh at. Known for the hit movies Bridesmaids and Pitch Perfect, along with A Few Best Men, What to Expect When You’re Expecting, and Bachelorette, Wilson is adored for her audacious attitude and her commitment to everything outrageous.

Applegate, 41, brings sexy to the comedy scene in films like Anchorman: The Legend of Ron Burgundy, Employee of the Month, Hall Pass, and Mars Attacks. She’s also had success in television with her hit show Up All Night. Applegate skillfully combines sensuality with humor to create a winning combination that makes fans fall out of their chairs.

Mann, 41, may be the undisputed queen of comedy. Known for hit films like The Cable Guy, The 40-Year-Old-Virgin, Knocked Up, 17 Again, and This is 40. Often collaborating with her director/husband Judd Apatow, Mann’s on-screen chemistry is undeniable and she steals the show with her sharp wit and spontaneity.