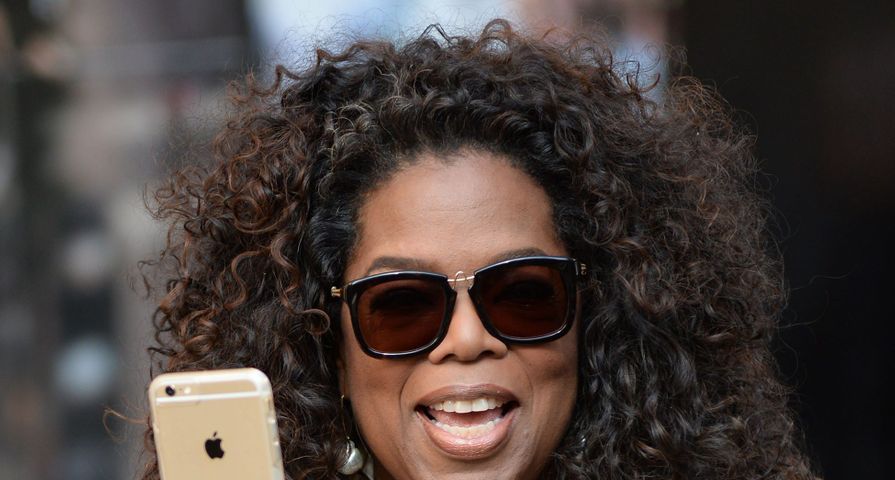 If you’re hoping to push a perfect image as a celebrity, it’s best to stay away from social media. Think about people with the best reputations in TV, music and movies… not many engage in the social media throw down on a regular basis. Some A-list celebrity types like Tom Hanks will throw out a tweet from time to time, but considering celebs who post a lot…? They will eventually endure a social media gaffe, or a complete and utter failure. Here are 10 of the most epic celebrity, social media fails of recent memory!

Before Donald was engaged in his ferocious campaign for President of The United States, he was just a fella who liked to stir the political pot, make TV shows, run beauty pageants and own as much stuff as he could possibly own. And he loves his fans. He loves his fans so much, he takes the time to connect with them through social media. And Donald’s social medium of choice? Twitter. On one particular day, Donald got a message from a fan with the handle of @feckhead. First red flag? Nah, not for Donald. @feckhead asked Donald if he would retweet a picture of his late parents, who always called Trump an inspiration. Obliging Mr. Feckhead, Donald retweeted the photo, not realizing that he was posting a photo of infamous serial killers, Fred and Rose West. And people think he should be president? Surely not.

Listen, we’re all going to go through some really rough times. And we’re going to feel desperate during those times. One thing a celebrity should never do during those times is turn to social media. It’s really not a safe place, even if it seems you’re getting more real love than you might have ever imagined. Sadly, Jared Padalecki–best known from Gilmore Girls, and Supernatural–was going through a rough patch, and he turned Twitter into a live therapy session. If you need support from your millions of followers, it’s understood. Getting cryptic, and dialing up the drama with no real explanation? That’s just cruel. And that is exactly what Padalecki did when he told his followers that he needed people to write him, so he could glean the love. Then, he suggested he had to bail from appearances to head “home,” leaving fans in a tizzy.

Oops. It’s understood that loyalty will lead one to make some dumb mistakes, but Ashton, who was the original King of Twitter, once jumped the gun, and came to the defense of an individual in a sketchy situation. When the tragic drama developed at Penn State University centered around football coordinator, Jerry Sandusky, the administration took it upon themselves to cut ties with everyone, including legendary football coach, Joe Paterno. This one is still cause for debate, because everyone seems to be of the mindset that “there’s no excuse for ignorance, and ignorance is no excuse.” Ashton disagreed, and took to Twitter to defend “JoePa.” He took the brunt of the blow for the old fella, and he was lambasted by people from all walks of life for taking such a stance.

Kim Kardashian is no stranger to Twitter/Instagaffes. As suggested in the intro to this illustrious list, when you live in the social media mix, the odds of tripping over your text will greatly increase. So, let’s pick one, shall we? How about Kim’s desire to pray for the folks caught in the Gaza Strip crossfire. Unfortunately, she didn’t say it like that, which would have been fine. Kim started her prayer session, offering up the requests for “Israel.” This immediately made Kim the Twitter target of individuals who were Palestinian, or considered themselves pro-Palestine. So, Kim followed her Israel prayer tweet with a Palestine prayer tweet, and got the same reaction from the other side. She deleted both tweets, took to Instagram and apologized to everyone, and asked that everyone pray for the people stuck in the middle of the madness.

Let’s keep it in the Kardashians, shall we? Good ole Rob. He has thoroughly enjoyed that coin from pops, and the money associated with the fame whoring brought to the family by his mother and sisters, but Rob has never really fit into that mix. In an alleged attempt to follow in his father’s footsteps, Rob decided he’d do the law school thing. So, he took to social media to let all of his followers know that he was going to start law school in 2013, and that he was very excited about it. He hash tagged #UniversityofSouthernCal #Trojans #FightOn. After word got out, and the gossip sources let the news fly like a paper airplane, USC offered a response: Rob hadn’t even applied to its law school. It was a total shock to learn that a Kardashian was concerned about keeping up appearances.

Sweet mercy, James Franco. What about this guy suggests he should be intermingling with the general public? If ever there were evidence that he shouldn’t be, he has offered it via social media. And if he weren’t a celebrity, he likely wouldn’t get in trouble via social media. It is a bit telling and terrifying that James Franco can go creepin’ for underage girls via social media and nothing is legally addressed. What did Franco do, exactly? On a particular occasion, he engaged with female fan in a back and forth via social media, convincing her that he was, in fact, James Franco, then proceeded to ask her how old she was and whether he should get a room at the hotel where she was staying. This time, the girl posted the exchange online, leaving Franco with his pants down.

Oprah Winfrey loves the Microsoft Surface tablets. And who doesn’t? They are, hands down, the best thing Microsoft has offered in the realm of personal computing. In fact, the words you’re reading are being tap, tap, tapped from a Surface Pro. That is how you offer love for the Surface. You use it. Not Oprah. She offered her endorsement to Twitter, exclaiming that she loved the Surface so much she purchased 12 of them for Christmas presents. There were a couple things the public could gather from this particular tweet. 1.) It obviously pays to know Oprah. 2.) She offered the tweet from an iPad. Seriously. Then again, Oprah is proving to be more a universalist type as she gets older, so maybe she felt obligated to offer some love for one thing via its biggest competitor. The reactions were slightly less venomous than Kim K. straddling the Gaza fence.

Drugs are bad, people. They are the key to the door labeled delusion. Just ask Lindsay Lohan. Lindsay was riding on a natural high, working into adulthood and she was part of the A-list. After Mean Girls, she was it. IT! And it didn’t take long for the fangs of fame to bite her hard, and take her down. Everything in her life went wrong, and she compounded it through drug use and social media. Yes, through her turmoil, Lindsay never stopped using her Twitter account. We don’t even know where to begin with Lindsay. From her relationship with Samantha Ronson to her general state of confusion regarding fellow celebrities, “wtf is emma stone?” to 140 character, rambling, incoherent musings, Lindsay has offered it all. But the best? How about the bomb she dropped in 2013. “It’s official. Pregnant…” Except she wasn’t.

From one train wreck to another… Amanda Bynes was a celebrity downfall story we never saw coming. Sure, being a child actress, there was always a chance that something might spoil, but after she made good on What I Like About You, co-starring Jennie Garth, it seemed like she would transition nicely into adulthood. Boy, were we wrong. Amanda’s downfall was well documented via Twitter. She engaged in random, bitter feuds with people like Rihanna, and after “getting clean,” Amanda accused her father of molesting her. Those accusations turned out to be baseless, fyi. Still, nothing compared to her first, long swim in the waters of WTF, when she tweeted that she wanted Drake to murder her va– … um… can’t… say it… You remember, right? She wanted Drake to do naughty things to her.

When your last name is Weiner, you walk a fine line. At best, you’re a lifelong punchline, at worst, you have a reputation that suggests you actually take pride in having Weiner for a last name. Anthony Weiner is a different kind of celebrity. He’s a fella who made good on having a punchline for his last name, and got people to vote for him. He got so many people to vote for him, he was elected into a public office–a Congressional Representative for the state of New York. And like almost everyone in public office these days, Anthony Weiner had a public Twitter account. And like a rash of politicians before him, Anthony used his account to do a little direct message sexting with several women over the course of three years. One woman outed him, and that was that for the political career of Anthony Weiner.