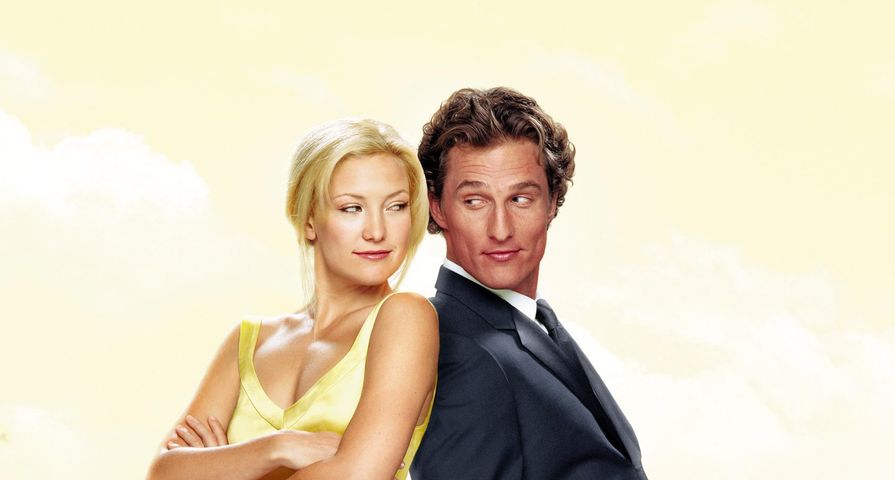 How to Lose a Guy in 10 Days is a romantic comedy that was released back in 2003 and still reigns in popularity today. Starring a young Kate Hudson at the beginning of her career alongside Matthew McConaughey, this hilarious movie is about two New Yorkers who end up falling for one another while trying to win a bet. It’s been 15 years since the film was released, so here’s a look at 8 things you probably didn’t know about How to Lose a Guy in 10 Days!

8. Gwyneth Paltrow Almost Got the Lead

It’s hard to imagine anyone other than Kate Hudson in the role of Andie Anderson, but when the film was in its early stages of production Gwyneth Paltrow was up for the lead and Mike Newell was being considered as a director. “To get Mike to commit to a date was beyond my ability, so then Gwyneth took ‘View From the Top,” said producer Lynda Obst. “Then we saw ‘Almost Famous.'”

7. How Kate Hudson Prepped for the Role

In order to prep for her part as a magazine editor, Hudson spent a day shadowing the best of the best — iconic Vogue editor Anna Wintour. “I tore out all of these how-tos in Cosmo and Glamour,” said Obst. “Those are the kind of things that I skip over.”

According to IMDB, there was an estimated $14,200,000 worth of jewels in the film! All of these were, of course, lent to the production. Some of the most expensive jewels were worn during the scene when Andie attends an event wearing a silk yellow gown, along with an 84-carat yellow diamond pendant. This Harry Winston necklace was reportedly valued at $5,280,000. She also had on diamond earrings worth $125,000.

5. There was a lot of Improv

During a cast interview with BBC News, director Donald Petrie said he encourages improv on set. “I’m very sneaky as a director. I’d go over to Kate and say, ‘OK, in this next take, don’t tell Matthew, but do this.’ She would do it. What’s great is that, because they’re such consummate professionals, they never break character,” he said. For example, the scene where she introduces Ben to the dog and then plasters him with kisses, that was all improv! And when she threw the plate of veggies and said, “Are you saying I’m some kind of mental person?!” This is why the reactions from Ben in this scene are so hilarious — they are totally genuine!

In an interview with Entertainment Weekly, producer Lynda Obst revealed that Matthew McConaughey almost didn’t get the role because of his age. “[At first] we thought he was old for her. He’s 33, she’s 23.” Luckily, the age difference never really bothered Hudson, who at the time was married to an older man — Black Crowes’ singer, Chris Robinson.

A lot of people might not know this, but How to Lose a Guy in 10 Days is actually based off a short cartoon book of the same name. In fact, Andie’s two best friends, Michele and Jeannie, are named after the authors of the book: Michele Alexander and Jeannie Long.

The magazine that Andie and her friends work at is called Composure magazine, which was largely based on Cosmopolitan magazine. All of the scenes at the Composure office were actually shot in the Conde Nast building in New York which is home to several famous magazines, including Vogue, GQ, Allure, and Glamour!

This hidden detail is easily missed, but in the beginning sequence of the film, a copy of Composure magazine is shown and the model on the cover is Katherine Heigl!