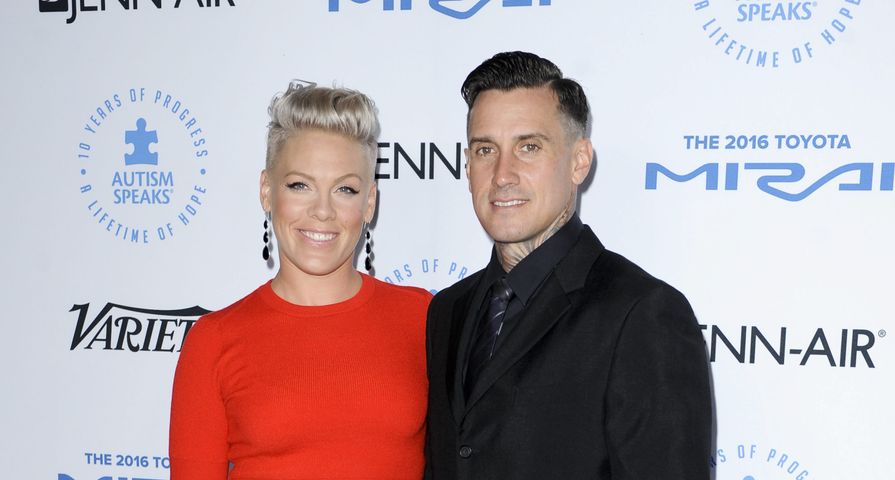 When it comes to casting for music videos, the role often requires getting up close and personal with the artist, so sometimes some singers skip the awkwardness of getting passionate with a stranger and just enlist their spouse or boyfriend/girlfriend instead. Some of these pairs are still deeply in love while others will forever have their career tied to their ex for one music video at least. Here are 15 celebrities who starred in the significant other’s music video:

15. Ben Affleck in Jennifer Lopez’s “Jenny From the Block”

Back in the early 2000s Jennifer Lopez and Ben Affleck were one of Hollywood’s top power couples, so it isn’t surprising she used the opportunity to have Ben star as himself in her music video for “Jenny From the Block.” The video chronicled the scrutiny the pair were under from the media at the time and included some very intimate moments including an iconic boat scene. While the song and video was a hit, the pair ended up breaking up shortly after, but we will always have the video to remember their reign in Hollywood.

For quite awhile, musical powerhouses Jordin Sparks and Jason Derulo were one of the most low-key couples in the industry before making things more public when Sparks starred in the video for “Marry Me.” Of course, picking that particular song for Sparks to co-star caused many rumors that the pair were in fact engaged, but it wasn’t long after things took a drastic turn and they split.

During Jessica Simpson and Nick Lachey’s four year marriage, the pair were very open about their relationship. Of course, that included their own reality show, so it wasn’t surprising when Nick Lachey starred in her music video for “Sweetest Sin” which was about Simpson losing her virginity to her then-husband. The extremely personal and sensual video is simply uncomfortable, even more so now since the pair split, and it isn’t the only time Lachey co-starred for his wife; he also appears in the video for her song “Where Are You?”

It is no surprise Seal would want his extremely gorgeous model wife Heidi Klum in at least one of his videos. After five years of marriage it finally happened when Klum starred in the music video for Seal’s 2010 song “Secret.” Unsurprisingly, the video was intimate and passionate, the only surprising thing was it was the only video of his she appeared in through their nine years of marriage before splitting in 2012.

The best part about dating an actor is you don’t have to hire one for music videos, especially when it is for a romantic song, something Mariah Carey took advantage of when married to Nick Cannon. In 2011, Cannon starred alongside his then wife in her music video for “Love Story,” which makes sense as the pair were madly in love and in the middle of their eight-year marriage. Despite sharing their love in the video, their relationship came to an end in 2014.

In the early 2000s Usher and TLC’s Chilli had a somewhat complicated relationship plagued with cheating rumors, but that didn’t stop Chilli from starring in not just one, but two of Usher’s music videos. The couple co-starred in both “U Got It Bad” and “U Remind Me” which were rumored to be about his infidelity and their relationship was also said to be the entire inspiration behind his “Confessions” album. Later, Chilli denied all the rumors, simply stating, “We were together when he recorded that album. All of those songs on Confessions, that was about Jermaine Dupri’s situation. Usher was just singing it. But people kind of bought into it.”

When in need of a male lead for her music video for “You & I”, Lady Gaga needed to look no further than sexy actor Taylor Kinney. The pair only met for the first time when filming the 2011 video, but it sparked their relationship, and they remained together until 2016 when they surprised everyone by calling off their engagement.

It is not news to Adam Levine fans that the Maroon 5 lead singer likes supermodels, and he also likes featuring them in his band’s music videos. Levine’s ex-girlfriend, Victoria Secret model Anne Vyalitsyna appeared in Maroon 5’s “Never Gonna Leave This Bed” and “Misery” while dating the frontman, but most importantly he made sure to give a starring role to his now wife, Behati Prinsloo, in a recent Maroon 5 video. The stunning couple co-starred in the 2014 video for “Animals.”

While most famous spouses step in as themselves for a romantic video, Candice Accola got to do some real acting. The Vampire Diaries actress appeared in The Fray’s music video for “Love Don’t Die” alongside her husband, The Fray guitarist Joe King. In the video the band plays at a bar where they aren’t welcome at first, and then Candice enters with some friends. King comes to her rescue when she is being harassed by one of the bar patrons, starting an entire bar fight. Of course, in the end the two have a moment, and only time will tell if the actress will be making anymore music video appearances for The Fray.

Country singer Brad Paisley had a crush on actress Kimberly Williams for years before the pair started dating in 2001, and not long after he was able to convince her to appear in his 2002 music video for “I’m Gonna Miss Her.” The video may be about Williams playing his wife who then gets angry and leaves him after he chooses to go fishing instead of spending time with her, but in real-life the adorable couple are still going strong since marrying in March, 2003.

Carrie Underwood is married to the NHL’s best-looking player (according to her, of course) so she tested out his acting skills by featuring Mike Fisher in her video for the 2010 song “Mama’s Song.” In the song, Carrie sings about finding a man who her mother prayed for for her daughter, and since Underwood and Fisher tied the knot only shortly before the video was filmed, it definitely wasn’t hard for the pair to act out the wedding and honeymoon scenes. Naturally, Underwood’s mother was the real star of “Mama’s Song,” but Fisher also made his appearances count.

There is no way that anyone missed this particular video. In 2014, Kim Kardashian starred alongside husband Kanye West in the music video for his 2013 song “Bound 2.” Naturally, the music video makes absolutely zero sense as a half naked Kim Kardashian sits in front of Kanye as he pretends to drive a motorcycle in front of a lot of green screen imagery. Needless to say, the video ended up being parodied many times and Kardashian hasn’t appeared in anymore of her husband’s videos before or after.

Pink and her husband Carey Hart have had their ups and downs and a few breakups and makeups, but the two have always persevered. Even during their breakups the two could never fully give each other up and that was evident in 2008 when Pink released the video for her single “So What” in which she bashes her ex, calls him a tool and states she doesn’t care and is moving on only for Carey Hart to agree to star in it! With that kind of love still obvious, it isn’t surprising the two got back together, welcomed two children and Hart even appeared in her videos for “Raise Your Glass,” “Just Give Me a Reason,” “True Love,” and “Just Like Fire.” Prior to all of that he also briefly appeared in her 2002 video for “Just Like a Pill.”

Zayn Malik drastically shook up the music world when he left One Direction, but he knew just how to make an impact with his solo career. Upon the release of his very first solo music video for his hit single “Pillowtalk,” Zayn had one of the world’s biggest models star in it, Gigi Hadid. At the time, the pair were still insisting they were just “good friends,” but it didn’t take long for the two to drop the ruse and finally admit their relationship.

1. Chrissy Teigen in John Legend’s “All of Me”

The adorable relationship between Chrissy Teigen and John Legend all began thanks to a music video! The pair met in 2006 when the gorgeous model was hired to star as Legend’s love interest in the music video for his song “Stereo.” The pair went on to date for seven years and were married in 2013, the same year she agreed to star in the super-sexy video for his single “All of Me,” which includes water makeout sessions and steamy shower scenes.