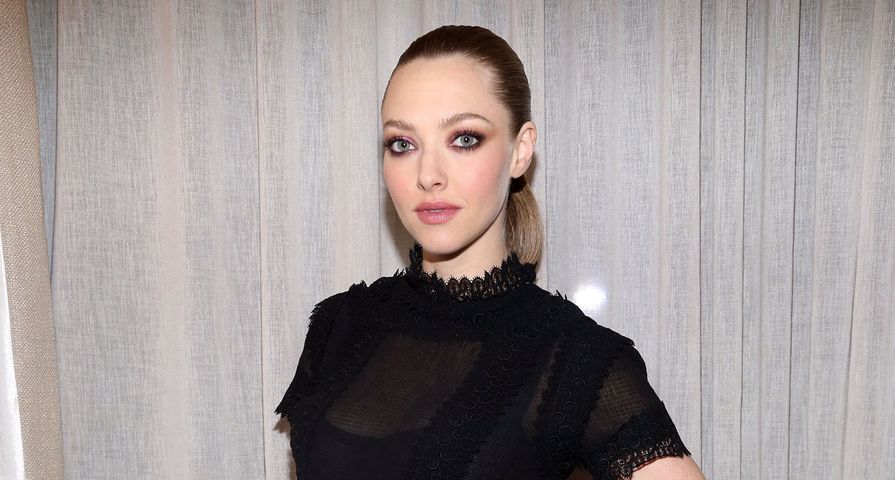 It’s hard to believe, but the year of 2016 is almost over! It was a long 12 months full of some pretty shocking celebrity news from divorces, deaths and then the never ending baby announcements! So many of our favorite stars and Hollywood couples either welcomed a child in the past year or shared the exciting news that they are expecting, or both! In fact, there were so many baby related announcements that we couldn’t even fit them all on this list. We had to leave out some pretty awesome ones like Kerry Washington, Adam Levine and Behati Prinsloo, Bradly Cooper and his supermodel girlfriend, Irina Shayk, as well as Eva Mendes and Ryan Gosling, Morena Baccarin and Benjamin McKenzie, Jason Ackles, Sarah Roemer and Chad Michael Murray, and Supernatural star, Jared Padalecki — just to name a few! We deem 2016 the year of babies — here are 15 of the biggest pregnanies in 2016:

Olivia Wilde announced she was expecting her second child, a daughter, with finance Jason Sudeikis on Monday, April 18. The couple already have a son, Otis, who was born in April 2014 and is now two-years-old. She made the announcement by posting a photo to Instagram of herself and Otis touching their bellies with the caption, “Matching baby bumps.” Wilde gave birth to Daisy Josephine Sudeikis on Tuesday, October 11, 2016.

Teen Mom 2 star, Chelsea Houska, announced she was expecting her second child on her Instagram and personal website on July 12. She took to Instagram to post a photo of herself and Cole, as well as Aubree holding a sonogram with the caption, “And then there were four….” This will be the second child for the 16 & Pregnant reality star, who already has a daughter, Aubree, with her ex Adam Lind. It will be her first child with Cole DeBoer, who she just married about two months ago in an intimate ceremony on Sautrday, October 6th. Houska and DeBoer have been dating since 2014 and got engaged in November 2015. On November 6, she and Cole revealed they are expecting a baby boy who is due in Februrary 2017!

Newlyweds Ciara and Russell Wilson announced they were expecting via Instagram on her 31st birthday this past October 25. She posted a picture of Wilson and her cradling her little baby bump with the caption: “On this special Birthday I received an abundance of love from friends and family…and I’m excited to Finally share one of the Greatest Gifts of All that God could give.”  Ciara is already a mother to her 2-year-old son, Future Zahir, who is named after his father and Ciara’s ex-fiance by the same name, rapper Future. The “I Bet” singer and her NFL Seattle Seahawks quaterback husband tied the knot on July 6, 2016. It’s unclear when their due date is, but it’s most likely in the Spring of 2017!

Instead of taking to social media like many other celebrities, Natalie Portman, pulled the biggest surprise ever when on Sept. 8 at the Venice Film Festival permiere for her film, Planetarium, she walked out in a fitted Dior gown and debuted a growing baby bump! Portman and her husband, Benjamin Millepied are already parents to a 5-year-old, Aleph. The Hollywood couple have not given their exact due date, but rather said it will be sometime in the Spring of 2017.

Peta Murgatroyd and her fiance Maksim Chmerkovskiy, both pro dancers from the popular competitive dance show Dancing with the Stars, went public with news of their pregnancy on May 25, 2016. The announcement was made merely hours after she was pronounced the winner of Season 22 and reportedly was made sooner than they would have liked. TMZ reported that host Erin Andrews forgot to take off her mic when she went over to congratulate Peta and Maks which blew the lid off their surprise before they were ready to share the news. She waited five weeks after the surprise was blown before she officially announced on social media and showed off her baby bump. Chmerkovskiy proposed to Murgatroyd on stage back in December 2015 and they are planning to wed after the baby arrives next summer. In recent pictures, Peta looks just about ready to pop which isn’t surprising because they are due in January 2017!

Evans was another celebrity whose pregnancy secret was blown before she was ready to share the news. The Teen Mom 2 star got into a car accident while driving with her boyfriend (who is also the expectant father), David Eason, and the police report was leaked to the press in early July. The report said, “The passenger in vehicle #1 stated that she is at least (10) weeks pregannt and complained of abdominal pain. She was transported for treatment to [a local hospital].” She took to social media after the report was leaked and denied the news that she was pregnant. She didn’t acknowledge the rumors until August 24, at which point she also announced the gender, due date and even a name! Jenelle Evans and David Eason are expecting a baby girl named Ensley Jolie Eason on January 28, 2017. This will be the third child for Evans, who has a 6-year-old son, Jace, from a previous relationship and another son, Kaiser, 2, with ex-fiance, Nathan Griffith.

Stars of That 70’s Show, Mila Kunis and Ashton Kutcher, revealed they are expecting a second child back in early June 2016. A few months later in October, Kutcher accidentally let it slip on the Today show that he and Kunis were having a boy. He confirmed the news on Late Night with Seth Meyers the next day. They welcomed their baby boy, Dimitri Portwood, on Thursday, December 1st. The longtime couple, who were married in July 2015, are also parents to a two-year-old daughter named Wyatt.

Gossip Girl star, Blake Lively, and her husband, fellow actor Ryan Reynolds, are notoriously private when it comes to their pregnancies. Rumors started swirling that Lively was pregnant when photos surfaced of her in a bathing suit on the set of her newest film, The Shallows, covering up what appeared to be a small baby bump. She probably would have been able to keep it a secret had she not been called back to shoot some extra scenes for the film. She then made her baby bump debut at the 2016 Cannes Film Festival in May. On September 30 it was announced the couple had welcomed their second child, and although the gender has not be publicly revealed, Reynolds hinted it was a girl when he Tweeted, “The mobile above my daughter’s crib is just a whole bunch of NuvaRings. So she remembers how lucky she is.” Lively and Reynolds are already parents to a 2-year-old daughter named James.

Amanda Seyfriend is the most recent celebrity on this list to have announced a pregnancy! She showed off a small baby bump when she attended the Givenchy press launch only two days ago on Tuesday, November 29. This will the be the first child for the actress and her fiance, fellow actor Thomas Sadoski. The couple met while working on the off-Broadway show The Way We Get By last year. Seyfried and Sadoski confirmed their engagement just this past September when she debuted a silver ring on her finger while out and about in New York City. It’s unclear when their due date is or what the gender of the baby is, but we’re excited to find out!

Pink shocked fans when she posted a photo to her Instagram account with the surprise announcement that she’s pregnant with baby number two! She and her husband, Carey Hart, took to Twitter and Instagram on Saturday, November 12 to share the exciting news. The 37-year-old singer posted a photo of herself in a long white dress, cradling her baby bump while her 5-year-old daughter, Willow, stood next to her. She captioned the photo, “Surprise!” — what a surprise indeed! She hinted she would have more children during an interview on Good Morning America in May, but kept her plans a secret until recently. Pink and Hart have no shared what their due date is or whether or not they are having a boy or a girl. We suspect their baby is due sometime in early 2017.

Former Grey’s Anatomy star, Katherine Heigl, shared this past June that she and her husband of eight years, Josh Kelley, were expecting their third child, a baby boy! The child will be joining siblings Adalaide Marie Hope, 4, and Naleigh Mi-Eun, 7, both of whom are adopted. Heigl and Kelley adopted Naleigh from South Korea in 2009 and Adalaide was adopted domestically in 2012. Heigl said the pregnancy was unexpected, but extremely welcomed and is due in January 2017!

Tori Spelling and Dean McDermott were another couple that shocked fans when they announced they are expecting their fifth child. The couple have been embroiled in a series of other scandals, like infidelity back in 2013 and Tori’s financial issues. She reportedly owes over$ 37,000 to American Express. Even she admitted the pregnancy was a total surprise, but she and McDermott are excited about expanding their family once again. The pair are already parents to Liam, 9, Stella, 8, Hattie, 5, and Finn, 4. As of October, when they announced, they didn’t know the gender of the baby and is most likely due sometime in the spring of 2017.

Controversial reality stars, Blac Chyna and Rob Kardashian, announced they were expecting their first child on May 6 after only a few months of dating. The pair started dating in January and were engaged by April. The Kardashian-Jenner family tree is getting increasingly complicated as Chyna already shares a son, King Cairo with ex-fiance, Tyga, who is dating Kardashian’s half-sister, Kylie Jenner. In September, the pair announced they were expecting a baby girl on their reality show, Rob & Blac Chyna. On November 10 they welcomed the most recent Kardashian girl into the world and named her Dream Renee Kardashian.

Megan Fox lands at number two on this list because of how shocking her pregnancy announcement was! The Teenage Mutant Ninja Turtles actress debuted her baby bump when she showed up at the CinemaCon in Las Vegas on Monday, April 11. She seemed to be at least three months along and had been strategically hiding her baby bump in the weeks prior. The announcement came as a huge surprise because she had filed for divorce from her estranged husband, Brian Austin Green — with whom she shares two sons, Noah, 3, and Bodhi, 2 — last August after five years of marriage. The two had been separated for quite some time, so there was a bit of speculation as to who the father was, but it soon became clear that Fox and Green had mended their relationship and were welcoming the child together. She welcomed baby no. 3, a boy named Journey River Green on August 4, 2016.

Rumors started swirling when Janet Jackson unexpectedly postponed her Unbreakable World Tour in the beginning of April due to a “sudden change.” She then posted a video to her personal Twitter account and said, “I thought it was important that you would be the first to know my husband and I are planning our family, so I’m going to have to delay the tour. Please, if you can try to understand that it’s important that I do this now. I have to rest up, doctor’s orders.” This message made it clear that either Jackson was planning on starting a family, or she was already pregnant. It wasn’t until October when Jackson officially confirmed she was pregnant in an exclusive with People. She posed for a glowing photo as she cradled her growing baby bump. She and her husband, Wissam Al Mana, have kept a low profile since announcing their pregnancy and it’s unclear when she is due, but we suspect because of timing it’s sometime before the end of 2016.