12 Most Shocking Celebrity Deaths Of 2016 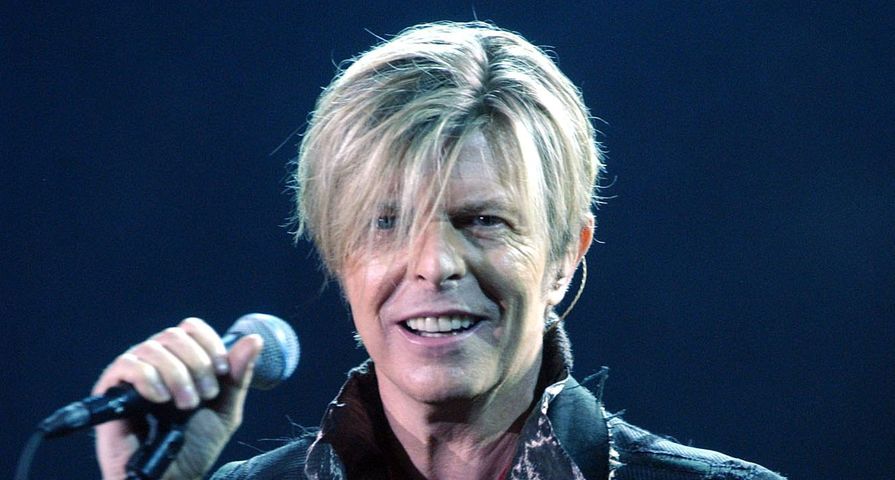 2016 saw a lot of tough losses in Hollywood in which fans, friends, and family had to say goodbye to many major stars. Fortunately, many of those stars lived a long and successful life before passing away, but there were many other stars who died with barely any warning, shocking everyone. From secret battles with cancer to tragic accidents, the reports of these star’s death were truly surprising and deeply saddening. Here are the 12 most shocking celebrity deaths of 2016:

Former Growing Pains star Alan Thicke showed no signs of health issues before his sudden passing on Tuesday, December 13th. The beloved star had been playing a game of hockey with his son Carter near their home in Burbank, California when he suffered a heart attack. Thicke was rushed to a hospital where he remained until his passing a short time later, shocking fans, family and friends deeply. He is survived by his wife Tanya, and his three sons Robin, Carter, and Brennan.

Hawaii Five-O actor Keo Woolford was only 49 years old when he passed away on November 28, 2016. The actor, best known for his role as Detective James Chang in the hit series, suffered a sudden stroke on November 25, before succumbing to it three days later.

Ron Lester, who was best known for his roles in the films Good Burger, Varsity Blues, and Not Another Teen Movie was only 45 years old when he passed away on June 17, 2016. Known for his weight, which landed him many of his roles, Lester made the decision to get gastric bypass surgery, after which he lost 348 pounds and failed to receive as many roles. Over the years he developed issues with his liver and kidneys and eventually died due to failure of both organs after asking to be taken off of life support.

Reality star Angela ‘Big Ang’ Raiola best known for starring in the series Mob Wives, tragically passed away on February 18, 2016 at only 55 years old. Big Ang had battled both lung and brain cancer, and was first diagnosed in March 2015, but underwent two surgeries which were thought to have gotten rid of the cancer. Unfortunately some time later she was then diagnosed with stage IV lung and brain cancer and succumbed to the disease less than a year later.

Florence Henderson was best known for her iconic portrayal of Carol Brady in the The Brady Bunch series, and while she may have been 82 at the time of her death, there was no sign of any health complications. The stunning star’s death was shocking for so many because, only days before she passed away on November 24, 2016, she was in the audience at the finale of the 23rd season of Dancing With the Stars, and had been on the show earlier cheering on her former on-screen daughter Maureen McCormick. Henderson passed away at Cedars-Sinai Medical Center in L.A. of heart failure while surrounded by family and friends.

Alexis Arquette was only 47 years old when she passed away on September 11, 2016. Alexis was best known for playing the role of a Boy George-inspired character in the 1998 Drew Barrymore and Adam Sandler film The Wedding Singer, but she is also known for being a part of the famous Arquette family as the sibling of actors David, Patricia, and Rosanna. A couple of weeks after Arquette’s sudden death, reports indicated that Arquette passed away at the age of 47 from cardiac arrest which was triggered by her 29 year battle with HIV. Richmond Arquette wrote on Facebook, “Our brother Robert, who became our brother Alexis, who became our sister Alexis, passed this morning September 11, at 12:32 am. He was surrounded by all of his brothers and sisters, one of his nieces and several other loved ones. We were playing music for him and he passed during David Bowie’s “Starman.” As per his wishes, we cheered at the moment that he transitioned to another dimension.”

Country singer Craig Strickland, a member of the band Backroad Anthem, died in a tragic hunting accident in early January. The singer and his friend Chase Morland went out duck hunting during a severe winter storm, and were soon reported missing after not returning from the trip. Strickland’s body was found in an area just north of Tulsa, Oklahoma, almost a week after the body of Morland was found. Strickland’s official cause of death was ruled as hypothermia; he was 29 years old.

The death of singer Christina Grimmie was not only one of the most shocking celebrity deaths of the year, but also one of the most tragic. On June 10, 2016, the former contestant on The Voice was shot and killed at the age of 22 by a deranged “fan” named Kevin Loibl. Grimmie was doing a meet and greet with fans after her concert in Orlando, Florida when Loibl issued his attacked, after which Grimmie’s brother tackled Loibl but could not restrain him before he killed himself. Grimmie was laid to rest in Medford, New Jersey on June 17.

The death of artist and actor Anton Yelchin became more and more shocking as details surrounding his passing came to light. The actor, best known for his role in the new Star Trek films, died at the age of 27 on June 19, 2016 after he was pinned between his own car and his security fence in his driveway. It was later revealed that Yelchin’s 2015 Jeep Cherokee actually had a faulty shifting mechanism that was causing drivers to accidentally leave the vehicles in the wrong gear, thinking the vehicle is in park. It seems that is what happened to Yelchin as he got out of his Jeep to retrieve his mail only to have the car roll back on him, pinning him.

2016 took many beloved stars without warning, including none other than revered actor Alan Rickman. The actor, most widely known for his role as Severus Snape in the Harry Potter franchise passed away on January 14, 2016 at the age of 69 after a very secret battle with cancer.

Without a doubt, one of the most shocking and tragic celebrity deaths of the year was that of Prince. The legendary singer and musician passed away on April 21, 2016, at the age of 57. The weeks leading up to Prince’s death were plagued with mystery as concerns for his health increased after he was forced to cancel performances and his private plane had to make an emergency landing. The singer assured fans he was simply suffering from a bout of influenza. After his death at his Paisley Park home, the Midwest Medical Examiner’s Office confirmed Prince had passed away as the result of an accidental overdose of fentanyl.

The passing of music icon David Bowie absolutely shook fans. In fact many first believed he was the victim of a celebrity death hoax as they could not comprehend his passing without any warning. Only after his death on January 10 did fans learn that Bowie had been secretly battling liver cancer for 18 months and was aware his life was coming to an end, and instead put his focus into one last album, Blackstar, which was meant as a goodbye. Bowie was 69 years old at the time of his death.