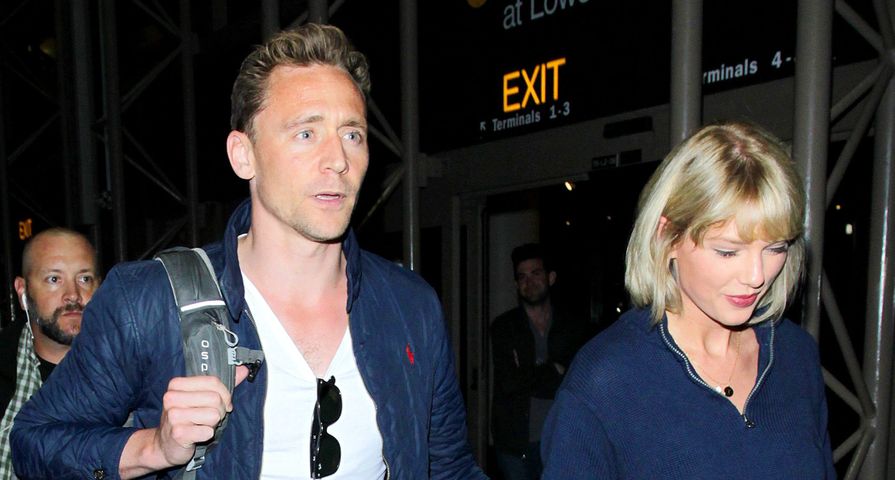 With each and every year that passes, more celebrity relationships surface — some last for the long run, while others fall apart. Sometimes these relationships are between two stars who we’d least expect or seemingly come right out of the blue! Here’s a list of the 10 most shocking celebrity hookups from the year of 2016:

It’s a reality TV mashup! Former Jersey Shore star and long-time friend of Khloe Kardahian, Malika Haqq, who is often seen on their family show, Keeping Up With the Kardashians, recently announced they are dating. The couple met while filming the second season of Famously Single. “We had a lot in common from the start and it was an instant friendship. The attraction quickly became a mutual romance. Our support for one another through this challenging experience made us strong in a very short period of time. We had a opportunity to really get to know each other living in such close quarters,” said Ronnie. The couple took to social media to announce their relationship and posted a picture of themselves kissing with the caption, “#Happiness #FamouslySingleSeason2ComingSoon #EChannel #March #MakeSureYouKeepUp #NahItAintSamSoStopAsking.”

The former Glee star and Scream Queens actress engaged in a whirlwind romance with iZombie star, Robert Buckely, who’s best known for his role on One Tree Hill. Unfortunately their relationship didn’t last long. Lea Michele and Buckley met while working together on the set of the new series Dimension 404 and sparked rumors of a romance when they were spotted out for dinner in May. Despite numerous rumors, they didn’t take their relationship public until about June, but it seems as though they should have held off a little longer. It didn’t take long for the relationship to dwindle because by early July it was being reported that the couple had split. The reason was reportedly due to scheduling conflicts.

One Direction singer Liam Payne met his older girlfriend, Cheryl Cole, when he auditioned U.K. version of The X Factor. At the time, he was only 14 and she was a judge, nearly 10 years his senior. Thankfully, they didn’t get together until February 2016, when he was 23 and she’s 33. Surprisingly, the two haven’t been dating that long and just recently announced they are expecting a baby together! This will be the first child for both Cheryl and Liam and the happy couple are due sometime in early 2017. They confirmed the pregnancy by stepping out in London to show off Cole’s growing baby bump in a form fitting dress.

This relationship was so secret we didn’t even know they were together until they were already engaged! The Orange is the New Black actress announced her engagement to the Hell or High Water actor this Fall at the premiere of The Girl on the Train and it’s unclear how long they’ve been together because they both keep their lives so private. What we do know is that they’ve been friends since they were 18 and Foster is friends with Prepon’s former co-star, Danny Masterson.

The teen stars began dating after they met at a SoulCycle class in August 2014. The 19-year-old Little Mermaid actress and son of famous parents, David and Victoria Beckham, didn’t take their relationship public until last spring. Brooklyn posted a few cute pictures of himself and Chloe in April, then in May, she finally confirmed the news in an interview with Andy Cohen. She said they’ve sported an on-and-off relationship status for years! “We were always running from paparazzi and running from people taking pictures of us. And we were like, ‘You know what? It’s affecting our relationship.'” Unfortunately, going public didn’t seem to help their young love because by September 1 it was being reported that the couple broke up a few weeks prior.

A lot of people were completely baffled when this old relationship was revitalized. The former couple broke off their engagement way back in 2013, but in the beginning of 2016 there were whispers that the two were getting back together after being spotted together on more than one occasion. Cyrus was even spotted spending time with Liam’s family in Australia and when she posted a picture wearing her old engagement ring on Instagram it basically confirmed they were back together. It seems like these two were doing what they could to let people know they were back together without actually ever coming out and saying it. Liam didn’t confirm the relationship until May when he said, “People will figure it out, they already have…They’re not dumb.”

Rumors of a relationship between these two stars ignited when they were seen getting cozy at the Golden Globes after party in January 2016. A month later Katy and Orlando were spotted out together at various events and it quickly became clear the two were dating. Their relationship was confirmed in March when the two were photographed on vacation together in Hawaii. They made their social media debut May for their first official Instagram on Perry’s account when they both attended the Cannes Film Festival. Katy and Orlando have never walked a red carpet together or really spoken about one another in the media, aside from Perry complaining about the long drive to her ‘boyfriend’s’ place. Even though their relationship has been plagued with rumors of a break-up, these two are definitely still on and going strong!

Prince Harry and Suits actress, Meghan Markle started dating in May 2016, but they didn’t go public with their relationship until October! Fans were more than surprised to find out these two were dating because they seemed to be two of the most unlikely celebs to have crossed paths. But they did, and they’ve been working pretty hard at keeping the whole thing under wraps. When they finally went public in the Fall, many were quick to judge the Prince’s new beau and Markle got a nasty glimpse of what life would be like linked to a royal. Despite the lack of privacy and conflicting schedules, these two are still going strong…for now. Prince Harry was just recently seen visiting Markle in Toronto while she worked on the set of her show and he had just come off a two week tour.

This relationship came out of left field, especially since Taylor Swift was fresh off her breakup from Calvin Harris. It’s unclear how Hiddleston and Swift even met, and many still question whether or not the relationship was real or simply for publicity. They started dating in early May and were broken up by early September — sounds like a bit of a summer fling! Their entire relationship was documented by the paparazzi and it seemed like they were loving all the attention as they did many outings together, hand in hand and even met each other’s parents! It was a crazy, whirlwind romance that we still don’t quite understand, but one thing is for sure — this was one of the most shocking celebrity hookups from 2016!

These two reality stars land at number one on this list because their entire relationship has been shocking to not only fans, but their own families! Rob and Chyna went public with their relationship early this year and things were off to a rocky start considering she didn’t have the best relationship with his family. Her ex-fiance, Tyga, who is also the father of her child, has been in a relationship with Rob’s half-sister for about two years now and there have been rumors of bad blood between them. A few only 10 weeks of dating, Rob and Chyna announced they were engaged! Keeping on track with their whirlwind romance, a month after their engagement, the two announced they were expecting their first child together. Even in the short time span of their relationship, these two have broken up more than once, but they seem to still be together now. They welcomed their daughter Dream Renee Kardashian in November, but only time will tell how long these two last!