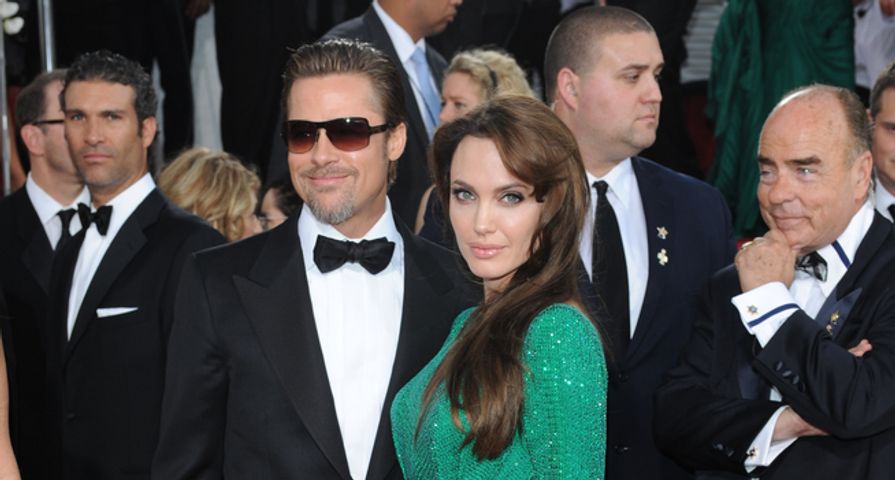 It’s hard to believe that 2016 is coming to an end! It’s been an exciting year full of surprising celebrity news with everything from pregnancies, marriage, divorce and, as always, plenty of scandal! We’re taking a look back over the past 12 months and have rounded up some of the biggest scandals of 2016 — check it out!

11. Live! with Kelly and Michael

When news broke that Michael Strahan was leaving Live! with Kelly and Michael it was a pretty big deal. What made it even more of a big deal was that Kelly Ripa was once again blindsided with the news; this happened before when Regis Phillbin left the show in 2011. Earlier this year, deals were being made behind her back to move Strahan over to Good Morning America and Ripa made it abundantly clear she was not happy about it. The next morning she failed to show up for work, and then took the rest of the week off and didn’t return until the following Tuesday. When she did come back, she addressed the audience with a solo monologue about respect in the workplace, and continued to make subtle jabs at both Strahan and ABC until he made a quick departure a few weeks later. It seems to have all blown over now, but we’re pretty sure the relationship between Ripa and Strahan will never be the same and hopefully ABC execs have learned their lesson!

Carrie Fisher baffled Star Wars fans when she stated in her memoir, The Princess Diarist, and then again on The Ellen DeGeneres Show, that she had an affair with her co-star Harrison Ford nearly 40 years ago on the set of the first Star Wars film. She made the claim that the passionate affair took place over the course of three months and started after she and Ford attended a birthday party for George Lucas. At the time she was only 19 and he was 33! “No one thought it was happening at the time. I don’t even know if he did. We practiced the kissing off-screen. That shows dedication to your craft. I was 19. No one told me about location rules or lack of rules. You can do whatever you want as long as you film the movie,” she said.

When Beyonce released her highly anticipated visual album, Lemonade, it created a media frenzy so huge that not even the queen B herself could have expected it! She sparked all kinds of rumors with lyrics that suggested infidelity in her marriage and pointed blame at a woman known as “Becky with the good hair.” Not long after the albums release, fans began speculating who the mysterious woman was and some theories spiraled out of control — many of which were fueled by celebs on social media. No one got it worse than Rachel Roy who was harassed online so severely she had to release a statement that said: “My Instagram post was meant to be fun and lighthearted, it was misunderstood as something other than that. There is no validity to the idea that the song references me personally. There is no truth to the rumors.”

They say history repeats itself, which is definitely case when it comes to Kanye West and Taylor Swift. Not long after West and Swift had finally made amends and seemed like friends, Kanye West released his new single “Famous” and referenced Swift directly as he rapped the verse: “I feel like Taylor Swift still owe me sex / I made that b-tch famous.” He immediately started catching backlash over the whole thing, so he went on Twitter and said he had gotten permission from Swift to mention her in the song and they even had an hour long phone conversation about it. When Swift denied this, Kardashian came to the defense of her man and said she knew about the lyrics the whole time and that she had a recording of their phone conversation to prove it. Swift then backpedaled and said she did have a phone conversation, but he never said he was going to reference her as a “b-tch.” Taylor’s squad came to her defnese, and when the music video for the song was released, it caused even more controversy when it featured various naked sculptures of celebrities in bed together. Despite the shocking details of this particular scandal, there’s nothing shocking about Kanye West’s involvement.

Iggy Azalea and Nick Young seemed like they were happier than ever, especially considering the two were engaged to be married. In March 2016, a video surfaced where Young brags about cheating on his girlfriend. Surprisingly, the couple stayed together, but it wasn’t long before another scandal broke out and this time Azelea wasn’t so forgiving. Three months later the engagement was off, and while the split started off amicable, it didn’t take long for Azalea to change her tune and blast Young on Twitter. She tweeted: “I broke up with Nick because I found out he had brought other women into our home while I was away and caught them on the security footage.” Just hours later news broke that Young’s ex-girlfriend, Keonna Green, with whom he already shares a 4-year-old child, is four months pregnant after a one night stand with Young. Azalea once again tweeted, “I find it baffling that anyone would make the choice to bring a child into the world under these circumstances + want attention and $ for it.” Yikes!

The 12-time medalist was suspended from all swimming competitions after he lied about being robbed at the Rio Olympics this past summer. Locthe claimed he and three of his teammates were robbed and held at gunpoint after a night of partying in August. His claims were believed at first, but then it was discovered that the swimmers were never robbed at gunpoint and instead actually vandalized the bathroom. The whole thing spiraled out of control and Lochte ended up losing several large sponsorships, is now ineligible for the 2017 FINA Wold Championships, lost all USOC and USA Swimming funds and will be forced to perform community service.

In December 2015, the Glee actor was arrested for possession of child porn. In May he was indicted on charges of possessing child pornography on his laptop and a flash memory drive which was obtained during a search warrant of his home in Sunland, California. His trial was set for July 2016, but was delayed indefinitely after he requested a new attorney. Salling pleaded not guilty to the charges he’s being accused of and posted $150,000 bail for himself. He’s been forced to surrender his passport, wear a monitoring bracelt, submit to drug tests, and banned from using the Internet without supervision. Salling is facing two charges of owning and receiving child pornography and could face up to 40 years in prison if he’s convicted.

When Nate Parker’s new film, Birth of a Nation premiered at the Sundance Film Festival earlier this year, it stirred up a lot of controversy. People weren’t talking about the film itself, but rather Parker’s troubled past. In 1999 Parker and his friend, Jean Celestin, who also worked on the film, were involved in a sexual assault case. An 18-year-old classmate at Penn State University accused Parker and Celestin of raping her, and while Parker was charged, he was also tried and acquitted in 2001. Celestin, on the other hand, was found guilty and sentenced to serve 2 to 4 years in prison in 2004. He appealed this ruling in 2005 and his conviction was overturned and he was exonerated. In April 2012, their alleged victim committed suicide, and in August 2016, after the Birth of Nation had won the Grand Jury Prize and the Audience Prize at the Sundance Film Festival, Parker published a statement about her death and claimed he had only just learned of it. A media frenzy broke out, especially since Gabrielle Union, who has been open about her own personal experience with rape, was apart of the cast, and Parker was forced to once again to confront the incident. To this day, claims he was falsely accused.

Sharon and Ozzy Osbourne are one of those Hollywood couples who’ve been together forever — 33 years to be exact. It was extremely shocking when in the Spring of 2016, Sharon publicly announced she was leaving Ozzy and even though she never filed for divorce, she made it very clear she was separating from him. It was later revealed that Ozzy had a four-year affair with his 45-year-old celebrity hairstylist, Michelle Pugh. Pugh began talking to the press and said Ozzy was “the greatest love of [her] life.” He said their relationship was purely physical and she was simply the result of his alleged sex addiction. Kelly got involved when she tweeted out: “Anyone looking for a cheap chunky LOW-light and blow out and a b—–b call…” and listed Pugh’s phone number which has since been disconnected. Pugh then sued her for defamation, intentional infliction of emotional stress and public disclosure of private facts. The two ended up reaching a settlement in the case while Sharon and Ozzy Osbourne have also moved on and repaired their relationship.

Not many people were surprised when Johnny Depp and Amber Heard filed for divorce, but the allegations that came afterwards were what caused the real scandal! After citing irreconcilable differences and demanding spousal support, Heard showed up in court with a bruise near her eye and alleged that Depp had thrown a cell phone at her face. She was granted a temporary restraining order against him after she told a judge she feared for her life. In the months following their divorce filings many things were leaked to the press, like text messages from Depp’s assistant which alleged there was abusive behavior between the two long before they got married. Leading up to their settlement, a video was leaked that appeared to show Depp throwing a wine bottle and glass during an argument with Heard. Their divorced played out for months in the media with nasty allegations of infidelity and domestic violence, but in August, Heard withdrew her request for a restraining order and the two finally came to a settlement in their divorce.

The divorce of Brad Pitt and Angelina Jolie was by far the biggest celebrity news to break this year because it involved two of Hollywood’s biggest stars and a couple that had been together for over a decade! It was shocking to learn the two were divorcing, but the story became even more scandalous when Jolie said the two have different parenting methods and alleged the incident that took place while they were traveling on their private plane was the “last straw” in their marriage. Pitt was completely blindsided when she filed for divorce a few days later, asking for primary custody and joint legal custody. Pitt was then put under investigation for child abuse after he was allegedly verbally abusive and physical with one of their children. He has since been cleared of all child abuse allegations, but now the two are engaged in a nasty custody battle over their six children.