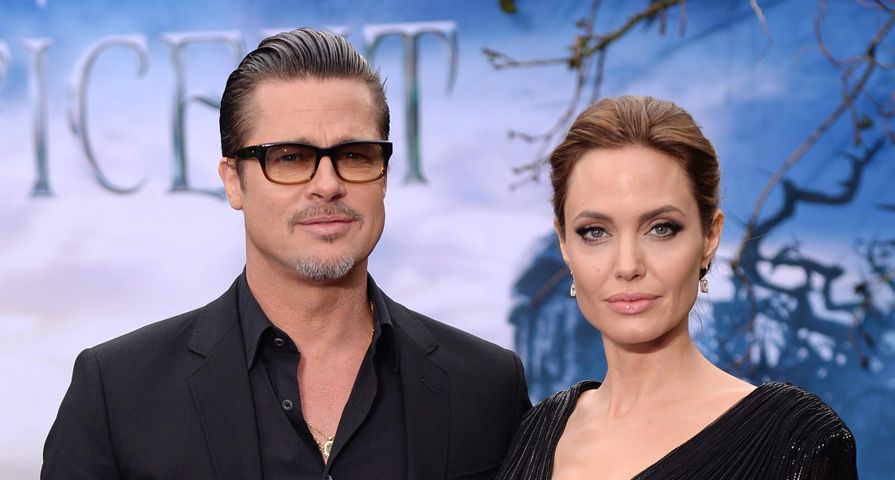 2016 saw a lot of surprises in the world of Hollywood! Sudden and shocking celebrity deaths, completely surprising celebrity hookups, and of course celebrity breakups that we never saw coming, all had the entertainment world buzzing this year. Celebrity relationships and marriages are known for being fleeting, but it really seemed like these 13 pairs were in it for the longhaul before blindsiding us all with sudden splits! Here are the 13 most shocking celebrity breakups of 2016:

At first, Naya Rivera and Ryan Dorsey’s relationship surprised everyone just because of how quick it all happened. Only weeks after her engagement to rapper Big Sean came to an end in April 2014, the Glee actress and Dorsey began dating after previously dating four years earlier. In only a matter of months they were married in July, 2014, and in September of 2015 welcomed their son Josey. Everything seemed to be going well for the couple and their family before Rivera suddenly filed for divorce in November after only two years of marriage.

12. Drew Barryman and Will Kopelman

Actress Drew Barrymore often gushed about her family and life with husband Will Kopelman, which made it very surprising when the pair announced their separation in April. In July, Barrymore officially filed for divorce after four years of marriage and two kids, and the divorce was finalized in August.

Country singer and actress Jana Kramer endeared friends with her sweet personality, and after two marriages and an ended engagement, she seemingly found true love with former NFL player Mike Caussin. In a whirlwind romance the pair broke up, got back together, and then became engaged in a matter of four months, and were married only 5 months later in May 2015, less than a year into dating. Unfortunately, Kramer didn’t get her fairytale ending when it was suddenly announced in August that the pair had separated and Caussin had entered rehab. It was later revealed that Caussin had a history of cheating on Kramer, and had entered rehab for sex addiction.

Following his divorce from Jennie Garth in 2012, Twilight actor Peter Facinelli began dating actress Jaimie Alexander. The two were going strong for three years before finally taking the next step and becoming engaged. While fans absolutely loved the pair, and couldn’t wait for them to tie the knot, they surprised and saddened many when they called off the engagement in February.

In November 2013, singer Iggy Azalea began dating Los Angeles Lakers player Nick Young, and the two quickly became one of Hollywood’s hottest young couples. The pair were often seen enjoying romantic vacations together, and moved in together, and finally became engaged in June, 2015. While Iggy was being asked about wedding plans however, things started to unravel in the relationship, and it was revealed Young had cheated on Azalea resulting in their separation in June. The news was especially surprising because Azalea initially defended and stood by Young when rumors of his infedilty flew only for her to find out they were true. “Unfortunately, although I love Nick and have tried to rebuild my trust in him — It’s become apparent in the last few weeks I am unable to,” she said upon their split.

It can’t be denied that eyebrows were raised when iconic pop diva Mariah Carey began dating Australian billionaire James Packer and many suggested it was just for his money. Despite this, the two seemed solid and even became engaged in January, and were well on their way to marriage, silencing critics until they abruptly broke up in October, surprising those who had just been convinced they were the real deal. The split became nasty with Mariah demanding money from Packer for her “wasted time.”

2 Broke Girls star Kat Dennings and singer Josh Groban were pretty skilled at keeping their relationship under the radar, but when they did go public, fans loved it! The two began dating in 2014, and only recently really began opening up about how they got together and fell in love, but then news broke in August that the pair had split.

Diane Kruger and Joshua Jackson had the kind of romance that is rarely seen in the entertainment industry. Although the stunning pair were together for 10 years, they were never in the headlines, and if they were it was to gush about their love and life together. That was all before they suddenly announced their split in July. “Diane Kruger and Josh Jackson have decided to separate and remain friends,” their reps stated in a joint statement to the media.

Actress Naomi Watts and actor Liev Schrieber were one of Hollywood’s most elusive couples, and fans loved them for it. Although they are both major stars, they were never in headlines and although they did not get married, they were together for 11 years and shared two sons together. Even though they seemed like one of the least likely celebrity couples to breakup, they shocked everyone when they announced just that in September. “Over the past few months we’ve come to the conclusion that the best way forward for us as a family is to separate as a couple. It is with great love, respect, and friendship in our hearts that we look forward to raising our children together and exploring this new phase of our relationship,” they said in a joint statement.

Singer Demi Lovato and actor Wilmer Valderrama were widely regarded as an odd couple in Hollywood, but also one of the best. Despite a 12 year age difference between the two stars, they were in a solid and very loving relationship from 2010 to 2016, and definitely seemed to be on the road to marriage before shocking everyone with a breakup announcement in early June. Each took to their Instagram to post a breakup statement, reading, “After almost 6 loving and wonderful years together, we have decided to end our relationship. This was an incredibly difficult decision for both of us, but we have realized more than anything we are better as best friends. We will always be supportive of one another. Thank you to everyone for who has offered us kindness and support over the years.”

The relationship itself between Amber Heard and Johnny Depp was surprising, and while there many reports even before their wedding that the two were on the rocks, they always seemed to pull through. Then, at the end of May, Heard suddenly filed for divorce from Depp citing irreconcilable differences after 15 months of marriage. Unfortunately, as more and more about their split came out, it got more and more shocking as Heard alleged that Depp had abused her and had injuries to prove it and even released videos of Depp going off in a rage. The extremely messy divorce raged on for weeks, in a shocking end to a surprising marriage.

Singer Lady Gaga and Chicago Fire star Taylor Kinney had an absolutely adorable relationship that fans just adored. The pair began dating in 2011 and then became engaged on Valentine’s Day in 2015. They were busy planning a wedding and were talking about their relationship right up until they announced in July that they had cancelled their engagement and were on a break. Many fans have held out hope that just going on a break means the pair will reconcile, but it hasn’t happened yet.

It is safe to say that a split between Brad Pitt and Angelina Jolie wasn’t anyone’s radar before Jolie abruptly filed for divorce from Pitt in September. The two had been together since 2004, and together shared a family of six children, Maddox, Pax, Zahara, Shiloh, Knox, and Vivienne, and were all around regarded as Hollywood’s top power couple. Not only was the divorce filing completely shocking, but the ensuing story has been as well. Jolie immediately alleged Pitt had been abusive towards their eldest son Maddox, and things have been ugly between the two superstars since, making it also one of the messiest splits of the year.