12 Hollywood Marriages that Have Lasted Over 25 Years 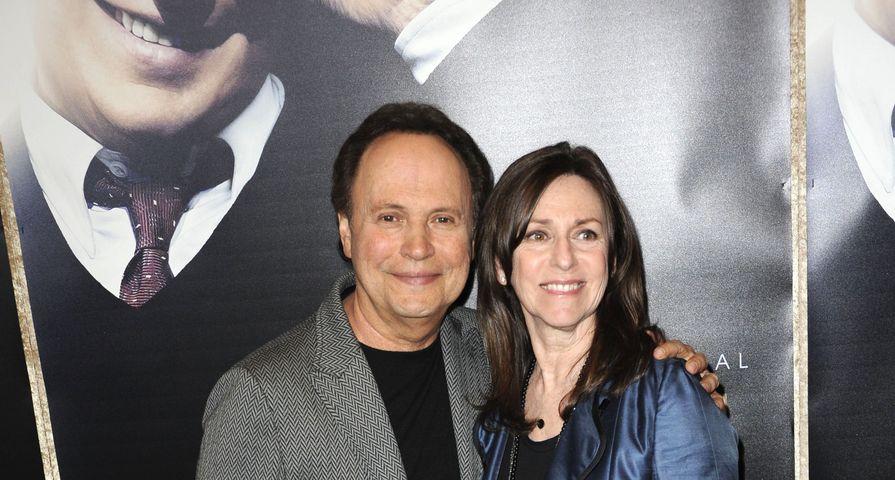 When we think of celebrity marriage, we often think of heartbreak and heartache, especially when reminded about Britney Spears and her record breaking marriage being the shortest ever when she married Jason Alexander for a mere 55 hours. It’s not all splits when it comes to the stars though, if you can believe it, there are celebrities who have successful marriages who have stood the test of time. This list celebrates those A-listers who said their “I dos” and stood by their partners through thick and thin.

These Hollywood A-listers co-starred in the film Volunteers in 1985 and were married by 1988. The couple have two children together, Chester (Chet) and Truman Theodore. The couple’s relationship was put to the test when Rita had to undergo a double mastectomy in 2015. “Who knew it could make you even closer?” she pondered in an interview with The New York Times. “You never know how your spouse is going to react in a situation like this. I was so amazed, so blown away by the care my husband gave me. It was such a normal, intimate time.”

Michael and Tracy met while working together on Family Ties during the 1985-1986 season. The pair worked together again in 1987 on the movie Bright Lights, Big City and were married the following year in a small ceremony under a tent on a wooded hillside in Arlington, Vermont. The couple’s wedded bliss was challenged in 1991 when Michael was diagnosed with Parkinson’s disease, but they have remained strong. Michael spoke about his relationship with Tracy to The Oprah Magazine, “I feel really lucky and smart. I look at Tracy sometimes and I have two feelings. One is that she becomes more beautiful every second; and more important, I look at her and say to myself, damn, you’re smart. Boy did you make the right choice.” The couple have four children together.

Kevin and Kyra met on the set of the PBS version of Lanford Wilson’s play Lemon Sky. Kevin remembers that time: “The time I was hitting what I considered to be bottom was also the time I met my wife. Our kids were born, good things were happening. And I was able to keep supporting myself; that always gave me strength.” In 2011, the couple learned on the PBS TV show Finding Your Roots with Henry Louis Fates that they’re actually tenth cousins, once removed. The couple have starred alongside each other in Pyrates Murder in the First, The Woodsman, and Loverboy and have two children together, Travis and Sosie Ruth.

Denzel’s maxim is: “Acting is just a way of making a living, the family is life.” This healthy approach to Hollywood and all its smoke screens of glitz and glam may be the secret to his success with wife Pauletta Washington. The couple met on the set of the television film Wilma, and married in 1983. They have four children, John David, Katia, and twins Olivia and Malcolm.

This comedic pair met in 1971 when Perlman went to see a friend’s performance in the play The Shrinking Bride, which also featured DeVito. The two hit it off and moved in together two weeks later. They married almost 10 years later in 1982 and have three children together, Lucy Chet, Grace Fan, and Jacob Daniel. They have acted alongside one another in the Emmy Award winning TV show Taxi and in the film Matilda. The couple separated in 2012, but reconciled in 2013.

Sharon and Ozzy have showcased their relationship in recent years on MTV’s The Osbournes, but it was Sharon’s role behind the scenes orchestrating the success of her husband that really bonds these two together. The couple met through Sharon’s father who was the manager for Black Sabbath. When Ozzy was fired from Black Sabbath in 1979, Sharon took over his management and coordinated the recruitment of a technically gifted backing band for her leading man. They married in July 1982. The brains behind the business and the Prince of Darkness are reported to be one of England’s richest couples with an estimated £100 million earned from recording, touring, and TV shows. The couple share three children together, Aimee, Kelly, and Jack.

Beatles drummer Ringo Starr found his soulmate in “Bond Girl” Barbara Bach on the set of Caveman in 1980. The couple married a year later in 1981, after a serious car accident put their lives in perspective. Starr and Bach realized they wanted to be together forever, and in a 1981 interview with People Ringo said, “We decided we wouldn’t spend any time apart. So far the longest break was five days, and that was too long. I want to live every minute with Barbara.” They have maintained this promise over the years. Bach has accompanied Starr on tour and even appeared in some of his music videos. The couple share a home in the English village of Cranleigh.

Samuel L. Jackson seems to have a policy of never turning down a role and it has landed him as the highest all-time box office star with $4.572 billion total box office gross! This dedication to acting has seemingly spilled over into his personal life. Jackson met LaTanya Richardson while attending Morehouse College, and the couple married in 1980. They’ve been together ever since. Richardson works as an actress and sports channel producer. They have one daughter named Zoe.

Meryl lost her first partner in life John Cazale to bone cancer and subsequently moved into a vacant apartment that was owned by her brother’s friend, Don Gummer. Upon returning home from traveling abroad, Gummer and Meryl hit it off and she remained in his apartment with him. They married six months later in 1978 and never looked back. At the 2012 Academy Awards, Streep was sure to thank her husband first in her acceptance speech for best actress in The Iron Lady. “First I’m going to thank Don because when you thank your husband at the end of the speech they play him out with the music, and I want him to know that everything I value most in our lives you’ve given me.”

Billy and Janice Crystal married in 1970 and have two children together, Lindsay and Jennifer. Janice received a Tony Award in 2005 in the category of Special Theatrical Event for co-producing her hubby’s 700 Sundays. When asked about his belief in the afterlife, Billy stated, “I’d like to think there is a heaven and it starts from the happiest day in your life. I’ll be around 18 and Janice Goldfinger will walk by me in a bikini and I will follow her it will start all over again. I’d really like to think that.”

Christopher Walken and his wife Georgianne Thon met while touring with West Side Story and were married in January 1969. Georgianne has come to be well-known for her role as casting director on such shows as The Sopranos and Entourage, and Christopher Walken has one of the most distinctive voices in Hollywood and a reputation for playing some pretty dark characters. Georgianne has said, “It’s very interesting being married to a man who is constantly playing a different person. You’re always living with a different person. He never tells me what part he’s playing when he’s getting ready. It just descends on me one day. Very interesting.” Perhaps the secret to their enduring marriage is that Christopher keeps it fresh by always reinventing himself.

This couple takes the cake for being together over 60 years and truly revealing the power of laughter. Jerry and Anne worked as a comedy team throughout the 1960s and 1970s, appearing on numerous variety shows including The Ed Sullivan Show. Stiller’s memoir, titled, Married to Laughter: A Love Story Featuring Anne Meara chronicles his life’s exploits and is full of anecdotes that point to his adoration of his wife. The couple have two children, fellow actors Ben and Amy Stiller. Anne Meara passed away in May 2015 of natural causes at the age of 85.