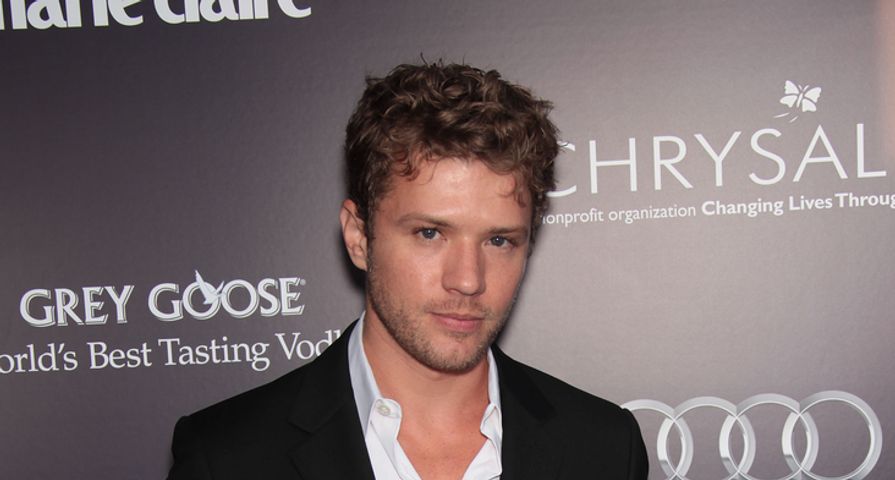 Ryan Phillippe first made a name for himself in Hollywood because of his boyish good looks, but it was his supporting roles in films like Gosford Park, Igby Goes Down, Crash and Flags of Our Father that established him as a talented actor and not just another pretty face. Since he has a big birthday coming up, we have 10 things you didn’t know about the actor:

Matthew Ryan Phillippe was born in New Castle, Delaware, on September 10, 1974 to Susan, a nurse who ran a daycare, and Richard, who was a chemist. He has three sisters, Kirsten, Lindsay and Katelyn. He attended New Castle Baptist Academy where he played basketball and soccer and was the Yearbook Editor during his senior year.

During the Gulf War, he almost joined the armed forces. “Out of high school, I didn’t have a ton of options because my grades weren’t the best and I didn’t come from money,” he told Entertainment Tonight. “When I graduated, it was around the time of the first Gulf War and I did go and sit in a recruitment office and got the T-shirt and everything.” While his friend who went with him to the recruitment office ended up serving in the Gulf War, Phillippe instead moved to New York to become an actor.

The Cruel Intentions star landed his first professional acting gig at the age of 17 on the soap opera One Life to Live. He played Billy Douglas, the first gay teenager on a daytime soap opera from 1992 to 1993. He left the show because of disagreements with ABC about his character’s development and then moved to Los Angeles to pursue a film career.

When the 54 actor first moved to Los Angeles at the age of 19, he had no money and a lot of free time. He would hang out with Breckin Meyer and Seth Green and cause trouble. “We were really obsessed with light vandalism…We would find ladders and go up on top of buildings and unplug inflatables, like, Kong Video on Ventura,” he told Jimmy Kimmel. “We also broke into the Sherman Oaks Galleria. It was a big mall, but we wouldn’t steal anything. We would go into the Nordstroms and like rearrange furniture.”

He was up for the part of Anakin Skywalker in Star Wars: Episode II – Attack of the Clones. He made it pretty far – even meeting with George Lucas and Natalie Portman. “I read with Natalie Portman,” he told MTV News. “I think it was sort of an age thing in their mind. It wasn’t quite right, but yeah, they were interested.” At the time, he was 25 and Portman was only 18. Anakin was supposed to be six years younger than Queen Amidala, so Phillippe was considered too old for the role.

Ryan has dated some of Hollywood’s most stunning women. He was married to Reese Witherspoon from 1999 until 2006; together, they have two children, Ava and Deacon. From 2007 until 2010, he dated Abbie Cornish. After that he briefly dated Alexis Knapp in 2010 and they have one child together, Kailani Merizalde. From 2010 until 2011, he dated Amanda Seyfried and, since 2011, he has been dating Paulina Slagter, a law student, who he got engaged to in 2015. He also reportedly hooked up with Lindsay Lohan back in 2007.

In an interview with Elle in February 2015, the Igby Goes Down actor admitted that he struggles with depression. “You know, depression has been a huge obstacle for me ever since I was a child. As you get older I think it decreases some, but I’m just innately kind of a sad person. I’m empathetic, and I take on the feelings of others and transpose myself into the position of others,” he said.

He’s a feminist and he’s not ashamed to say it. “I’m very feminist, man. I was raised by four women, my dad worked the 4 p.m. to midnight shift, so I was basically raised by four women. I’m so pro, pro female. There were some people laughing at Patricia Arquette’s statement at the Oscars, but, in the state of California, women make 83 cents on the dollar compared to the man’s full dollar. I mean over time, and over bodies, that adds up! It’s not equal!” he told Elle.

Phillippe isn’t just as actor – he’s also a director and screenwriter. He directed the film Catch Hell, which he co-wrote with Joe Gossett, and starred in it and co-produced it. According to him, the film is partially based on his friends as well as his experience; however, it failed to wow critics and as a result received mostly negative reviews.

Like most celebrities, when the I Know What You Did Last Summer actor stays at hotels, he uses a pseudonym. The name that he uses is Jerome Brown, his favorite former Philadelphia Eagles player. “I was, and still am, such a huge fan of the defense back from the 1980s and 1990s,” he said. “In fact, when I stay at hotels now I use the pseudonym “Jerome Brown.” I get packages sent to me as “Jerome Brown.” I’ve done that for a long, long time.”