10 Things You Didn’t Know About ‘Reign’ 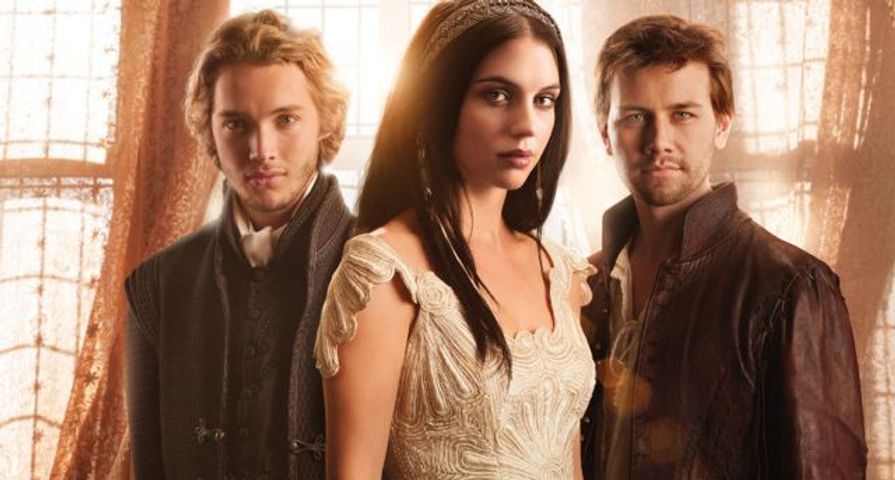 After the massive success of The Tudors, networks became widely aware there was definitely a market for historical drama series, if done the right way. The CW wasted no time in getting in on the genre with Reign, a historical fantasy romance based on the early years of Mary Queen of Scots living in France. It became quite clear that show was held more in the basis of a teen drama that the CW is known for rather than for being historically accurate, but the approach has worked. It’s been a few months since the show was canceled, so check out these 10 things you didn’t know about the series:

Actor Torrance Coombs starred as Sebastian or “Bash” for the entirety of the series and Anna Walton appeared as his mother Diane de Poitiers. In real life, however, Coombs was 32 years old and his on-screen mother, Walton, was 35.

Historical fantasy is not a term you come across often when it comes to TV genres, but that is exactly what Reign was being labeled as. Actress Anna Popplewell, who portrayed Lola, explained, “It’s kind of like historical fan fiction. It’s history/fantasy, so you’re taking characters that you know, that did exist, that people may know a lot about, and you’re putting them in situations that are sometimes based on historical events, and sometimes not, sometimes they’re in new relationships with characters that never existed, sometimes they stick to exploring little details of relationships that did exist. I think it’s kind of original in that way.”

Reign has been described as “Gossip Girl meets Game of Thrones” and it played out as such. Despite historical settings and characters, it was still quite modern and aimed to be that way in order to be “interesting to a contemporary audience,” according to showrunner Laurie McCarthy. In an effort to do so they used modern music, most famously Lorde’s “Royals” as well as “sexier” costumes.

Over its four seasons, Reign has been up for many different awards, but has only won four. One was the People’s Choice Award for Favorite New TV Drama and the Hollywood Post Alliance award for Outstanding Color Grading – TV. In 2015, it won Best Music Supervision in a Television Drama from the Guild of Music Supervisors and in 2017 it won Best Costume Design from the Canadian Screen Awards.

Even thought the characters were French and Scottish, they all spoke with English accents. In fact some of the cast members were Canadian with a large part of filming for the first season taking place in Toronto, Canada. The rest of the filming took place in Ireland.

After casting, Adelaide Kane did a lot of research on Mary Stuart in order to prepare for the role. Torrance Combs did not have the same luxury; however, as the character Sebastian was created specifically for the show, he was challenged with making sure he made the character different than that of his role of Thomas Culpepper from the historical show The Tudors. Additionally, Private Practice and Grey’s Anatomy star Kate Walsh was the first actress cast as Mary’s mother Mary de Guise but because of conflicting filming schedules she couldn’t commit to the show, causing the producers to hire Amy Brenneman instead.

Reign star Adelaide Kane was quite close to her role as Mary Stuart, the Queen of Scots, because she is actually a distant relation. “I’m half Scottish, and the tartan on my mother’s side is Royal Stuart, so I did have quite an emotional attachment to Mary and the whole story,” she said. “I requested the script, I read it and I really connected with Mary.”

While some actors dove into the history books for inspiration and research on their characters, Alan Van Sprang, who plays King Henry II, looked no further than Bill Clinton. “Bill Clinton. Absolutely. One hundred percent. I thought, ‘OK, what is this guy like? Who is he like? Who do I know and immediately … and not just because of Monica Lewinsky or anything like that. I just think that Clinton was just such a personable, fun-loving guy who would pop into Arsenio Hall and play the saxophone. And he still is. He is just so approachable, and so easy-going, and his wife is so powerful. It was a relationship set up in spades for me. Because it was all about Hillary Clinton for me. That’s what I see with Catherine, she’s the power behind me, absolutely. So that’s why I thought of Bill Clinton. And then there’s Monica Lewinsky,” Van Sprang stated.

As fans of historical dramas are aware, The Tudors was a very sexual show, and it seems that Reign followed in its footsteps, and a little too closely for the likes of the CW. After sending out the pilot to promote the show and generate hype, the episode immediately had to be edited before airing on October 13, 2013. Meanwhile the 13th episode appropriately entitled “The Consummation” released two version: one was the version seen on-air while the second with more sexual content was made available on the CW’s website after the episode aired. The second version drew outrage from parents because the online sexual content was put “where presumably children will be able to watch them with no rating or blocking capability.”