9 Things You Didn’t Know About ‘The Middle’ 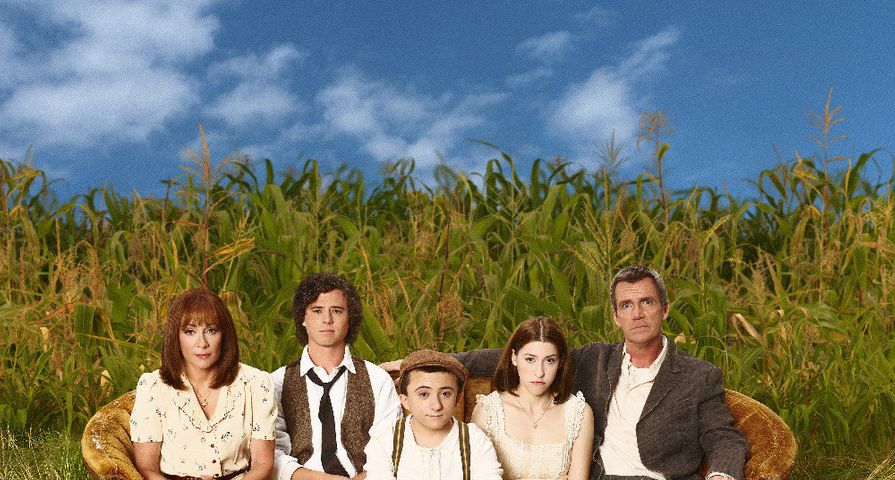 The Middle is arguably one of the most underrated comedies on television. Starring Patricia Heaton, it has been described as a cross between Roseanne and Malcom in the Middle with an average of approximately seven million viewers every week! The Middle has been around for an incredible eight seasons and will be returning for its ninth and final season this fall. Ahead of the last season, here’s a look at 9 things you probably didn’t know about the show!

The original pilot episode of The Middle had almost an entirely different cast. Back in 2006, ABC shot an unaired pilot with Ricki Lake as lead character Frankie Heck, not Patricia Heaton. There was Brenna O’Brien as Sue Heck, Michael Mitchell as Elvis Heck, and Lex Medlin as Mike Heck. The only actor who wasn’t replaced after that production was Atticus Shaffer who plays the character of Brick Heaton. “We had done the pilot and the strike happened, they held on to my option for another six to eight months, then they revamped it a year later with [Patricia Heaton],” said talk show host Ricki Lake.

8. Charlie was Cut During First Auditions

As previously mentioned, when ABC first shot the pilot for The Middle, it was entirely different cast. Back then Charlie McDermott auditioned for the role of Axl Heck, the role he’s held for the past nine seasons, but was cut after two auditions. “The [Axl] character was named Elvis back then. I went in and made it two auditions in before I got cut,” said McDermott. Producers instead cast Michael Mitchell who was a more recognizable name from his appearances in Veronica Mars and the series Phil of the Future. When the pilot never went to air and they revamped the cast, Charlie auditioned once again. “It was the exact same audition — except the character name was scratched out. I still had the scenes memorized because I only had two or three lines in the pilot. I went to five auditions over a couple of months and got it.”

The camera rarely ever films Atticus Shaffer walking because he has a genetic disorder which causes brittle bones and impairs his walking ability. When caught on camera walking, viewers will notice that he walks with a slight limp. “It just adds to my colorful personality,” said Shaffer in an interview with the New York Times. On the flip side, he’s been blessed with a photographic memory which makes learning his lines very easy!

6. House Across the Street

5. Storylines Are Based on True Events

The Middle is so relatable because the storylines are derived from the real-life experiences of their writers. For example, the episode where the Heck family hosts a foreign exchange student was inspired by cast member Patricia Heaton’s real life. Some cast members might have a little more to share than others. Eden Sher admits her life probably isn’t interesting enough to inspire any storylines, “I don’t think my life is interesting enough to have any real stories. Except there was this one thing…the Halloween episode, in my real life I was a piece of gum for Halloween and dressed all in pink which I thought maybe could be incorporated into an episode. But sadly, it didn’t make the cut!” she said.

Eden Sher is all about being comfortable on set, especially since she spends so much of her time there, so she counts her lucky stars that her character is so fashionably laid back. Her favorite piece of clothing is her trademark yellow sweatshirt. “I’m not tired of it. In fact, it’s actually kind of nice, like going to school and wearing a uniform. I don’t think about what my wardrobe is going to be and whether or not I’m going to look weird in it. I know what it is, it’s a yellow sweatshirt,” she said in an interview with TV Addict.

In an interview with Glamour, Heaton commented on having to wear a wig to play her character, Frankie Heck. “Well, I always enjoy the minute we wrap every night and I get to take it off,” she said with a laugh. “But I tell you, it does save me a half an hour everyday, so instead of coming in at 5:30 a.m., I get to come in at 6, and I don’t have to wash my hair every day. So it saves me time. And it really defines her. I don’t like to look like my character on camera very much. So that’s another nice thing for me. I can step into her, because the minute the wig is on, I am Frankie. For all those reasons I love that wig!”

When asked this question every person from the show answered with the same person — Atticus Shaffer. He is the by far the most like his character, but Brick isn’t based off of him, it’s based off of one of the show’s creator’s sons! “He would lick a number of car windshields and be quirky like that, so the outline of Brick is based off of him, but obviously as an actor and as you work with the directors and writers, you add more and more to the character to make it a character,” said Shaffer. “I think the biggest thing that I can relate to with Brick — and this is what I find so much fun and what kind of keeps me inspired to be this character – is the fact that Brick shows it’s OK to be unique, to be different, to be quirky, to be smart, and he follows the beat of his own drum and that’s something I do in my own life.”

Before Neil Flynn was cast in The Middle, he was probably best known for his role on Scrubs which consisted of a lot of improv, but this is definitely not the case with his new character, Mike Heck. In an interview with Movie Line, Flynn said The Middle doesn’t require much improv because it’s much more reality-based. “It’s just a different kind of comedy that does not really call for improvisation. The comedy is a little cleaner and it is intended for families to be able to watch together. While The Middle is still funny for adults to watch, there aren’t sex jokes. And I’m fine with that. I like the idea that my nieces and nephews can watch it without their parents,” said Flynn.