Home » Entertainment » TV » Things You Might Not Know About ‘The Fosters’ 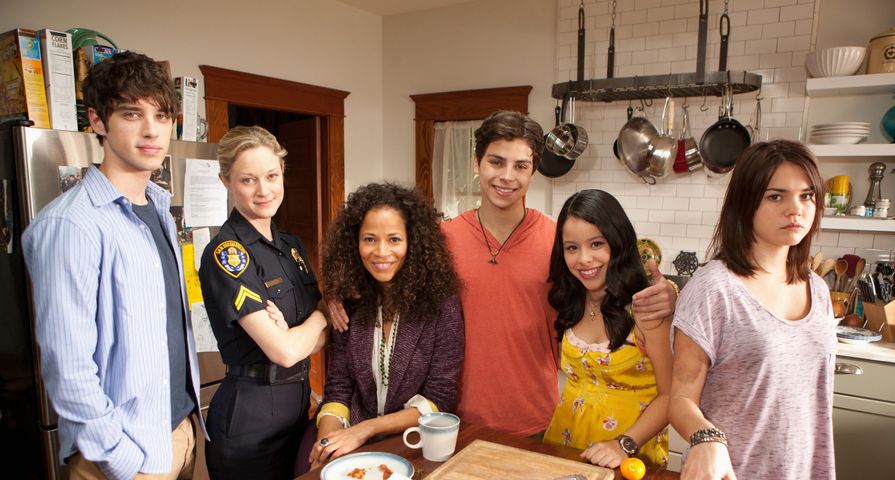 In recent years ABC Family, now Freeform, has really ramped up its family dramas and comedies appealing to wider audiences than their original hit series. One of the most popular and successful of these newer series has been The Fosters. The series premiered on June 3, 2013 and has now had five seasons and has been receiving praise for its portrayal of a multi-ethnic and blended family raised by a lesbian couple, earning it two GLAAD Media Awards and one Teen Choice Award. Here are 10 things you didn’t know about the popular series:

Maia Mitchell has starred as Callie Jacob since the series began, and she revealed that after her first day, she wasn’t sure if she wanted to stay on the show. “My first day on set we were shooting the scene where I’m walking through juvie and I get beat up, and it was the first thing I did and I was terrified. I got there at like 4 a.m. and we were shooting in this old, abandoned, haunted jail. We got in there and at the last minute, they were like, ‘Now everyone just run in!’ And I’m literally on the ground getting pummeled by all these people because I’m trying to be tough because I’m playing this tough girl when really I’m like this little actress-girl from Australia. I was so scared!” she told Buzzfeed. “I had like a huge bruise on my arm, and the bruises on my back when I’m in the bathtub, they were all real! It was terrifying. I was like, ‘Mom, I don’t wanna do this anymore I wanna come home and go to University.’ It was intense!” 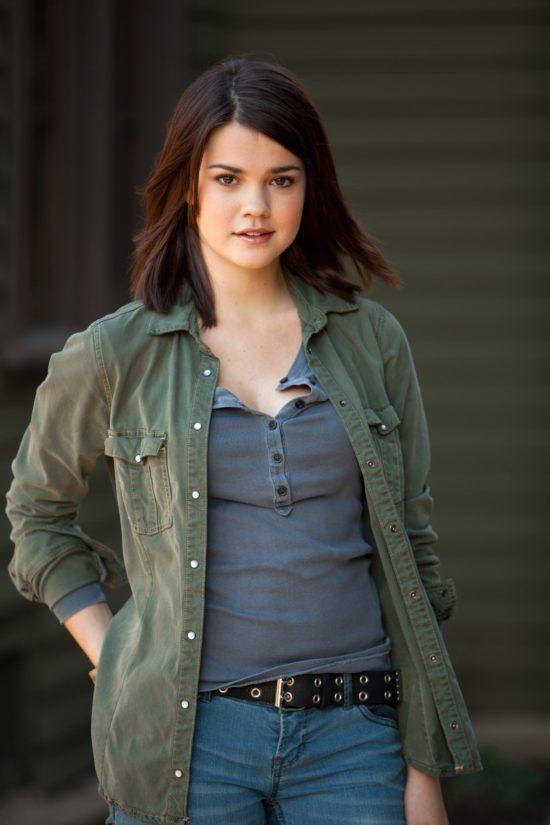 While the show’s success is evident, many don’t realize that it has a major Hollywood superstar behind it: Jennifer Lopez. Lopez serves as an executive producer on the series after she was introduced to the minds behind The Fosters by a mutual friend. “When we met with Jennifer, she really fell in love with it. The moment we had her, we knew that we had a force behind us,” co-creator Bradley Bredeweg stated. Lopez revealed that she felt so strongly about the project because her own late Aunt was gay and faced a lifetime of discrimination because of it. Lopez added, “Although the script was about a non-traditional family and had some newer themes, it had some really basic themes as well about family and love and what’s really important. And life can be complicated and messy sometimes and not simple. It gives a really good depiction of family in this day and age.” 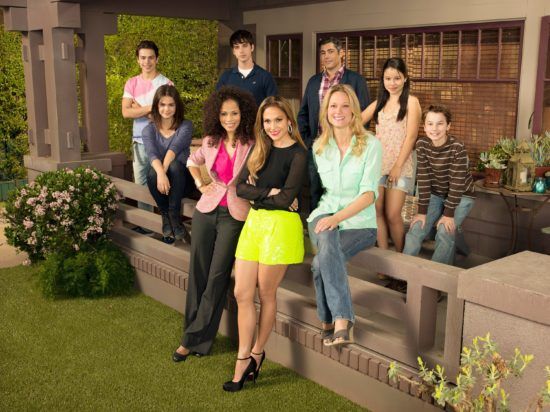 Co-creators Bradely Bredeweg and Peter Paige came up with the concept for The Fosters, because as two openly gay men, they wanted a show that reflected how family’s are changing now and wanted a series about the “modern American family.” Instead of focusing on two men raising a family, they chose two women. “We realized that there was a kind of vacuum when it came to stories about women raising families. So we set off in that direction. Many of our own friends are moms raising biological kids. Some of them have fostered or adopted. Suddenly, we realized that we had a story here that hadn’t been told on television before,” the pair said of coming up with a full idea for the series. Bredeweg added that some of the other elements of the show, such as one of his troubled childhood friend’s experience in the foster care system, also influenced the themes for their show. 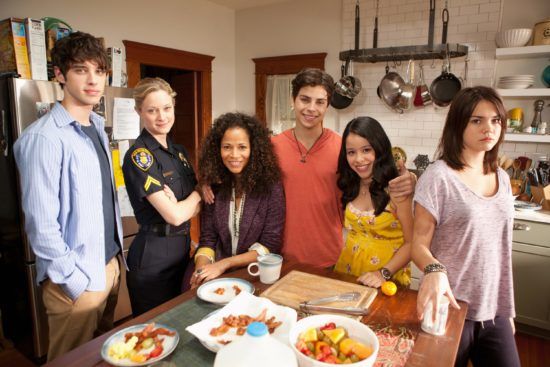 Due to the unique and unexplored territory the show would be covering on TV, Bredeweg and Paige admitted they were met with many obstacles and resistance from Hollywood at first. “There were some people around us, some people in town who said, ‘You know, it is just not going to happen. You are never going to sell this show.” It was Jennifer Lopez’s involvement and support that really got the show off the ground and allowed them to take the series to many different networks, including of course ABC Family. “ABC Family was really receptive from the very beginning. Strangely, it felt like a match made in heaven. I mean, their slogan is ‘A new kind of family.’ We had a new kind of modern family, and it took off from there,” Bredeweg said. 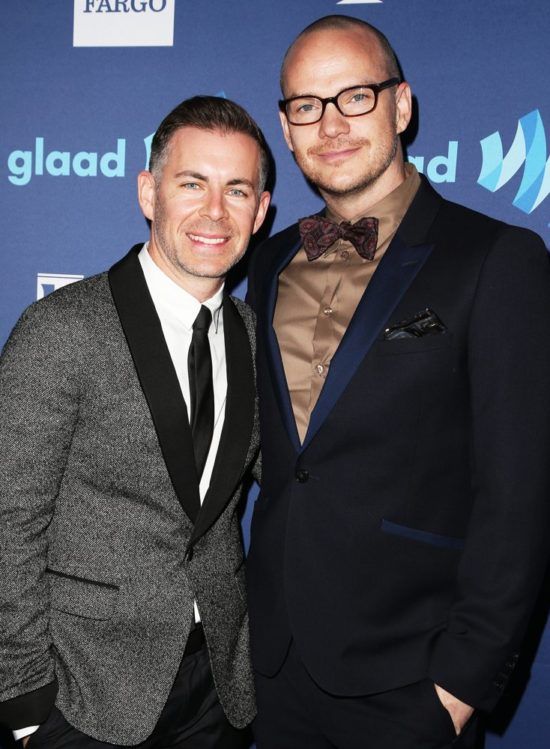 During the time that Sherri Saum was pregnant with her twins in real-life, her character Lena Adams Foster was pregnant on the show, but it wasn’t intentional for the real life pregnancy and storyline to coincide. Many series have to adjust storylines or write in pregnancies, but The Fosters‘ writers admitted that they had already planned for the storyline and conveniently she became pregnant in real life. 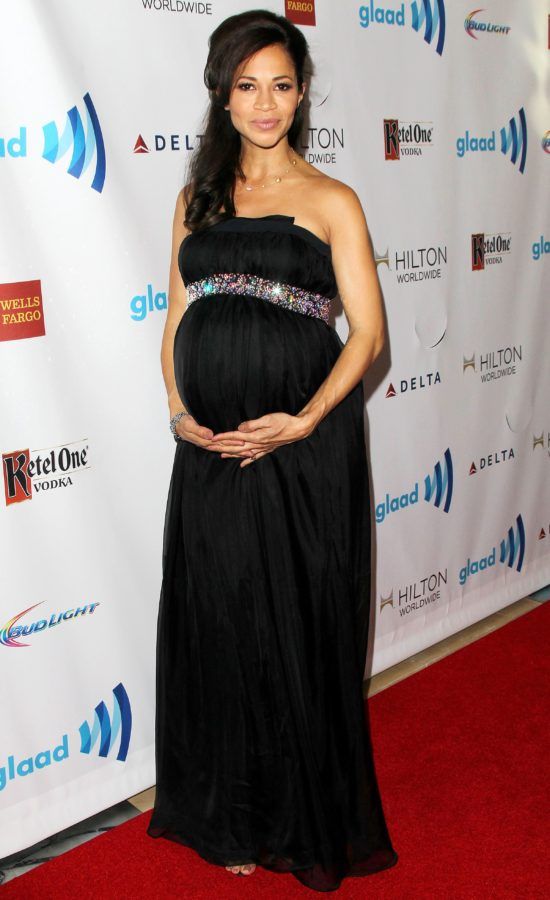 Putting together a groundbreaking series is extremely tedious, and the first to be cast were Teri Polo and Sherri Saum as Stef Adams Foster and Lena Adams Foster, but at the audition, they didn’t know they would be playing lesbians. “Sherri, when I first met her, is very quiet. Not so much anymore. And she’s drop-dead gorgeous and when I walked in I thought she was a bit of a snob! But then they were like, ‘Teri, Sherri. Sherri, Teri.’ And I was like, ‘Wow, I’ll play a lesbian!'” Polo said of the audition. Casting the rest of the characters followed and Bredeweg said, “We spent tireless hours trying to find the right person for each role. Then they all began to line up — it was like dominos — we found our Lena, the moment we found our Callie, the moment we found our Stef, it all started to line up perfectly for us.'” 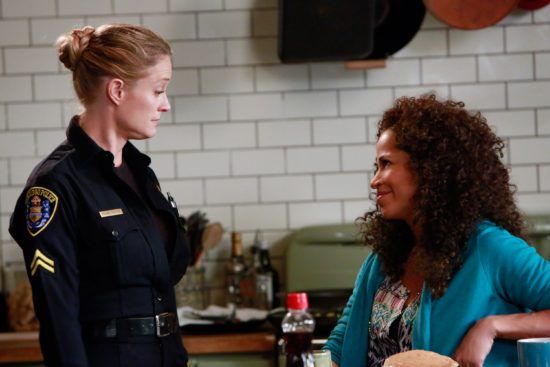 Well before the series premiere in 2013, ABC and the series was already facing controversy. In October of 2012, the conservative organization One Million Mom,s which has been identified as a hate and extremist group, “condemned” Lopez and the show. “While foster care and adoption is a wonderful thing and the Bible does teach us to help orphans, this program is attempting to redefine marriage and family by having two moms raise these children together,” they said while encouraging a boycott of the show. ABC and those behind the show stood their ground, however, defending the show since the beginning. 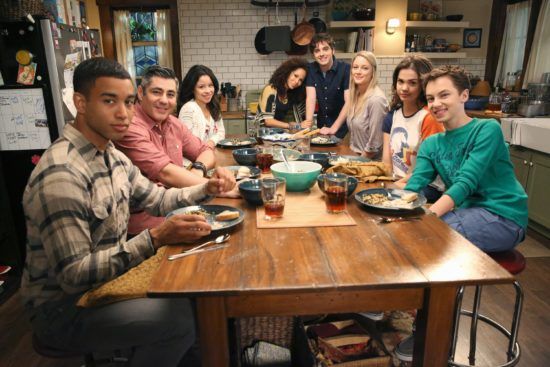 When going forward with the complicated family story they wanted to tell, the co-creators and writers still didn’t have a distinct path for each character. When the character of Jude, played by Hayden Byerly, was first introduced, he was supposed to have a transgender storyline which was hinted at in the pilot episode. Instead, writers pulled back and had Jude deal with his sexuality when he came out as gay in season two. 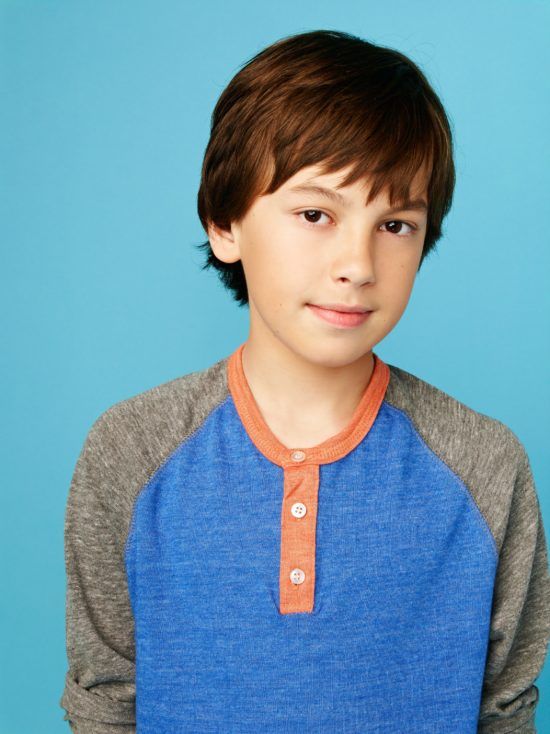 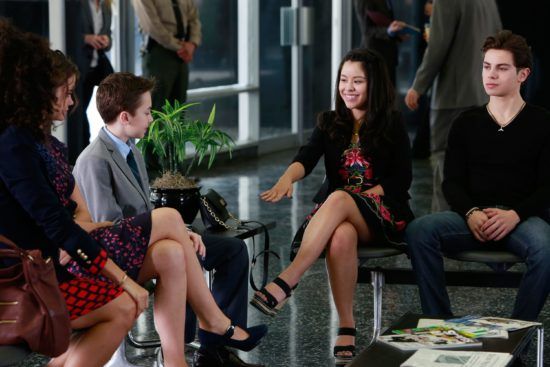 As it turns out, three stars of the series are Australian. Maia Mitchell, who plays Callie Adams-Foster, Jordan Rodrigues, who plays Mat Tan, and Louis Hunter, who plays Nick Stratos, all came from Australia, but only Mitchell and Rodrigues had to adopt American accents for their roles because Stratos’ accent isn’t that strong. Mitchell has admitted that she still struggles with keeping her Australian accent at bay sometimes. “When I go to work I just switch my American accent on. But sometimes if I’m not working that day, we’re just going to a table read or I just have one scene or something, it’ll just be so terrible. I had done table reads and just been like completely in an Australian accent the whole time,” she said. 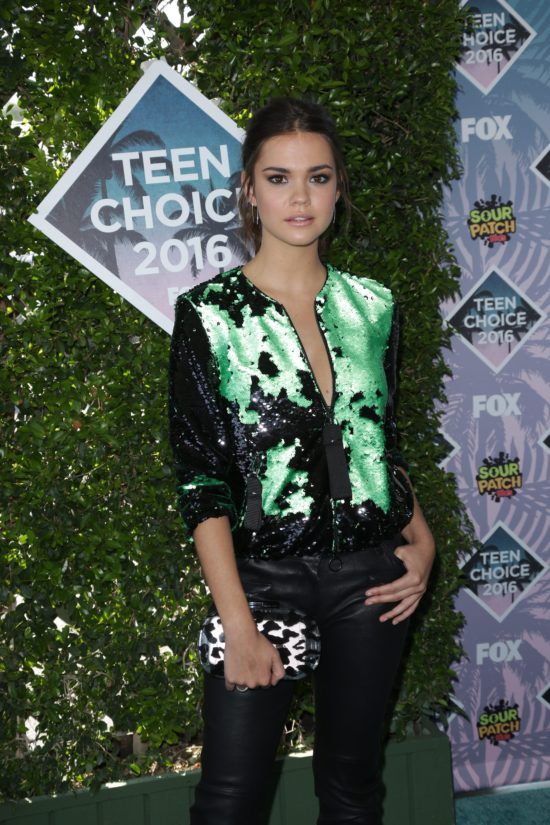