9 Things You Didn’t Know About ‘Heroes’ 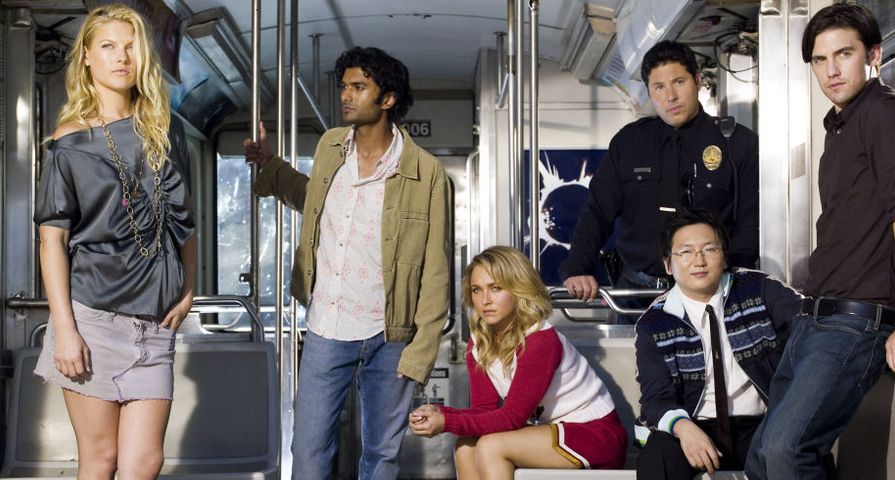 Heroes was one of the most popular sci-fi shows of the 2000s. Running from 2006 to 2010, the show had five seasons in total and even spawned a spin-off series, Heroes Reborn, that aired for one season in 2015 for one season. Since the show was such a hit, earning critical acclaim, as well as Emmy and Golden Globe nominations, we have 9 things you didn’t know about Heroes:

Series creator Tim Kring originally wanted to have an ever-shifting cast, but this changed when he realized how popular the original cast was with audiences, so he brought back most of the cast for season one for season two, with a few additions who received star billing.

Dania Ramírez was cast based on her performance in The Sopranos. Creator Tim Kring notified her that he had a Latin character that he wanted her come in and test for, so she came in and read for the character, Maya Herrera. She was the only actress called in to test for the part.

When Tim Kring pitched the idea for Heroes to NBC, he described every detail including the first season’s cliffhanger ending. When NBC execs asked what was going to happen next, he told them, “Well, you’ll just have to wait and find out.”

Sendhil Ramamurthy’s character of Mohinder Suresh was originally going to be a 55-year-old geneticist looking for super powered humans, but after his audition, NBC network execs rewrote the part and made the character a younger geneticist who was following in his father’s footsteps so that it would fit Ramamurthy.

Emma Stone auditioned for the role of Claire Bennet in Heroes, but the audition didn’t go so well cause Hayden Panettiere went in after her and wowed the producers. “I could hear that, in the other room, a girl had just gone in and they were saying, ‘You are our pick … On a scale of 1 to 10 you’re an 11,’” she told Vanity Fair in 2011. “I went home and just had this meltdown.”

4. The Concept for Heroes

NBC execs came to Tim Kring in 2015. They were desperate to recreate the success of TV shows like Lost and 24 and they liked the success Kring had with his police procedural show Crossing Jordan. He began thinking about how big and complicated the world is and how there are big issues that are difficult to fix and then decided that he wanted to create a character-driven series with ordinary people with extraordinary abilities who could do something about it.

Kristen Bell joined the series during season two as Elle, a mysterious young lady with an awesome power, and she didn’t even have to audition for the part. She was a huge fan of the show and put feelers out during Comic-Con to see if they’d be interested in having her join the cast. They were and offered her the opportunity to play Elle.

When developing the concept for Heroes, Tim Kring surrounded himself with geeks. One of the people he got on board to help was Jeph Loeb, who had been writing for Marvel and DC and scripting episodes of Smallville, and Greg Beeman, another Smallville vet. According to Beeman, when creating the characters, he started with each character’s personal struggles and predicaments and then assigned special abilities to match, so a harried single mom gets super strength and a police officer can read people’s minds.

Casting director Jason La Padura revealed that the character of Peter Petrelli was the hardest to cast. The Petrelli brothers were originally written to be twins, but to get the correct dynamic between the characters, it was decided that Peter would be the younger brother. Milo Ventimiglia, who landed the part, was the last to be cast. Greg Grunberg auditioned to play one of the Petrelli brothers, but La Padura decided he wasn’t the right; however, he was so well liked that they rewrote the part of Matt Parkman for him.