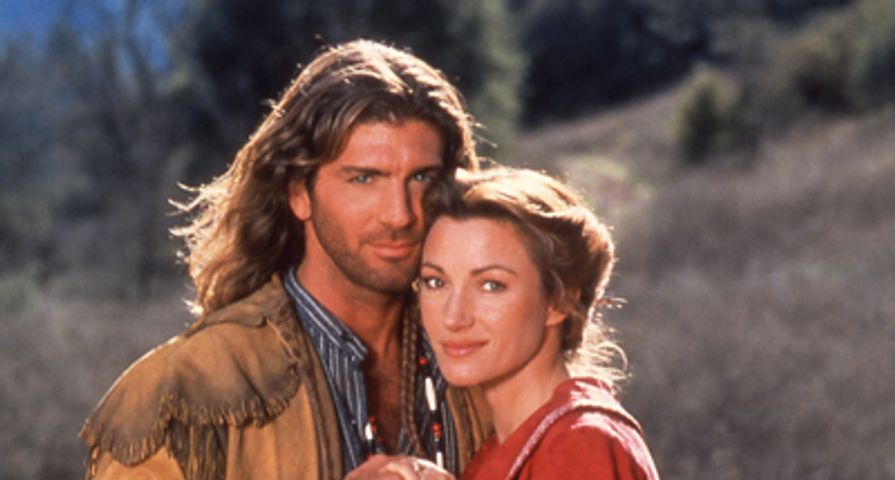 Dr. Quinn, Medicine Woman was a western drama set in the 1800s and followed Dr. Michaela “Mike” Quinn, a physician, who moves from Boston to the Colorado Springs in search of adventure. Despite the fact that it aired on Saturdays, the show was a huge hit and ran for six seasons from 1993 to 1998 when it was canceled. It’s also spawned two TV movies, Dr. Quinn: Revolutions and Dr. Quinn: The Heart Within. Because the show was such a hit, we have 9 things you didn’t know about the popular series:

Jane Seymour was a last minute casting choice. She received the script at 7 A.M. one day and had to decide by the next day at 10 A.M. if she wanted to play the titular character, Dr. Quinn. Less than 12 hours later at 6 A.M. she began wardrobe fittings for the series. The reason why she signed onto the project so quickly was because her ex-husband had left her about $9 million in the hole, so she was looking for any TV project available and Dr. Quinn was the first one that came along.

The pilot episode was shot in 1992 and aired in a two-hour special on January 1, 1993. The following night, CBS aired a second hour-long episode of the show to grab viewer’s attention. Expectations for the show were really low because it was being aired alongside the Orange Bowl, so the pilot was served more as a “made for TV” movie that could either stand-alone or could be developed into a TV series. Because the show was filmed with the belief that it wouldn’t get picked up, the casting director and producer didn’t get any kind of commitment from a lot of the actors and actresses that appeared. When the show did get picked up, several actors and actresses who were in the pilot couldn’t commit to a weekly filming schedule, so many of them were replaced.

Erika Flores – who played Colleen Cooper in the first few season – left in the middle of the third season due to failed contract negotiations. She reportedly refused to sign a contract unless it was for less than five years and included an increase in salary. CBS abruptly dismissed her mid-season with little warning when the show refused to meet her requests and recast the role with Jessica Bowman.

CBS claims that the show’s demographics changed during its six-season run. Initially, it was men and women between the ages of 18 to 49, but then for the show’s sixth season, it was women over the age of 40 who were tuning in. To get their other demographic back, CBS had writers give the show a slightly darker feel than it had during its previous seasons. These darker storylines included Michaela’s painful miscarriage of her second child and Michaela being shot by a man and then dealing with post-traumatic stress disorder. Many fans weren’t happy with the change and the show was canceled after its sixth season.

Joe Lando – who played Byron Sully – was the first person cast. A CBS casting director suggested him to the creator/executive producer Beth Sullivan. “He’s very charming,” Sullivan told the Los Angeles Times. “He’s real. He’s not the typical star jerk with any kind of pomp and ego trip. He has got incredible charisma. I think when you put those two things together, a real sensitivity and sincerity with that kind of sexy charm, that’s devastating.”

Joe Lando did almost all of his own stunts on the set of Dr. Quinn because he wanted to get the full experience. He also admitted that some of the stunts he did, like eating worms and running on top of a moving train, were things he probably wouldn’t get to do again, so he wanted to take the opportunity to do them.

The majority of the show – which was supposed to be set in the Colorado Springs – was shot at the Paramount Ranch in Agoura Hills, California, except for a couple of episodes. During the show’s six-year run, fans developed a unique bond with the cast. They were able to visit the set and talk to the actors and actresses and watch as the episodes were shot.

Beth Sullivan created the show using facts loosely based on multiple female pioneers from the mid-1800s. Not all of the women were from Colorado; however, Sullivan did a lot of research to further develop the idea and then let the writers take it from there. She still oversaw the development of the storyline though, to ensure that it was in line with her overall plan and the supporting cast was also given the opportunity to give feedback to the writers to help develop their characters.

Joe Lando was reportedly unhappy with the direction that his character had taken during the show’s fifth season and was considering leaving the show. The creator, Beth Sullivan, decided to shake things up during the season five finale and had Sully thrown off of a cliff into a river, leaving viewers unsure if he was dead or alive. Sullivan also did this just in case Lando didn’t come back. If he didn’t come back, Dr. Quinn would find his body and the show would go on without him and, if he did return, then he would be found alive. Lando did end up returning to the show, but only on a part-time basis. Some believe that this was part of the reason for a decline in viewership in season six.