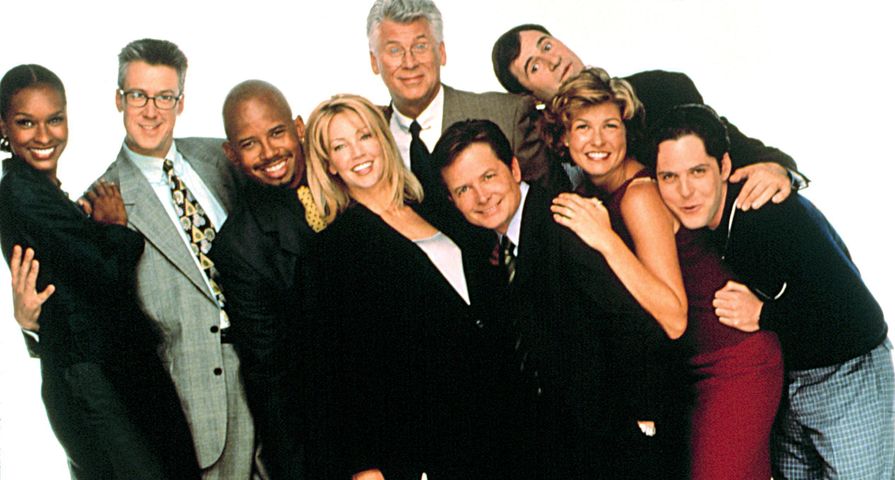 Spin City was a sitcom that aired from September 17, 1996, until April 30, 2002 on ABC and starred Michael J. Fox as Mike Flaherty, the Deputy Mayor of New York. The show ran for six seasons and was initially lauded for its clever and funny writing. It’s been over 20 years since the show first premiered, so check out these 8 things most people don’t know about the series:

When Fox was working on the show, only a few people knew about his battle with Parkinson’s Disease. Gary David Goldberg, a creator of the show, and Jeffrey Katzenberg, a founder of DreamWorks which produced the show, were the only people who knew. “There were a number of adjustments we needed to do to help him do his work,” Katzenberg told The New York Times. “He didn’t want people to know, he didn’t want people feeling sorry for him.”

One of Fox’s trademarks on Spin City was that his character, Mike Flaherty, would jam his hands in his pockets. He would do this to hide his Parkinson’s disease symptoms. It was like a last-ditch effort when all else failed.

As his symptoms of Parkinson’s disease worsened, Fox announced that he was leaving the series in 2000, at the end of season four, to spend more time with his family and to raise awareness of the disease; however, he stayed on as a producer. According to Fox, the physical strain of the disease, as well as his weariness of having to hide it led to his decision. “This big idea that the show must go on — after a while it just didn’t seem as compelling an idea. It just seemed like the right time,” he told The New York Times.

5. Getting Heather Locklear on Board

After Fox announced that he had Parkinson’s disease, Heather Locklear was added to the cast at the start of the 1999-2000 season to help share his workload. Her character, Caitlin Moore, was Mayor Winston’s new campaign manager, who replaced Jennifer Esposito’s character on the show.

Carla Gugino was cast as Fox’s love interest, Ashley, on the show during season one, but the two didn’t have any chemistry, so she left after the 13th episode. While a DreamWorks spokesman said that her character was leaving the series because “the storylines all began to gravitate towards the mayor’s office and away from the home,” Gugino’s spokesperson said that she left the show because she was more interested in building a film career.

The show was first in the post Home Improvement Tuesday timeslot where its ratings soared; however, when it was moved to Wednesdays at 8 p.m., ratings dropped. The show was then bounced all over Tuesdays and Wednesdays timeslots in an effort to find one that worked, which didn’t end up improving ratings.

The first four seasons of the show were filmed in New York City; however, when Michael J. Fox left the show and was replaced by Charlie Sheen, production for the series was moved to Los Angeles where Sheen and Spin City co-creator Gary Goldberg lived.

1. Rise in Viewers Thanks to Sheen

When Sheen first joined the series for the 2000-2001 season, the number of viewers increased from 11.8 million to 12.1 million. The audience began to grow after Fox announced that he was going to leave and included TV’s most prized demographics –  teenagers and young adults. One of the reasons for this may be because Sheen’s character added a new sexiness to the series thanks to his dissolute ways.