9 Things You Didn’t Know About ‘The Royals’ 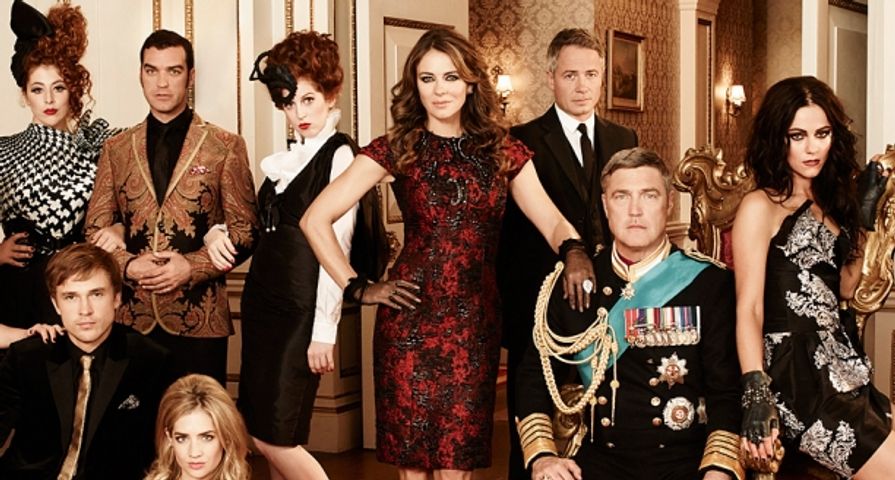 In the world of television, reality series are without a doubt dominating the screen right now. So, E! decided to switch it up with their first ever scripted series, The Royals. It is an American drama series, but it is all about a fictional royal family in England that is thrown into disarray with the death of the heir to the throne. It combines the best of drama, relationships, sex and betrayals to satisfy all TV watchers who are missing the likes of Gossip Girl and The O.C. With a fanbase quietly growing behind the show, we dug up 9 things not widely known about The Royals. Check it out:

As soon as the story for the series and the trailers for the show were released, many began to question how the real British royal family was going to react to the show. Actress Joan Collins who is a dame in real life and portrays Grand Duchess Alexandra of Oxford in the show was asked whether they were worried what the real royalty would think and if they would be insulted. She responded, “No. Who knows whether the queen will see it? I think she watches a lot of racing doesn’t she? I don’t know.” Whereas another star, William Moseley, stated, “I think people will be extremely skeptical about it. I think they’ll slate [British for insult] it and I think they’ll hate it. And I’m totally fine with it. If people hate it, they’re watching it and what it is good. We’re not slating the royal family, that’s not our aim, that’s not our goal, and if you want to make comparisons, that’s your choice.”

Instead of basing it on the scandalous life of royalty, the series is actually a loose adaptation of the novel “Falling for Hamlet” by Michelle Ray. The novel is about a high-school senior, Ophelia, who is also the girlfriend of Prince Hamlet of Denmark. Told through the eyes of Ophelia, the story focuses on the young pair navigating life in the public eye, being constantly hounded by the paparazzi, and getting Hamlet through his downward spiral after the mysterious death of his father, the King.

The Royals is often compared to the popular ’80s soap opera, Dynasty, and it has long been one of the creator’s inspirations for the series, not too mention it also stars Joan Collins who starred on Dynasty. Collins says The Royals is “a lot more grand” than The Royals, but still sees the similarities while creator Mark Schwahn added, “They did a lot of great work on [Dynasty] and we would love to be compared to that show.” Meanwhile, star Elizabeth Hurley, who portrays Queen Helena Henstridge, revealed that a lot of her inspiration for her character from Disney’s Cruelle de Vil.

In keeping with the Hamlet theme, all of the episode titles come from famous lines in Shakespeare’s “Hamlet.”

Before the show even aired, The Royals was causing trouble. Back in March 2015, right before the series was set to premiere, a video went viral of a naked man climbing out of a window at Buckingham Palace using a bedsheet during the changing of the Queen’s Guard. It was presumed as a hoax, but it was widely covered by many media outlets, and it turned out that it was actually a publicity stunt organized to promote The Royals.

The fictional royal palace for the show is all filmed at Blenheim Palace in Woodstock, Oxfordshire, England. It was the birthplace of British Prime Minister Winston Churchill and is still used as the primary residence of the Dukes of Marlborough as well as a heritage site, and a host to many sporting and cultural events in England each year.

As with most shows, adjustments to the cast had to be made after filming had already begun. Originally, Lu Richardson was cast as Ophelia but after the series was officially picked up she was replaced by Merritt Patterson. Then in season two, actress Hatty Preston, who portrayed Princess Maribel, was replaced by Jerry-Jane Pears, and the show cleverly explained it away by claiming she had undergone extensive plastic surgery.

At first, the reviews for The Royals were very negative. While some critics tried to point out some positives along with the show’s flaws, a review in the Chicago Reader stated, “think of the worst hour-ling prime-time soap operas to have assaulted our sense over the past 30 or so years, then go ahead and add this one to your brain’s trash heap.” Slowly, some opinions changed and the performances by many of the stars have been highly praised, and as such, the show is now heading into its third season!