Home » Entertainment » Celebrities » Things You Might Not Know About Meryl Streep 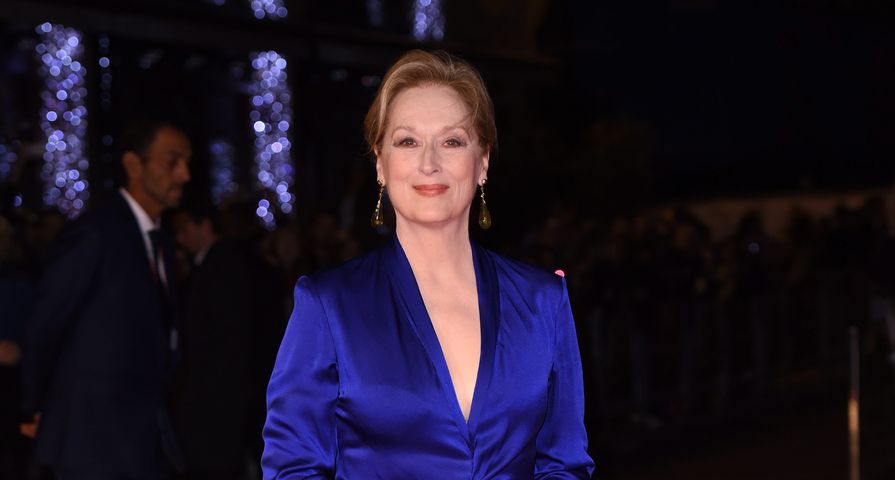 Meryl Streep is easily one of the most famed actress in all of Hollywood. She’s a veteran actor who is often cited as the “best actress of her generation.” That’s quite the title! As of 2015, she was the most critically acclaimed actor (male or female) and is particularly well known for her ability to transform herself for a role and embody a character. Not only is she talented, but she’s well loved! For an actress who’s been around for over 40 years, she’s done well to maintain her image and remain one of the most respected actresses in showbiz. In honor of her upcoming birthday, we’ve created a list of 10 things you might not have known about this beloved actress!

Born Mary Louise Streep, Meryl Streep grew up in Summit, New Jersey. Her mother was Mary Wolf Wilinson, a commercial artist and art editor, and her father was Harry William Streep Jr., a pharmaceutical executive. She has two brothers named Dana David and Harry William III. She was raised in a Presbyterian household, and began performing at a young age in school recitals and plays. She claimed she had a photographic memory when she was younger which allowed her to memorize her lines. In high school she was a homecoming queen and cheerleader.

9. Worked as a Waitress and Almost Became a Lawyer

She had to pay her own way through school, so she worked as a waitress at the Hotel Somerset as a teenager. When she attended Yale School of Drama, she once again had to support herself so she returned to waitressing and took up typing. She also graduated from Vassar College in 1971 and applied to law school. On the day of her interview she overslept and missed the interview. She took this as a sign of fate that she was meant to do something else. Streep has honorary doctrates from three different schools — Yale, Princeton and Harvard.

Today, Meryl Streep is recognized as one of the best actresses in the business. She’s only ever been turned down four times throughout her entire career. The roles she didn’t get were Michelle Straton in American Gigolo, Patsy Cline in Sweet Dreams, Miss Kenton in The Remains of the Day, and Elizabeth I in Elizabeth. When asked what role she wishes she’d have done, she still cites Sweet Dreams as her biggest regret! Despite her success now, initially it wasn’t an easy decision. Meryl almost quit acting altogether after her first experience in the industry which was a small part in the 1977 Jane Fonda movie, Julia. She said, “I had a bad wig and they took the words from the scene I shot with Jane and put them in my mouth in a different scene. I thought, I’ve made a terrible mistake, no more movies. I hate this business.”

Meryl Streep won an Oscar for her performance in the film, Kramer vs. Kramer. For those who’ve seen the movie, no one could forget her character’s monumental speech in the courtroom. However, the speech she recites is not the original, it’s actually her own creation! She told writer-director Robert Benton that her character comes off as too evil and that it was clear the monologue was written by a male, hence why it didn’t do justice to portray a woman going through a divorce. She made a case as to why the speech needed to be changed and Benton allowed her to re-write the script in two key scenes of the film despite protests from her co-star Dustin Hoffman.

As previously mentioned, Meryl won her first Academy Award for her performance in the 1979 movie, Kramer vs. Kramer. That night at the Oscar Awards, she left her little gold statue in the bathroom on top of the toilet! Perhaps she had a little too much to drink that night…Eeek! Fortunately, someone spotted it and returned the golden figure back to his rightful owner.

Meryl has been nominated for 19 Academy Awards and 29 Golden Globes — she has more nominations and wins than any other actor in history! She has 3 Oscars under her belt, first for her role in Kramer vs. Kramer, then Sophie’s Choice and again in 2012 for her role in The Iron Lady. According to IMDB, the longest she’s gone without an Oscar nomination is five years. Some of Meryl’s biggest awards are:  3 EDA Awards, 5 New York Film Critics Circle Awards, 1 Britannia Award, 2 British Academy Film Awards, 1 Cannes Film Festival award, 2 Critics Choice Movie Awards, 2 Screen Actors Guild Awards, 4 Satellite Awards, 2 Primetime Emmy Awards, 10 People’s Choice Awards and 8 Golden Globe Awards — these are just the most well known awards, there are plenty more nominations and wins! Surprisingly, she’s also been nominated for five Grammy Awards which is an amazing feat for an actress! She was nominated for three Best Album for Children, 1 Best Spoken Word Album for Children and Best Compilation Soundtrack Album for Motion Picture. Meryl has also received the Cecil B. DeMille Award, the AFI Life Achievement Award, the Kennedy Center Honor, National Medal of Arts, the Presidential Medal of Freedom and the government of France even made her a Commander of the Order of Arts and Letters.

4. She Could Have Become an Opera Singer

As a child, Meryl took formal singing lessons and even studied opera singing at the age of 12. She had an interest in performing and for her role in the film Into the Woods, she sang most of her songs live, although she did have pre-recorded versions as well. She quit after only four years. “I was singing something I didn’t feel and understand. That was an important lesson — not to do that. To find the thing that I could feel through,” said Streep.

Being one of the most critically acclaimed and respected actors in Hollywood is no easy task, and Meryl Streep has definitely worked for it! Streep continues to take on challenging roles and flawlessly executes each and every character she takes on. But it isn’t all just by chance! She has a few tricks up her sleeve to help her get by and is reportedly extremely meticulous when it comes to preparing for a role. Before taking on a film, she will select a piece of music that embodies the character or setting and will listen to that song on repeat. When she did the film The Hours, she listened to “Four Last Songs” by Richard Strauss over and over again, and Stephen Daldry liked it so much that he added it to the film!

2. She has Mastered Various Accents

As a veteran in the film industry, Streep has taken on a wide variety of roles throughout her long career (which dates back to the mid ’70s) all of which have helped her to hone her craft. In addition to being extremely particular in her preparation for a role, another one of her trademarks is that she’s extremely good at doing accents! For her Oscar winning role in Sophie’s Choice, she not only mastered the Polish accent, but also German! She was so good at her accents that the locals on set thought she was from Poland. Robert Ebert said her accent was “the first accent [he’s] ever wanted to hug.” She’s also taken on an Australian, British, Danish, Italian and New York Bronx accent.

One of her best roles was as Miranda Priestly in The Devil Wears Prada alongside Anne Hathaway. When the film wrapped up, she donated a lot of the clothes to a charity auction, but she kept the famous Anna Wintour-esque shades. She wore them again in the Mamma Mia! musical while singing the ABBA hit “Money, Money, Money.” This isn’t the first time Streep has recycled a costume. When she played Emmeline Pankhurst in Suffragette, she wore the same shoes from Out of Africa when she played Karen Blixen 30 years prior. The reason was because the production team couldn’t find the right pair of period shoes in her size, so she brought in an old pair from another role.