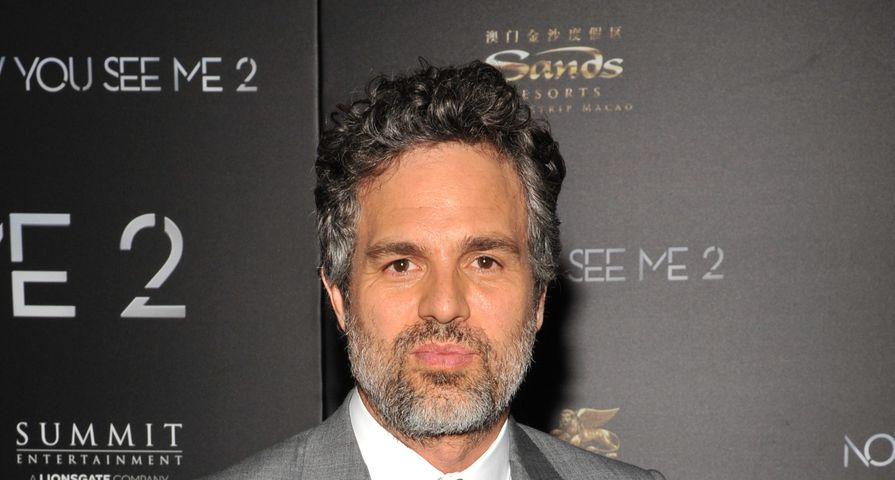 Mark Ruffalo is a well established actor now thanks to roles in 13 Going on 30, Shutter Island, The Kids Are All Right and his role as the Hulk in The Avengers franchise, but it wasn’t always easy for the actor. He had to spend years honing his craft so he could achieve mainstream success. In celebration of his birthday, here are 10 things you didn’t about the talented and charming actor:

In 2011, The Avengers actor revealed that he had a benign brain tumor removed back in 2002. He told The Telegraph that he had dreamt that he had a brain tumor, so he went to the doctor the next day and was sent for tests, which ended up revealing that he did in fact have a brain tumor, but it was non-malignant. When he had surgery to remove it, the operation left one side of his face paralyzed; however, with time, the paralysis went away.

His first professional job was in a Clearasil commercial. He had been working at a guitar store prior to landing the gig and quit the job as soon as he was cast in the commercial. “I was 19, maybe 20, that was my first paying job. I went and quit my day job, stringing guitars at a guitar store on Sunset Boulevard, Freedom Guitar. I made like $30,000 – and I was like, ‘I’ve made it, I’m rich, I’m quitting my job, I’m on my way!’ Two months later, after lending money and treating friends to dinner, and buying a new car stereo system, it was all gone. And then it was back to whatever small jobs I could get. Busboy, waiting tables, gardening, house painting, moving, whatever shit – I did everything when I was in LA,” he told The Rolling Stone.

Mark Alan Ruffalo was born in Kenosha, Wisconsin, to Marie Rose, a hairdresser and stylist, and Frank Lawrence Ruffalo, Jr., a construction painter. He has two sisters, Tania and Nicole, and he had a brother, Scott, who died in 2008. He spent his teen years living in Virginia Beach, Virginia, and then the family moved to San Diego, California, and then to Los Angeles. During junior high and high school, he competed in wrestling, but quit wrestling for drama.

He fell in love with the idea of acting when he was eight years old. His grandmother let him stay up to watch the TV premiere of a Streetcar Named Desire, and according to him, it changed his life. “It made me want to be an actor … Brando’s magnetism and that fearlessness and the vulnerability. His raw presence was slightly effeminate, balanced. It was more real, more honest. And I guess it became about looking for the things that seem honest to me, that really reflect life, that are the things that turn me on about movies,” he told Observer.

In 2008, The Kids Are All Right actor was dealt a major blow when his brother Scott, who was a hairstylist in Los Angeles, was found shot dead in his Beverly Hills apartment. Police at first suspected that it was a suicide and even suggested that he may have been playing Russian roulette, but it was later decided that he was murdered. Although two people have been arrested in connection with his brother’s murder, no one has ever been charged.

During his early career, he had auditioned for about 800 parts and didn’t get anything. One of his bigger roles during that time was in Kenneth Lonergan’s Academy Award-nominated film, Can Count on Me. He had been appearing in Lonergan’s plays, which led to him getting the coveted part in the film. His performance was well received and some critics compared him to a young Marlon Brando. This success led roles in XX/XY, Windtalkers and In the Cut.

The Oscar-nominated actor meditates daily and he credits it with saving him from his anxiety. “It’s pretty much a daily practice that quiets your brain and oddly enough, actually slows down time, so you’re not so much trapped in your immediate reactions to things. And everything changed. My work started to change, my luck started to change. The way the world looked to me changed. Like, with all the crazy sh-t going on in the world, I actually have an enormous amount of hope,” he told The Rolling Stone.

During the mid ‘90s, he was ready to quit acting. “I was doing all these plays, I couldn’t get anyone to come. I sucked at auditioning. It was a really low point,” he told Men’s Journal. He ended up moving back to Wisconsin to work for his father’s construction business. He wanted to stay there and settle down, but his mom insisted that he move back to L.A. and follow his dream, so he eventually moved back to Hollywood and went back to auditioning for roles.

Ruffalo has been quite open about his views on women’s rights. In 2013, he penned a letter that was read at a rally outside Mississippi’s last abortion clinic about reproductive rights and how his mother was forced into getting an illegal abortion when she was young and the experience traumatized her. “It cost $600 cash. It was a traumatizing thing for her,” he wrote. “It was shameful and sleazy and demeaning. When I heard the story I was aghast by the lowliness of a society that would make a woman do that. I could not understand its lack of humanity; today is no different.”

The 13 Going on 30 actor met his wife Sunrise Coigney in 1998 through a mutual friend when they were walking down the street in L.A. and he knew from that moment that he was going to marry her. Together they have three children: Keen, who was born in 2001, Bella Noche, born in 2005, and Odette, born in 2007. They live in Callicoon, New York, a little town on the Delaware River two hours from Manhattan.