Things You Might Not Know About Jean-Claude Van Damme 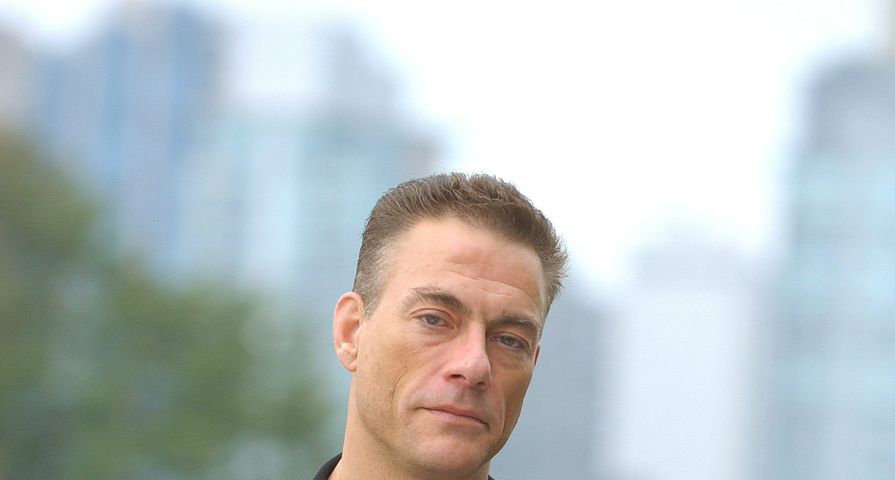 Jean-Claude Van Damme is one of an elite set of action heroes such as Arnold Schwarzenegger, Sylvester Stallone, and Dolph Lundgren, who are the epitome of what was so great about ’80s, and ’90s action movies. He also comes from an era where social media didn’t exist, and although he was famous, not every move was publicized like it is for celebrities now which means there is so much fans don’t know about the JCVD! Check it out:

Back in 1997, Frank Dux, who is the man Jean-Claude Van Damme portrayed in his breakout role in Bloodsport, filed a lawsuit against Van Damme for $50,000. According to Dux, he did co-writing and consultation work on Van Damme’s 1996 film The Quest that he was never paid for, and also accused the actor and martial artist of lying about his fight record. The case was dismissed, however, because Dux reportedly lost any evidence that he had in an earthquake. In 1989, Van Damme was also sued for “wilfully gouging the eye” of an extra on the set of Cyborg for a sword fight scene.

Van Damme began his training in martial arts at the tender age of 10 when he was enrolled by his father in a Shotokan karate school and he earned his black belt by the age of 18. When he was 12 years old, he joined the Centre National De Karate and trained for four years before earning a spot on the Belgian Karate Team. At 15 he began competing and from 1976-1980 held a record of 44 victories to only 4 defeats in tournament and non-contact matches. Van Damme began competing in full-contact matches in 1977 and from 1977-1982 had a record of 18 victories and only 1 defeat. During the height of his compeitive career he also began lifting weights in order to “improve his physique” and ended up winning the tile of Mr. Belgium in a bodybuilding compeition.

Jean-Claude Van Damme was born Jean-Claude Camille Francois Van Varenberg on October 18, 1960 in Berchem-Sainte-Agathe, Brussels, Belgium. His mother Eliana Van Varenberg was an accountant and his father Eugene Van Varenberg was a florist. When he was 16 and already into his fighting career, he took up ballet and studied it for five years, stating, “Ballet is an art, but it’s also one of the most difficult sports. If you can survive a ballet workout, you can survive a workout in any other sport.”

After retiring from kickboxing and karate competitions in 1982, Van Damme along with his childhood friend Michael Qissi moved to America with the aim of becoming movie stars. He quickly landed small and mostly non-speaking parts in films such as Breakin’, War and Remembrance, Missing in Action, and No Retreat, No Surrender. He was then cast as the Predator for Arnold Schwarzenegger’s hit 1987 film, Predator. According to reports, he was not happy that his face would not be on camera and that he would only be getting an uncredited special effects role. After Stan Winston redesigned the Predator, Van Damme was taken off the project and replaced by Kevin Peter Hall. Interestingly, it still helped boost his career as he was working as a waiter when trying to find roles when producer Menahem Golan came into the restaurant. Van Damme performed a roundhouse kick without spilling a single drop of soup he was holding. Golan initially dismissed him, but a friend told him Van Damme was working on Predator with Arnold Schwarzenegger which recaptured Golan’s attention. When Golan checked, Van Damme’s name was still on the cast sheet, and so he was offered the lead role in Bloodsport, which was his big break into the industry.

Thanks to his impressive physique and fighting skills, Van Damme was the inspiration for the character Johnny Cage in the infamous 1992 Mortal Kombat game. The game’s creators Ed Boon and John Tobias had originally wanted Van Damme to star in the game, but they reportedly could not come to terms on the cost of using his likeness, so they instead modeled Johnny Cage after the actor/fighter.

Unfortunately, the Universal Soldier star is another major celebrity who battled mental health issues, and turned to hard drugs for the answer. In 1998, the star was officially diagnosed with bipolar disorder, and in 2011 he opened up about it, saying he had battled it for most of his life without knowing. “Sometimes you’re gonna like me, and sometimes you’re gonna hate me. But what can I do? I’m not perfect … I’m an extreme bipolar, and I’m taking medication for this … When I was young, I was suffering those swing moods. In the morning, the sky was blue [when I was] going to school, and to me, the sky was black. I was so sad.” Before his diagnosis, however, the stress of constant filming and promotion led him to an addiction of cocaine which reportedly got so bad he was spending $10,000 a week on the drug and was consuming up to 10 grams a day. He attempted rehab, but was unsuccessful and one day beat the addiction by quitting cold turkey and focusing on exercise.

On September 23, 1999, the action star was arrested for driving under the influence in Beverly Hills. In July of 2000, he was sentenced to an anti-drunk driving class and had to pay a fine of $1,200. He also had his license revoked for 90 days and was sentenced to three years probation.

Despite being a busy fighter and movie star, Van Damme’s personal life has been very busy as well. Over the years, the star has been married five times to four different women. His third wife was bodybuilder Gladys Portugues with whom he shares two children, Kristopher and Bianca. He and Portugues were together until 1992, when Van Damme had an affair with actress Darcy LaPier who he went on to marry in 1994. After their marriage, he then had an affair with his Street Fighter co-star Kylie Minogue while at the time his wife, LaPier, was pregnant with their son Nicholas. As it turns out, she didn’t even find out about the affair until Van Damme admitted it 18 years later in 2012. The actor then left his wife and remarried Glady Portugues. Portugues filed for divorce in early 2015 but, later that year, they had seemingly reconciled and were not moving forward with the divorce.

Thanks to his heritage, the star can speak both French and Dutch, and he once said that he ended up learning English by watching The Flinstones cartoon, but as it turns out he can also understand Spanish very well. According to him, he can understand the language so well because he had a Spanish nanny when he was young, but he can’t speak the language properly. He once had an interview in Chile where all the questions were asked in Spanish, but he had to answer in English.

Born Jean-Claude Van Varenberg, the star actually took the name Van Damme when he moved to America as it was the last name of one of his good friends and it was in honor of that friend’s father who helped start his career. “His father sent me for the first time to Hong Kong to be a picture model. I’m not enough tall to be a catwalk model, plus too big for that, and we became very good friends and I took his name as an honor. Because my name, by the way, is too complicated. It’s Van Varenberg. So Van Damme it’s punchy, short and clear.”