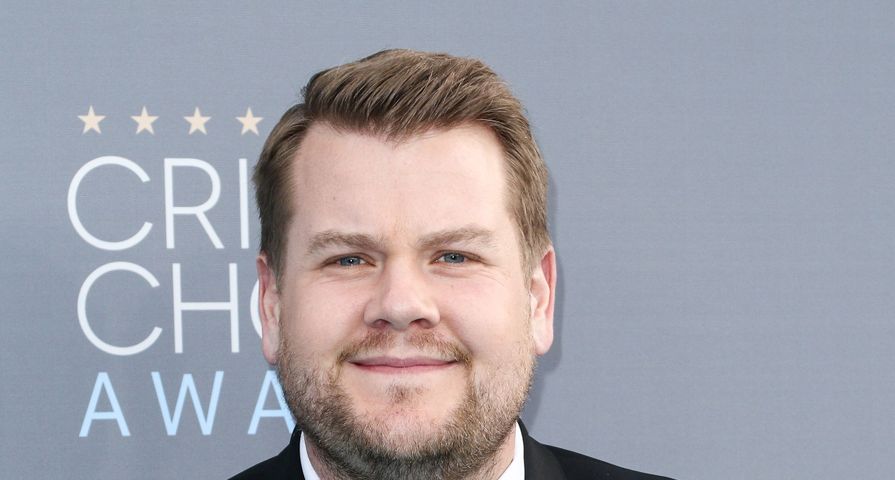 “Carpool Karaoke” is an undeniable hit and Corden’s meteoric rise to internet fame is also unprecedented. His show has over 11 million YouTube subscribers and Corden himself has over 9 million Twitter followers. Pretty impressive for a guy who nobody had even heard of when his show started back in March of 2015. So, who is James Corden? Here are 10 things you need to know about the UK born funnyman.

10. He Didn’t Have to Audition for his Late Late Show Gig

Corden was hand-picked for the job by CBS President and CEO, Les Moonves. Corden was performing on Broadway in the improv comedy “One Man, Two Guvnors” and, unbeknownst to Corden, Moonves was in the audience one night. “I just walked out of there saying, ‘This guy’s extraordinary’” said Moonves. Moonves mentioned Corden to colleagues as a possible successor for the 12:30 late night slot. “Ninety-five percent of people didn’t know who I was talking about. The only people who did were either Brits or people who knew the Broadway theater scene.” Well, clearly Les Moonves’s gut instinct about Corden was right.

9. No Celebrity Would Do Carpool Karaoke In the Beginning

“I would be on the phone and we would pitch and pitch. No one would do it,” says Corden. But it’s thanks to Mariah Carey that the segment finally launched. Back in the UK, Corden had done a version of Carpool Karaoke for a charity event where he and George Michael drove around and sang old Wham! songs. Knowing that Carey is a huge fan of George Michael, an associate of Mariah’s finally pitched the idea to her. And she agreed to do it. The first Carpool Karaoke debuted on March 25, 2015.

8. James Corden Got Locked Out of His Own Studio

“I couldn’t get in our building. That’s not a lie,” says Corden. He told the story on Live with Kelly. “In our studio at CBS, there’s a big poster with my face on the side of the wall and our show had just launched two weeks earlier and I had gone out for a sandwich and I went to go in and [security] was like – have you got your pass? And I said, ‘oh no I don’t, I left it inside.’ And he goes, ‘sorry, can’t let you in without your pass.’ So we had to call someone in the office and someone had to come down and get me.”

7. He Has a Favourite Carpool Karaoke

In September 2015, Stevie Wonder was then carpool guest and something very special happened that made this segment one of Corden’s favourites. Corden had asked Stevie Wonder to call his wife Julia. Wonder obliged and sang one of his hit songs. Wonder crooned, “I just called to say James loves you. I just called to say how much he cares.” During the segment Corden got visibly emotional. He puts his head in his hands and wiped away tears at the end. Corden has been married to his wife Julia since 2012 and they have two young children, Max and Carey.

6. Celebrities Are Now Clamouring to be on Carpool Karaoke

It was after Stevie Wonder’s segment that other celebrities, music labels, agents and publicists started calling to get their clients featured on The Late Late Show. After Stevie’s appearance, his greatest hits album that was released in 2002 (almost 15 years ago) went to No. 1 in the UK and Europe.  Suddenly, the world’s biggest singing superstars realized that this segment was more than just a typical talk show appearance. It was also a money maker. Unlike when the segment began and nobody would appear, now Corden can pick and choose who will help him get to work in the carpool lane.

5. How He Stays Safe Driving during Carpool Karaoke

Even though it looks like it’s just a single SUV for the Carpool segments, there’s actually a convoy of cars surrounding him to ensure Corden and his guests’s safety. Late Late Show executive producer Ben Winston explained the technique to Vulture magazine: “Well, first of all, we don’t take routes that are difficult. He’s also got two of our cars ahead of him, and three cars behind him. So he’s moving at under 20 miles an hour, and we don’t let any other cars around him. The second thing is, the cameras are tiny. They’re about the size of your knuckle, and they’re [stuck on] the windshield. So it doesn’t really distract his view. That’s how we do it.”

4. His Middle Name is Kimberly

That’s right, his full name is James Kimberly Corden. It may seem unusual, but as Corden told Heat magazine, “Literally every man in my family has it – it’s a tradition.” Even still, Corden admits that his middle name made him a target of jokes and teasing in school. “I realized quite early that, being this little chubby lad, I was a target for the lads in the older years. But I found that if you just made them laugh, they’d accept you. I probably used the same tactics then as I do now – that’s the sad thing!”

Corden told Vogue magazine that a Shake Shack burger is his favorite meal. He also admitted that his favorite cocktail is an Eastern Standard (a combination of vodka, lime, cucumber and mint); his all-time favorite TV show is The West Wing; his favorite movie is As Good As It Gets; and he was the most nervous when he met Oprah and that he considers being a father as one of his greatest achievements. “It gives you a great perspective on your own life and you realize how irrelevant a lot of it has been until this moment.” Oh, and one other thing, James Corden is the favorite comedian of Vogue editor-in-chief, Anna Wintour.

Not only did Corden help create the comedy series, he also co-wrote and starred. It ran from 2007 to 2010. It was critically acclaimed and won several BAFTAs (British Academy of Film and Television Awards) including Best Male Comedy Performance for Corden. Fox Television tried to remake Gavin & Stacey for a US audience called Us & Them during the 2013-2014 season. But after six episodes were recorded, production came to a halt with Fox citing “poor quality scripts.” Production never did resume and Fox pulled the plug on the series, refusing to air even the six episodes that were completed.

In 2012, Corden won his first, and only, Tony award for his role in “One Man, Two Guvnors” (that same play where the CBS president ‘discovered’ Corden.) Corden’s schedule is pretty jam-packed at the moment, but he’s said he would love to return to Broadway and if he had his pick, he’d love to star in “A Funny Thing Happened on the Way to the Forum.” James Corden hosted the Tony Awards in 2016.