Home » Entertainment » Celebrities » Things You Might Not Know About Sylvester Stallone 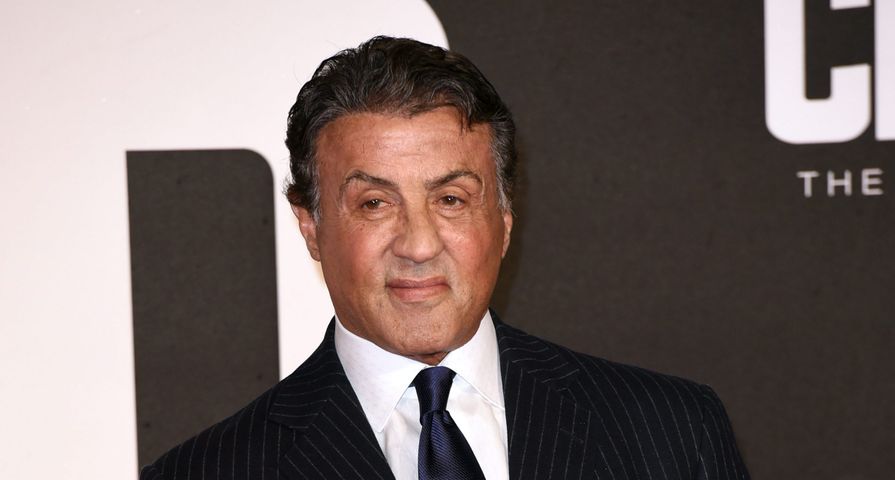 Sylvester Stallone is a Hollywood icon and part of a class of actors and action stars that will never be matched. Over his many years in the industry and portraying some of film’s most famous characters, Stallone has garnered a large and extremely loyal fanbase. Despite his high level of fame, Stallone rarely speaks out about his personal life and lives largely out of the spotlight, meaning there is still so much to know about the star! Get to know Sly Stallone better with these 11 facts not widely known about the him!

Sylvester “Sly” Gardenszio Stallone was born on July 6, 1946 to Frank Stallone Sr. and Jacqueline “Jackie” Stallone in New York City. Stallone is the older brother to two brothers, Frank and Dante, and to one sister Toni who passed away in 2012. At an early age, his mother enrolled him in tap-dancing and after his parents divorced when he was nine he lived mainly with his mother. As a teenager he attended many schools including Notre Dame Academy, Lincoln High School and Charlotte Hall Military Academy and went on to attend Miami Dade College and the University of Miami. Despite not graduating from University, in 1999 Stallone requested that his “life experiences and acting” be accepted in exchange for the remaining credits he needed to graduate, and he was granted a Bachelor of Fine Arts by the president of the University of Miami. Despite making it to University, his teen years were tough and Stallone was expelled from 14 schools for antisocial and violent behavior.

In a time WAY before ROCKY

Stallone is known for his surly, slurred speech and it is all a result of complications his mother faced while giving birth. As a result of the complications, doctors used forceps to pull Stallone out and in the process they accidentally severed a nerve and caused paralysis in parts of his face. The lower left side of his face which includes parts of his lip, tongue and chin have been permanently paralyzed his entire life. It has also been reported that when he was born, his mother Jackie name him Tyrone Stallone, because she was a huge fan of Tyrone Power, but when she got the birth certificate she found out that Frank Stallone had changed the name to Sylvester. Apparently he isn’t a huge fan of his name either and prefers to go by Sly. 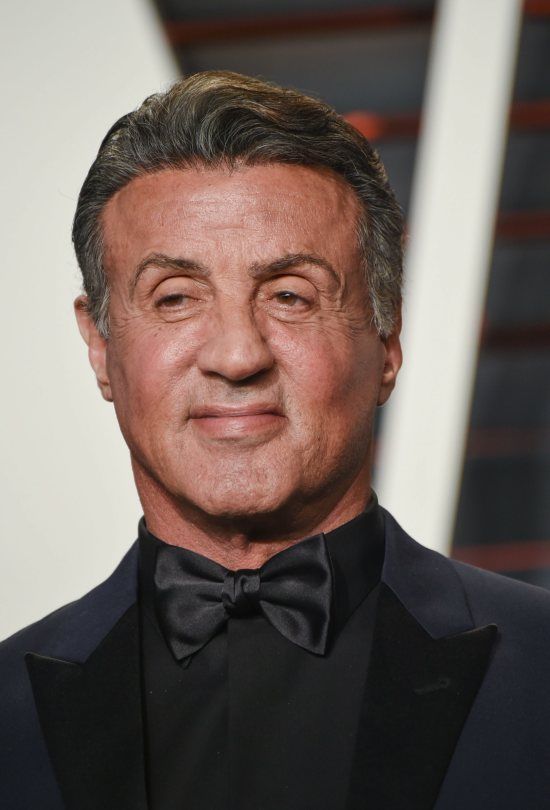 In 1974, Stallone married his first wife Sasha Czack and in 1976 they welcomed their first son, Sage Moonblood. Unfortunately, in July 2012, tragedy struck when Sage was found dead in his apartment at the age of 36. At first rumors swirled that Sage had died from a drug overdose, but an autopsy report revealed he actually died from a heart attack. Although Sage did lead an unhealthy lifestyle, there were never any signs of heart problems, despite being diagnosed with a heart murmur at 10 years old. Only six weeks after his son’s death, tragedy struck the family again when Stallone’s 48-year-old half sister Toni Filiti died of lung cancer. 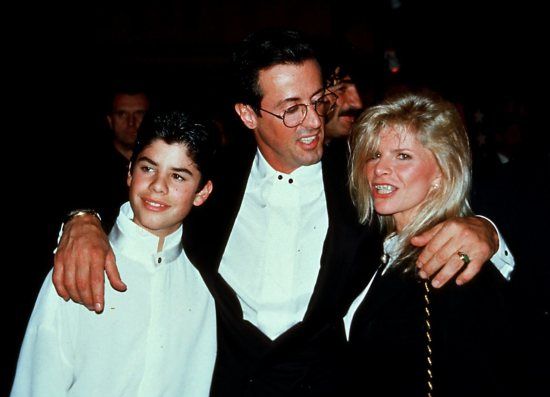 Over his many action movie roles, Stallone has suffered numerous injuries, but his worst by far was when filming Rocky IV with Dolph Lundgren who portrayed Ivan Drago. “I gave him orders to try to knock me out while the cameras were rolling…after the third take of taking body blows, I felt a burning in my chest, but ignored it…Later that night I couldn’t breathe very well, and they took me to the emergency room…The next thing I knew I was on a low-altitude flight from Canada to St. John’s Hospital in Santa Monica, and there I resided in intensive care for eight days…He struck me so hard in the chest that my heart slammed against my breastbone and began to swell, so the beating became labored, and without medical attention the heart would’ve continued to swell until it stopped. Many people that have car accidents die like this when the steering wheel slams into their chest. So in a sense I was hit by ‘a streetcar named Drago,’” Stallone recalled of the injury. He then broke his neck while filming a fight scene with Steve Austin for The Expendables which required surgeons to insert a metal plate in Stallone’s neck, and while filming the 1981 film Escape to Victory, Stallone broke his finger trying to save a penalty kick from soccer star Pele. 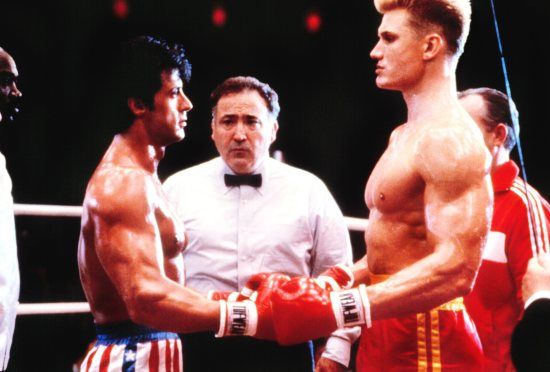 1976’s Rocky may have catapulted Stallone’s career into a level of fame that is hard to imagine, but like many megastars, Stallone got his start in smaller, somewhat embarrassing roles. At 23 years old that role came for Stallone with his starring part in the softcore adult film The Party at Kitty and Stud’s in which he played the role of Stud. Stallone was only paid $200 for the role and, after the success of Rocky, the film was released and renamed The Italian Stallion, playing off of Rocky’s nickname in the films.

Flashback… Outside the modern museum of art, in New York, five years before Rocky was made. Still have that strange hat….

6. The Story of Rocky

Stallone wrote the the script for Rocky in just three days, and at the time only had around $100 dollars in the bank when he began trying to sell the script to studios. Even though he had little money, he refused a $350,000 offer for the script after the producers told him they didn’t want him starring in it. In the end, it was when he met with producers while auditioning for another film that he mentioned he was working on scripts, even though he was turned down for the part he auditioned for, they asked to see his script, and made a deal for Rocky to be made with him as the star. He ended up only being paid $230 a week to star in it himself. 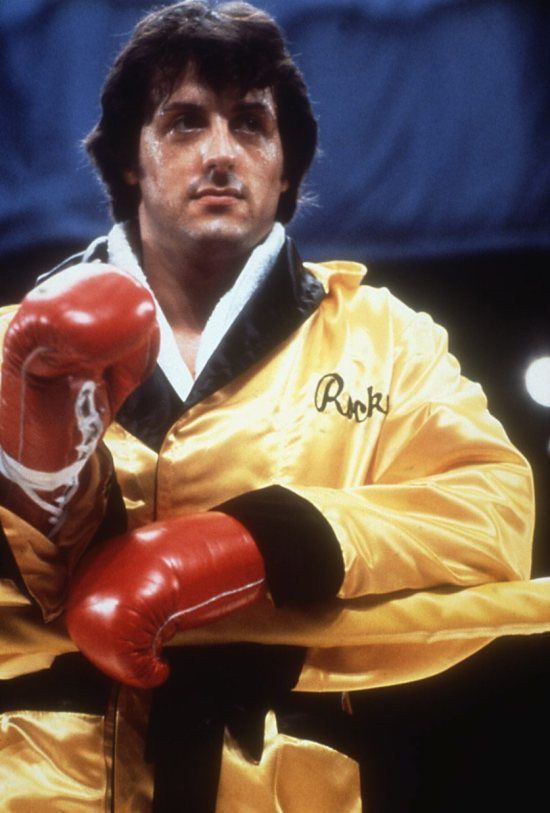 Although fans flock to his films and many have become iconic movies of the past few decades, he holds the record for the longest unbroken streak of nominations at the Razzie Awards. He has been nominated a record 30 times and has won 10, mostly for “Worst Actor,” and in 2000 the Golden Raspberry Award Foundation awarded him a special honor for “Worst Actor of the Century.” Even though he has these Razzie records, he is still the only Hollywood star to have a box office hit film in five consecutive decades from the ’70s to 2010s. 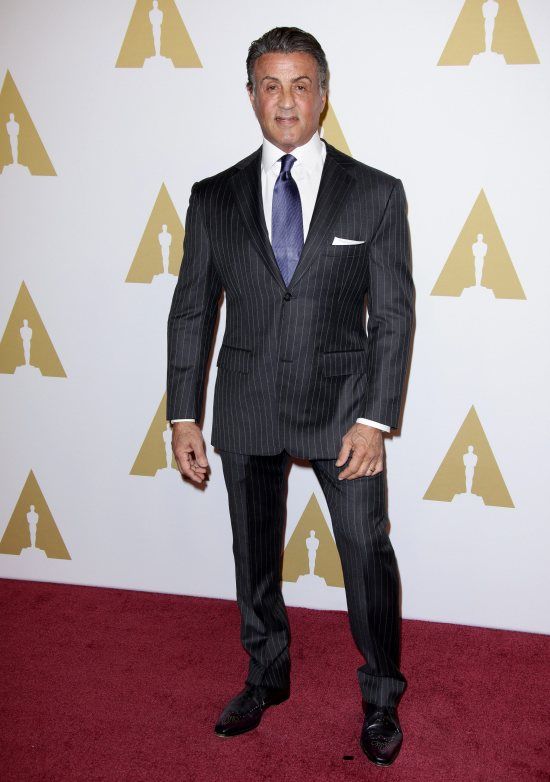 Give him as many razzies as you want, but odds are Stallone really doesn’t care as his films both good and bad have made him an absolutely outstanding net worth of $400 million. Of course, a large part of that fortune is thanks to his starring roles as Rocky Balboa in the Rocky franchise and John Rambo in the Rambo franchise. He has now added to his resume with producing and directing, and is very well set as one of Hollywood’s most loved stars. 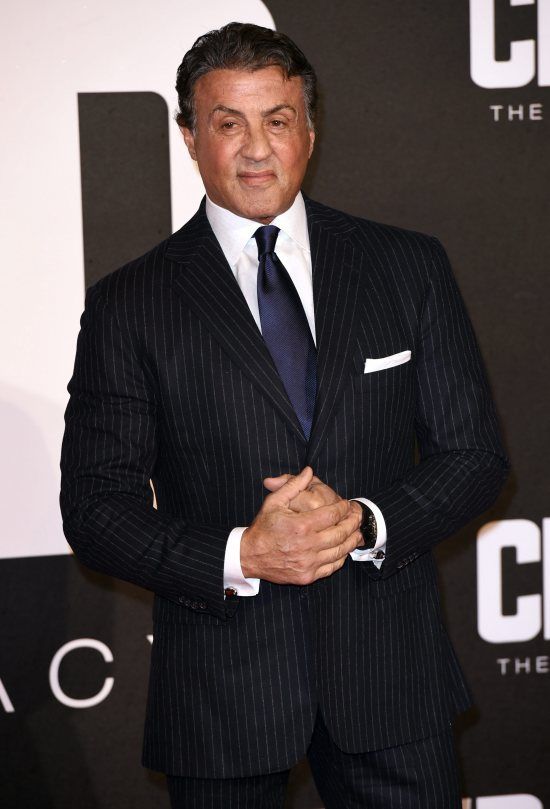 Sly has had somewhat of a rough road with relationships, but has always been a loving family man through his career. He married the first time at 28 years old to Sasha Czak in December 1974, welcoming two sons, Sage and Seargeoh. In February 1985, Stallone and Czak divorced, and in December that same year he married his Rocky IV co-star Brigitte Nielsen who starred as Ivan Drago’s wife. The two divorced two years later, and it wasn’t until 10 years after that Stallone married again, this time to Jennifer Flavin with whom he has daughters, Sophia, Sistene, and Scarlet. After his third marriage to Flavin, Stallone commented, “It’s been a fantastic revival of my life. As you know, my first marriage didn’t go so well, though I have a relationship with my sons, but this marriage has been a second beginning. I used to think my career was number one, so I was gone nine months out of a year, but I learned the hard way that the most important thing is that you start at home and then comes the career.” Stallone, Flavin and their three daughters reside in a huge Beverly Hills mansion. 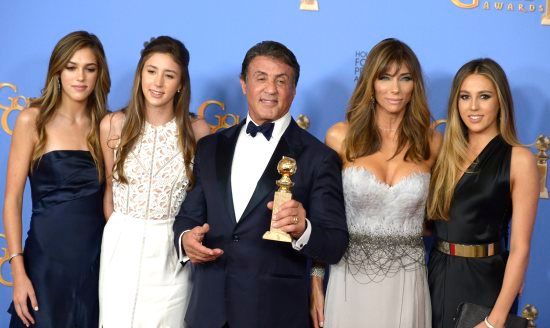 In the 10 year gap between his divorce from Nielsen and marriage to Flavin, Stallone had some other high-profile girlfriends, but the most notable was Janice Dickinson. The pair were together from 1993 to July 1994. After Dickinson gave birth to her daughter Savannah in February 1994, Stallone thought that he was her father, but after learning that Savannah’s father was actually Dickinson’s ex Michael Birnbaum, Stallone left her. 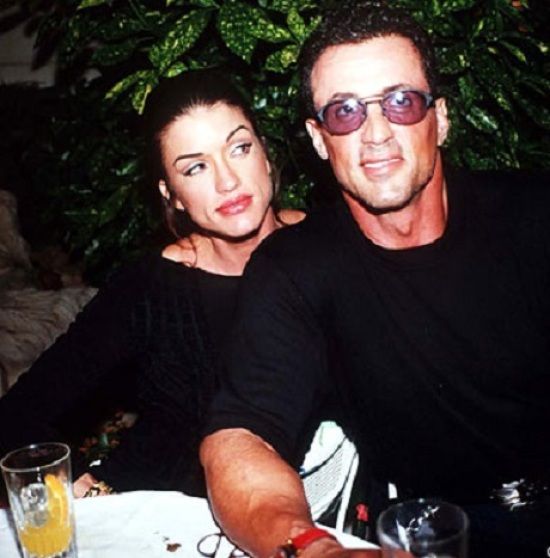 Although Arnold Schwarzenegger and Sylvester Stallone are now the best of friends, as well as two of the most iconic action film stars of the past few decades, it didn’t start out that way. Back in the ’70s and early ’80s, the two couldn’t stand each other, and Schwarzenegger who is known as a very egotistical man couldn’t stand that Stallone’s career was soaring with films like Rocky and Rambo while he was stuck with Hercules in New York and Conan the Barbarian. “We had a violent hatred,” Stallone said of the rivalry. “Have you ever had that ever? Competition where you really had an arch enemy that kind of brings out the best in you. As Arnold would say, it really pushed you to accelerate.” He also talked about their time as enemies while on The Tonight Show with Jimmy Fallon when Stallone stated, “I think he’s brilliant… but I wanted to strangle him… I really did.”