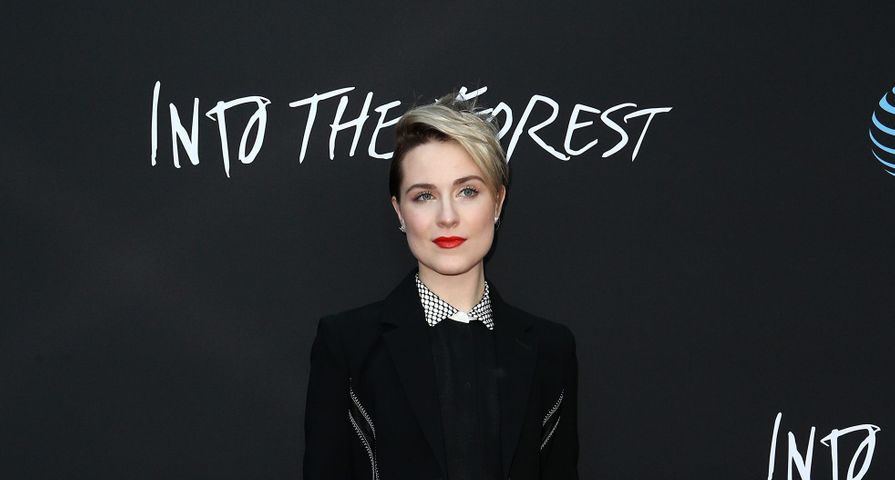 Evan Rachel Wood rose to fame when she took a role in the controversial film Thirteen back in the early 2000s. Since then she’s been in major projects like Across the Universe, The Wrestler, and in the HBO miniseries Mildred Pierce. She’s a relatively private person for a Hollywood actress, but she’s not afraid to voice her opinions and stick up for her beliefs. Wood is well credited as not only a critically acclaimed actress, but also for her incredible singing voice! She is celebrating a milestone today as she graduates into her thirties, so in honor of her 30th birthday, here’s a look at 10 things you might not have known about Evan Rachel Wood!

She was born in Raleigh, North Carolina to her now separated parents. Her acting chops are something that have been most definitely handed down. Ira David Wood III, her father, is a prominent local actor, singer, theater director and playwright. He is a executive director of a local theater company called Theatre in the Park, while her mother, Sara Lynn Moore, is an actress, director and acting coach. Similar to Evan, her brothers followed in their parents footsteps. Her brothers are both active in the local theatre community alongside their father and that’s where Evan got her first taste of success when she appeared in her father’s internationally renowned 1987 musical comedy adaptation of A Christmas Carol. She was only a few months old at the time of her appearance. She once described her childhood as growing up in dusty old theatres, so it’s not surprising she decided to become an actress. She was home-schooled for the majority of her education and received her high school diploma when she was only 15-years-old! From that moment forward she began focusing on her career and appeared in several made-for-TV films.

Evan Rachel Wood opened up about her sexuality in an interview with Esquire in 2011. During the interview she revealed that she had dated men and women in the past and that she’d received a lot of criticism for it. She also revealed some interesting details like, she’s the stereotypical guy in her relationships with women. “I’m more kind of like the guy when it comes to [dating] girls. I’m the dominant one…I’m opening the doors. I’m buying dinner. Yeah, I’m romantic,” she said. Her recent openness also inspired her to come to the defense of Amber Heard when media reports speculated her bisexuality had a role in her divorce from Johnny Depp. She doesn’t like the stigma that is placed on people who are bisexual and believes that labels can be harmful. She said she struggled with depression and shame for a long time because of it. “It’s time to be vulnerable and honest and to not be ashamed. For so long, I was ashamed. You’re dealing with the shame that the world has imposed upon you and then on top of that the shame of identifying that way,” she said. She also told US Weekly that, even though she only went public with her bisexuality recently, she always knew it was apart of her. “I knew it was part of me, but I hadn’t allowed myself to explore it. I didn’t realize how crippling it was until I finally opened that door and went, ‘Wow!'” she said.

Wood met fellow actor Jamie Bell back in 2005 when they co-starred in the music video for Green Day’s “Wake Me Up When September Ends.” The two started dating and even got matching tattoos of each other’s initials (she has a J on her left ankle). The relationship only lasted a year and they broke up in 2006. Wood later said in an interview, “We had matching tattoos because we knew our love would last forever. Trouble is, it didn’t, things happened, we split. But I don’t regret the tattoo. It reminds me of a great, great period in my life.” Their relationship was a bit of a roller coaster, on and off for many years. She rekindled the relationship in 2011 after five years apart. This time around things were much more serious and Wood and Bell got married in a small ceremony on October 30, 2012. In 2013 they welcomed their first and only child, a son whose name has never been revealed. But again their marriage didn’t last long and in 2014 she announced they were separating.

She lost one of her teeth on her 24th birthday in Paris. The True Blood actress had one of the most memorable birthdays ever while she was dancing with a friend and her tooth got punched out! “It was just past midnight and I was dancing with my friends in Paris. And just boom, I caught an elbow right in the left side of my face. I knew right away when I closed my mouth that something was really wrong,” she told People in an interview. Wood said she was totally in shock, but now it’s something she can laugh about. She also said the person who did it felt so badly they started crying! “I’ll never forget my 24th birthday when my tooth got punched out. And for a second I was like, it would be really hilarious if I sold it on eBay. But I can’t, that’s just too creepy. I don’t think I can go there,” she joked. She now has a fake tooth in its replacement.

Despite being in the acting industry for quite some time before taking on a role in the highly controversial film Thirteen, this gig was definitely her breakout role where she was introduced to the world. Wood became well recognized after appearing as the teenage goody-two shoes who turns into a shoplifting, drug-induced party girl overnight. In an interview with Los Angeles Times, Wood said: “I put it down. I was afraid of it for a while because of the subject matter. It was so intense. I had never really done anything like that. I phoned my agent and, right then, I said, ‘I have to do this movie.'” The critically acclaimed movie earned her a few awards and even a Golden Globe nomination! She starred alongside fellow actresses Nikki Reed and Holly Hunter and remains close friends with Nikki Reed to this day! It appears taking on this role was the best thing for her because, not only did she break into the Hollywood scene, but she was named the new “It Girl” by Vanity Fair!

5. Her Relationship with Marilyn Manson

This relationship got a lot of attention from the media. Manson and Wood went public with their relationship in January 2007, shortly after he filed for divorce from Dita Von Teese. At the time of their relationship, Wood was 19 and Manson was 36 and she received a lot of backlash in this relationship as many people painted her as a homewrecker and the reason for breaking up Manson’s relationship with Teese. Wood and Manson dated on and off for about four years. In an interview with France’s Le Parisien, he said: “I’ve found my double, my twin. She’s 19 and certainly that’s very young, but that’s not a problem for me.” They apparently met at a party at the Chateau Marmont Hotel. Wood said that she was attracted to his “frequent use of black eye liner” and even described their relationship as “healthy and loving.” Another short-lived relationship, the couple split in November 2008 because they “both decided to take some time apart so [they] could concentrate on work,” she said. They reconciled in January 2010 after Manson proposed during a concert in Paris. They split again a year later. “I wouldn’t trade any of [our relationship]. I appreciate everything he taught me. I just don’t think we were right for each other,” she said.

Thirteen co-stars Nikki Reed and Evan Rachel Wood reunited in 2014 for an online Q&A in celebration of the films 10th anniversary. In between questions, Wood admitted that she definitely had a crush on her co-star. Now that she’s come to terms with her bi-sexuality she recognizes that the feelings were real. “I did have a crush on Nikki. I don’t think I realized at the time that it was like a full-blown crush but I definitely remember having feelings and thinking she was so beautiful…I thought you were so gorgeous and fun and there was something about you. The relationships you have with girls when you’re a teenager — there’s a part of you that wants to be them, there’s a part of you that kind of hates them, and there’s a part of you that’s kind of in love with them,” she said.

Nothing about Evan Rachel Wood is conventional, so of course when it came time to give birth to her first and only child, she chose to do it without the help of Western medicine. While discussing the experience during an interview in Nylon magazine, she called the experience “psychedelic” and “intense.” She said: “after I did it, there was nothing else I could compare it to. It just felt like I was being cradled by the universe, that I was connected to this primal thing, and I was not in control anymore. I have never felt more alive. Why would I not want to know what it feels like when one person becomes two? I am literally going to split like an atom, and part of me is going to stand on its own, with its own mind and its own heartbeat. Why would I not want to feel all of the energy in that moment? That birth changed me forever.”

In an interview with Rolling Stone, Wood said that singing was her first love. “It was the first thing that really felt like it was a part of me. It’s just in my blood. And acting came sort of out of singing, because I did a lot of musical theater. And I absolutely love acting, dearly. But music is different. Because it’s yours, you know? Usually I’m playing a part in a film that’s somebody else’s vision and I’m helping to bring that to life. But I feel like this is the first time I’m really showing myself to the world,” she said. When Wood was first introduced into the world of acting she was appearing on stage in the theater. This is where she developed her talent for singing. She then took on a role in the musical production set to the songs of The Beatles, Across the Universe. More recently, she formed a band with the Julliard trained actor, Zach Villa, called Rebel and A Basketcase.

One surprising and fun fact about Evan Rachel Wood is that she has her black belt in tae kwon do. She said she was never drawn to the stereotypical girly-girl activities as a kid. Instead she wanted to try something a little more unique and it’s served her well because she’s now somewhat of an expert. “I was not good at ballet. I liked tae kwon do better. I took like four years and it was hard. My best friend, who’s also my assistant, I’ve known her since fifth grade and we met in tae kwon do class. Every now and then I’ll look at her and we’ll bust out some forms,” she said in an interview with New York Daily News.