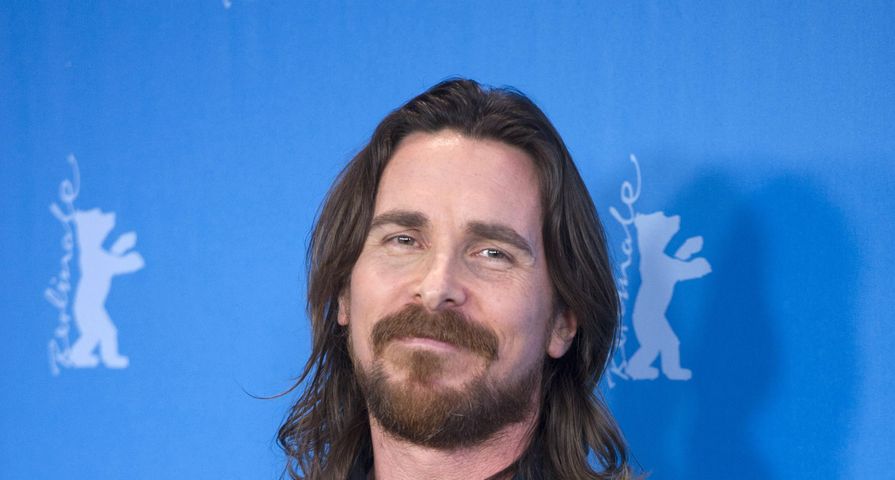 Christian Bale is well recognized for going above and beyond for his roles and is one of the most well-respected actors in Hollywood! His breakthrough role came when he starred in American Psycho in 2000, but his real fame started when he took over the coveted role of Batman in Batman Begins, The Dark Knight and The Dark Knight Rises. Since then he’s received critical acclaim for his work in The Fighter, American Hustle, and The Big Short. Here’s a look at the things you probably didn’t know about Christian Bale!

Christian Bale was born on January 30, 1974. His father, David Bale was a commercial pilot and his mother, Jenny, was a circus performer. He is one of four children. He has three sisters, Erin, a musician; Sharon, a computer professional; and Louise, a director and actress. Christian grew up in Wales, but calls himself English. “I was born in Wales but I’m not Welsh — I’m English,” he once said. He spent his childhood in various places like Wales, Surrey, Portugal and Dorset, England.

In an interview with GQ, Christian Bale opened up about his childhood and revealed that his family moved around a lot, mostly due to his father. His dad had kind of a gypsy soul, but at the same time was tied down with a family. “My family moved about a lot, yes, through necessity rather than choice, perhaps, but I loved it. That life is not for everybody, granted, but having that as a child certainly set me up for the sort of life I lead now. You could say I’m indebted to my father’s roguish behavior. We jumped about all over England, we had a brief stint in Portugal, but it wasn’t like being on holiday. It was my father’s doing really, he steered the family through some tough times,” said Bale. Bale has also stated that this kind of childhood geared him toward being an actor.

At the mere age of 13 he was selected out of 4,000 other kids to play the role of a British child living in a Japanese concentration camp during World War II in Steven Spielberg’s 1987 film, Empire of the Sun. Bale knew he wanted to be an actor ever since he was 10-years-old. He was inspired after he saw his older sister, Louise, act in a musical in London’s West End. That same year, in 1984, when he was only 10, he got his first theatrical role in the London play, The Nerd. He dropped out of school when he was 16 and moved with his father to Los Angeles when he was 17.

Christian Bale married Sibi Blazi, a former model and make-up artist in 2000. They’ve now been married for an incredible 16 years! He met Sibi through Winona Ryder, who was a friend of Bale’s. At the time, she was working as an assistant to Winona. The two later eloped in Las Vegas when he was 26 and she was 30. They had a daughter named Emmeline in 2005, and then in August 2015 they had a son, Joseph. Both Bale and Sibi are extremely private about their personal life, so not much is known about their relationship or family life. Bale did open up about his relationship briefly at the 2011 Critics Choice Awards when he won Best Supporting Actor for The Fighter: “[My wife] had to be married to so many different characters over our marriage. I know that it truly would be impossible to do it without her. She’s such a good, strong woman,” he said.

6. Phobia of Being Boring

In an interview with Parade, Bale said one of the best life lessons he got from his father was that “the greatest sin is being boring.” “He was often off on some cause or mission that he had for himself. He didn’t really give a damn. He never had a 9-5 job. We had to move half the time because we’d have bailiffs knocking down the door. For me, it was a great sort of adventure. I knew that he had this great kind of goal — ‘Do not fall into a bloody rut that so many people do in the world do,'” he said. Luckily for Bale, he’s in the kind of profession where he’s able to continuously switch it up, but he still has a big fear of becoming  boring. “I have a fear of being boring. The more high-profile I get, the less I can surprise people anymore,” he said.

5. He Likes Being Unplugged

It’s no secret that Christian Bale is extremely private when it comes to his personal life. He loves to chat with reporters and media outlets about his work, but when it comes to anything too personal, he’s not interested in sharing. Not surprisingly, he’s also extremely unplugged when it comes to technology. “I’m not connected to anything really. I’m completely oblivious to most technology, including the internet. I have a cell phone, but begrudgingly,” said Bale in an interview with Parade.

Christian Bale has a very strong fan following that is much different than the average celebrity. His group of fans call themselves ‘Baleheads’ and they are so devoted to Christian, they once raised more than $1,000 to ‘adopt’ a baby gorilla named Nahimana through the Dian Fossey Gorilla Fund because it’s one of his favorite charities. “I sort of feel like I’m creating a mob or something. People are going to start getting snakes through their post (the mail) if they don’t give me a part.” he joked.

Christian Bale is famous for taking on demanding action roles, but in 2012 he was involved in a pretty bad bike accident right before he started filming Exodus: Gods and Kings and for a brief period of time he lost all feeling in his one arm. He was seen walking around with a sling for months. “I lost all my nerves in one arms but the body is phenomenal. You grow your nerves back one millimeter a day so I had to wait and wait and gradually they started to develop in my fingers, very slowly,” he said. In a more recent interview in 2014, Bale said his bike days are now over. “I’ve got a steel wrist. I’ve got a titanium clavicle. I’ve got about 25 screws holding my arm together,” he said. “I chopped [my finger] off. But we managed to reattach it. I’ll still dirt-bike out in the desert. I’m much happier going slower there.”

As previously mentioned, Christian Bale enjoyed a lot of success as an actor at a young age, but he’s been candid about the fact that he didn’t enjoy it, at all. He merely did it because his family needed the money at the time. His father had to stop flying due to illness and his parents got divorced. “It’s too much weight when you have to stop being a child because of responsibilities. Whether they’re declared or not, you recognize that if you don’t: disaster. And I think that that’s always fueled a love of the play of what I get to do [as a job]…All I can say is I’m still doing it so it can’t have been that bad an approach. Although it’s an unusual one, and not one I’d ever let my children become a victim of,” he said in an interview with Esquire.

In 2008, Christian Bale was arrested under charges of an alleged assault on his mother and sister. According to online reports, an argument took place in a hotel room at the Dorchester Hotel in London on a Sunday, the day before the premiere of his film The Dark Knight. It’s unclear exactly what the three of them were fighting about, but his mother, Jenny, has since told news outlets that it was over money. The two women went to the police on the following Monday and made their complaint. He voluntarily turned himself in to the police on Tuesday and gave his statement which alleged their statements were false. His mother and sister eventually recanted their statement and the charges were dropped, but Christian Bale hasn’t spoken to his mother since.