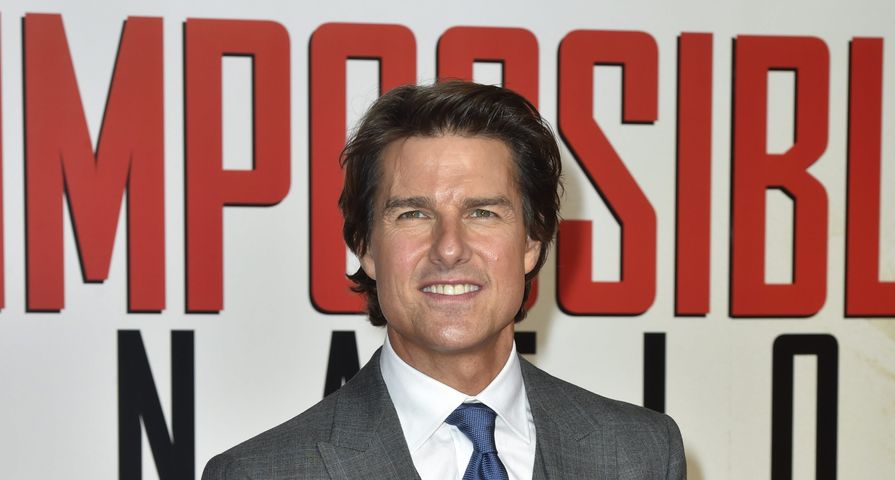 Learning disabilities can create many educational and social challenges to those who face them. The prevalence of learning disabilities in North American schools would astound some parents, but there is always hope for those who are facing some major hurdles. The world of Hollywood is not immune to such infirmities, and the A-listers who have overcome their setbacks may serve as a good source of inspiration for young people who feel discouraged. This list looks at the top celebrities who overcame their disorders and have excelled to the top of Hollywood’s elite.

Orlando Bloom has spoken quite publically about his struggle with dyslexia as a child. He was diagnosed at the age of 7 and he says that his difficulties with reading and writing created a lot of frustration and anger in him as a child. Bloom says that his mother used to bribe him with incentives of money and a motor bike for learning poems and reading books and that this helped him a lot. He also said, “I think creativity is the key to any child who has dyslexia. When I was on stage performing, creating—that was really what got me through…When I was on stage I was more focused than I was anywhere else.” Bloom’s advice for parents with children facing the same challenges is to understand dyslexia as a gift, that if “kids can be given the opportunity to find that way of thinking, what works for them, they will be very happy and successful in whatever field they choose to go into.”

The phenomenal singer of Florence + the Machine has both dyslexia and dyspraxia (a disorder that impairs fine motor skills). The singer-songwriter credits her mom for introducing her to the arts. She told The Guardian, “Visually, she’s influenced me really strongly. Took me to a lot of churches, a lot of art galleries. Really taught me how to appreciate art, and how to describe it, which is very important.” Instead of attending college, Welch went to Camberwell College of Arts, where she was discovered after her first year singing in a bathroom. She now credits her unique style to being a “short, chubby kid” with dyslexia. Her ability to embrace herself fully has led to her admirable career.

Dan Aykroyd faced huge challenges growing up after being diagnosed with Tourette’s and Asperger’s, a nervous tic and form of autism. Aykroyd received therapy for his Tourette’s growing up, and by 14 his symptoms eased. He credits the hit blockbuster film Ghostbusters to his Aspergers: “One of my symptoms included my obsession with ghosts and law enforcement—I carry around a police badge with me, for example. I became obsessed by Hans Holzer, the greatest ghost hunter ever. That’s when the idea of my film Ghostbusters was born.”

When Keira Knightley started school, it was quickly noted that the 6-year-old had great difficulty reading due to dyslexia. According to Knightley, she struck a deal with her parents: if she was able to learn how to read, her parents would hire an agent for her so that she could act professionally. Knightley’s mother had worked with Emma Thompson on the screenplay adaptation of Sense and Sensibility so Keira used the screenplay as a tool. The incentive proved to work, and both Knightley and her parents fulfilled their promises. Keira Knightley is best known for roles in Pirates of the Caribbean and Pride and Prejudice. She credits her struggle with dyslexia for making her stronger and teaching her the power of tenacity.

Bruce Willis is known for his macho roles in films like Die Hard, but for the first 20 years of his life he struggled against a stutter. In Bruce Willis: The Unauthorized Biography, Willis is quoted as saying, “I could hardly talk. It took me three minutes to complete a sentence. It was crushing for anyone who wanted to express themselves, who wanted to he heard and couldn’t. It was frightening. Yet, when I became another character in a play, I lost the stutter. It was phenomenal.” Willis is also said to have implemented a series of confidence building exercises encouraged by a school speech therapist in order to overcome his stutter.

Jim Carrey has captivated audiences with his boisterous and animated sense of humor, but as a child his outbursts were largely criticised by his teachers as disruptive. Carrey has been diagnosed with attention deficit hyperactivity disorder, a disorder that is said to affect 8 to 10 per cent of the population. A special teacher realized Carrey’s talent and dedicated the last 10 minutes of class to allowing him to perform and release his pent up energy. Carrey continued to use acting as a way of channeling his energy and creativity. He is best known for his roles in Dumb and Dumber, Ace Ventura: Pet Detective and The Mask, but he also made the successful transition into more serious roles with Eternal Sunshine of the Spotless Mind and Man on the Moon.

Whoopi Goldberg is a hugely talented artist with her fingers in every cookie jar. She is one of only 10 people to have won an Emmy, a Grammy, an Oscar, and a Tony Award. She is also an accomplished children’s book writer. She was able to achieve all of this in spite of childhood struggles with dyslexia. Growing up, many of her teachers told her that she was slow and dumb and her disability went undiagnosed. “I knew I wasn’t stupid, and I knew I wasn’t dumb. My mother told me that.” The support that her mother gave her provided her with enough drive to overcome adversity and reveal that she is truly gifted.

Ryan Gosling is beloved as a major babe of Hollywood’s A-list, but growing up he was bullied relentlessly for his disability. Gosling was diagnosed with attention deficit hyperactivity disorder and he had trouble reading. The bullying was so bad that Ryan’s mother homeschooled him for a year. Shortly after all of the adversity, he began acting. He was nominated for an Oscar for Best Performance by an Actor in a Leading Role for Half Nelson. On the nomination Gosling told Entertainment Weekly, “It meant a lot to me because it meant a lot to the people that I love. Especially my mother…she’s been fighting [for me] since I was born.”

Tom Cruise was diagnosed with dyslexia at the age of 7. In high school, he dedicated himself to sports and theatre to try to hide the fact that he was a “functional illiterate.” This difficulty followed him into his acting career as well. At 19 he landed his first role and realized that his disability would hold him back from future roles if he was unable to read the lines. Cruise credits the L. Ron Hubbard learning method of “Study Technology” for his ability to move passed his dyslexia. “I had to train myself to focus my attention. I became very visual and learned how to create mental images in order to comprehend what I read.”

Marilyn Monroe struggled with stuttering off and on throughout her whole life. Her famous breathy voice is actually a result of speech therapy in which she was taught deliberate breathing techniques to guide her fluency. Marilyn’s stressful personal life and prescription drug use would ultimately cause her stutter to return. Sometimes she was unable to deliver her lines at all. In recordings from Something’s Gotta Give, her stuttering is quite noticeable at times. In spite of her difficulties, she has come to be one of the most recognizable figures Hollywood has ever seen.