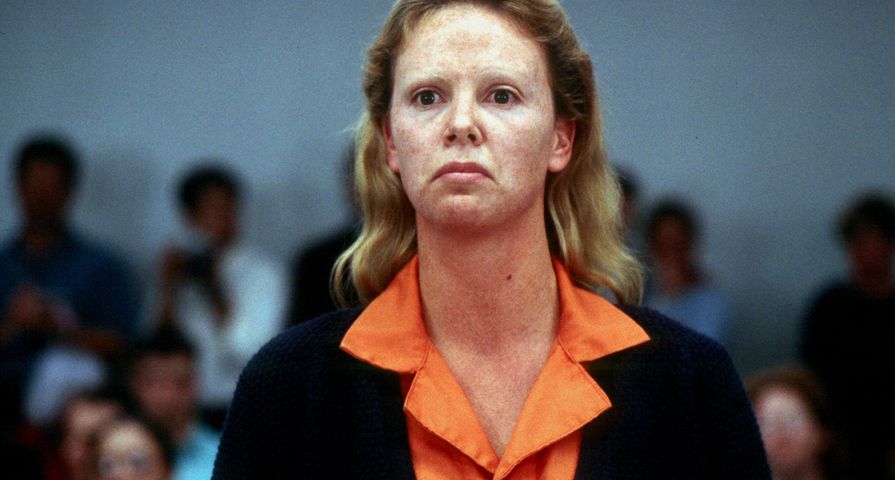 When it comes to memorable movie roles, and pure Oscar bait, there is no better vehicle than a character that transforms an actor into someone unrecognizable. We’ve compiled an impressive list of actors and actresses who took themselves “off,” and put other people “on” in order to bring that actor-truth to the screen. Some won Oscars for their roles, while others have yet to get their proper due for stellar work. Bottom line, there’s no denying the power packed in the punches of these characters. Here are the 12 most shocking transformations for movie roles.

John has put on several characters throughout his illustrious career, probably few as enjoyable as Tony Manero in Saturday Night Fever and Staying Alive, though Vincent Vega (Pulp Fiction) comes in a close second. That said, there is still a role that he enjoyed in the mid-1990s–after Pulp Fiction–in which he played a very interesting version of the angel, Michael. In the film named after the titular character, John Travolta served to fulfill purpose in this flick, and he did so by scrapping every idea of an angelic presence from the plate, and building off a foundation of fat. He was a sugar addicted, chain smoking, womanizing fatty. A rom-com dandy.

When you sign up to star in a film directed by Spike Jonze, there is no telling what he might ask you to do. For Cameron Diaz, Spike did his best to scrub away her beauty for Being John Malkovich, the award winner penned by Charlie Kaufman. Cameron played Lotte Schwartz, and she was offered the world’s frizziest hair, frumpiest wardrobe and coolest snaggletooth. Beyond describing her aesthetic, we’ll say nothing else about this film. It’s a must see. Indie gold. Cameron is also at her best in this role, playing the stuff we’d love to see her do more often. She is fearless when the cameras are rolling, but when reliant on the care and guidance of an auteur like Spike Jonze, she can be guided toward some outstanding choices and relations. Her chemistry with John Cusack and Catherine Keener was off the charts.

Another film that has somehow fallen through the cracks after being one of the most talked about at the turn of the century, Edward Norton offered a master class on arrogance, pride, regret and redemption in American History X. The film has never been more important, and regardless of director Tony Kaye hating it, and wanting to pull his hands from the finished product, it stands strong in the realm of independent film. It also garnered Edward an Oscar nomination for his portrayal of Derek Vinyard. Derek was a skinhead, neo-Nazi, who strutted with a group of thugs that ruled his Venice, CA, neighborhood with hatred and violence. Ed put impressive muscle on his frame to up the level of intimidation–while also portraying the thin, unassuming high school Derek through flashbacks–and it was an eye opener as to who Edward Norton was as an actor.

Tom Hanks is another individual who can pack on some pounds, and take off some pounds for his various roles. Oftentimes, Tom plays the antihero, and he was the individual who redefined what a Hollywood leading man could be. When he agreed to do the film Cast Away with Robert Zemeckis, Tom knew the physical and emotional challenges of the role would be extreme. He worked a lot in isolation, and within the course of filming, it was necessary to grow one mangy looking beard, lose a ton of weight, be clean cut, clean shaven and too well fed all within a few months. For those who haven’t seen the film, it’s staggering to see what he pulled off for a single film. The only person to do it more impressively is sitting at number 3.

Hilary Swank took her role in Boys Don’t Cry because she recognized the challenge and the opportunity of being part of such a film. Before delving into the sad, sadistic world featured in the story, it’s worth noting that Hilary Swank’s body could never be confused for being masculine. There would never be any mistaking her for a man. She is incredibly athletic, but her curves are unmistakable…until you see her as Teena Brandon/Brandon Teena in Boys Don’t Cry. The film was based on the real life Brandon Teena, who was looking for love in all the wrong places–geographically speaking–and was beaten, raped and murdered after it was discovered he was a she, and living life as trans. Hilary was perfect for the role, possessing striking features that were made androgynous, similarly possessed by the real life Teena Brandon.

7. Rooney Mara — The Girl with the Dragon Tattoo

Before we delve into the underrated pool of talent that is Rooney Mara, let’s address this last name. The Mara sisters–Kate and Rooney–are pronounced MARE-UH. Not MARR-UH. Moving right along. Rooney Mara is in The Girl With The Dragon Tattoo. Take a side by side look at her decked out as Lisbeth Salander from “…Dragon Tattoo” and Erica Albright in The Social Network. Say what? David Fincher is nuts about Rooney, and for those who are curious, yes, she’s still slated to appear as Lisbeth in the next film. Rooney seems to be the chameleon in the Mara family, and she’s unrecognizable in a lot of her roles. Few would have picked her out in “…Dragon Tattoo” if they didn’t have help from the movie poster. Kudos to the hair/makeup department for this transformation.

As advertised when we were bragging on Tom Hanks ability to lose weight and put it on for Cast Away… Matt Damon did this in a role long before Matt Damon was a household name. In the late 1990s, Matt had a supporting role in the Denzel Washington/Meg Ryan film, Courage Under Fire. This film didn’t get the love it deserved, and most were more intrigued by Denzel and Meg than the incredible performances offered by the supporting cast of characters. Matt Damon played a soldier who was declared AWOL. He bailed from service due to guilt he harbored from a conflict incident. Matt went from healthy soldier, to heroin addicted deserter. Unlike actors like Tom Hanks and Matthew McConaughey, who lost weight under medical supervision, Matt starved himself to be true to the character, and nearly did harm to his body in the process.

Matthew McConaughey loves playing with physicality to develop character. He’s done it for several films–getting buff to the play the stereotypical leading man, and skipping the gym to play the classic antihero. However, his Oscar-winning turn as Ron Woodroof in Dallas Buyers Club was next level. So much so, it was hard to look at Matthew in some scenes. The lack of meat on his bones was troublesome. He began as a wiry, misogynistic cowboy, and withered into an AIDs stricken, life appreciative activist whose entrepreneurial skills were frowned on by authorities. It was definitely Matthew’s crowning achievement as an actor, though we all know his greatest character wasn’t Woodroof, rather Wooderson in Dazed and Confused. Nonetheless, props to Matthew for his tour de force in Dallas Buyers Club.

Christian Bale slides one spot in front of Matthew McConaughey on this list, because he looked as if he withered an inch from death for his role in The Machinist. The psychological thriller/drama served as an impressive viewing session. What was most impressive about Christian’s transformation for the film? His next role. He went from skin and bones to muscular bulk and badassery playing Bruce Wayne/Batman. You kind of have to wonder how his agent sold him to Christopher Nolan: “Yeah, he is tipping the scales at 120 pound right now, but he can get to 220 easily.” Sadly, Christian out shined the actual film in The Machinist. His transformation carried the story, and it was completely necessary to sell the mental complexity of a character-driven film without a very well written character. Simply put, this film’s existence owes the vast majority of its success to Christian Bale.

Jake Gyllenhaal went from American every man to Big Jake when he packed on the muscles for Southpaw. No doubt about it, his body in the film is utterly ridiculous. We’re curious if Jake took advantage of HGH in order to achieve the look for the film, or if he did it the old fashioned way — by working out, eating like a horse, and then dehydrating himself. All kidding aside, Jake was about as good as he could be in this role. The first 25 minutes of the film is an enjoyable ride, with some stellar character work by Jake and co-star, Rachel McAdams. After the intrusion interrupts the stasis of their shared world, the film falls into a second act of been-there, done-that corn salsa. The filmmakers bring it home in the third act with the inevitable, boxing movie redemption.

Jared “Don’t Call Him Jordan Catalano” Leto. Actually, you can call him Jordan. He’s completely cool with the association. The actor, turned musician, turned back to actor, has enjoyed one helluva ride in the world of entertainment. Most would think Jared is on this list for his portrayal of Rayon in Dallas Buyers Club. He would certainly be worthy of being on this list for that transformation and he was awarded an Oscar for his fine work. That stated, we’re offering a little love for a transformation that took Jared in another direction. In a small film entitled Chapter 27, Jared played the role of Mark David Chapman, the man who murdered John Lennon. Jared packed on the pounds for this role, and when in costume, he served as a perfect look at Chapman. Critics praised his portrayal; audiences…didn’t really see the film.

There was little doubt where we were headed with this list. Charlize Theron can do anything. She is fearless as an actress. She has avoided the pitfalls of seeking starring roles based on “traditional beauty,” and instead, she has dropped sledge hammers of performances in every genre imaginable. Her emotional availability and range is staggering, and her ability to “put on” other characters is second to none. Let’s consider her Oscar winning performance in Monster, portraying real life serial killer, Aileen Wuornos. This offered a tragic glimpse into the life of a woman who was abused to the point that she lost her humanity. And comparing real life Aileen before her troubles to real life Charlize? They were/are two beautiful women. That made the transformation even more realistic and believable. Aileen was put to death for her crimes in 2002. The film is a must see.