10 Soap Opera Characters We Wish Would Come Back To Life 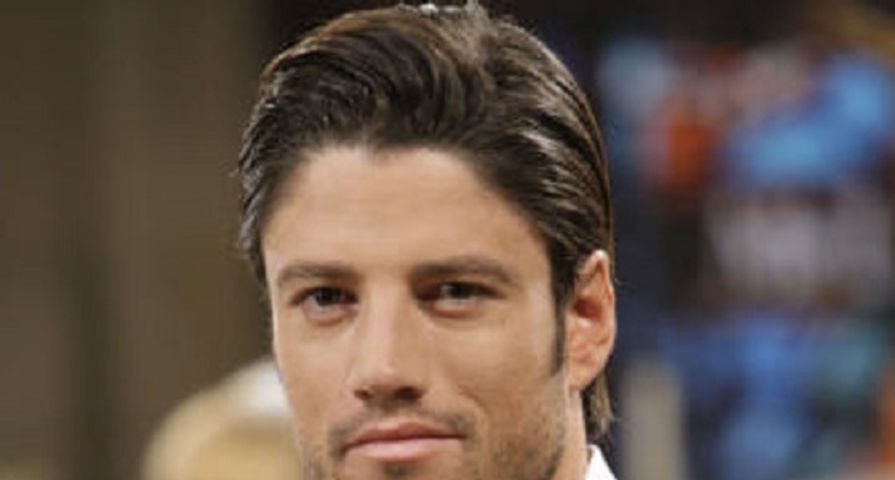 When our favorite soap opera character dies, we mourn. We grow accustom to seeing their personalities shine on a daily basis and often wish immediately that their demise could be undone. Deaths happen from time to time in the land of daytime drama, and sometimes characters can be resurrected, if the storyline allows for it. Below is a list of 10 soap opera characters we wish would come back to life.

No one likes to see a little child injured in general, and when something bad happens to a soap opera kid, fans can get rather upset. Such was the case in 2014 when sweet Delia Abbott passed away after being hit by a car that Adam Newman was driving. Genoa City mourned, Young and the Restless’ (Y&R) fans grieved, and there was a tremendous amount of storyline aftermath that occurred after Delia died. The little girl had an incredible number of roots within the show, had a lot of personality, and seeing her comeback would be amazing.

The once large Quartermaine clan dominated storylines in General Hospital (GH) at one point in time, but the family has now dwindled down significantly. One prominent member of the Quartermaines was adopted daughter, Emily. She passed away shockingly in 2007 as one of the victims of the Text Message killer and fans have missed this popular character since. With her death being so final, it would be near impossible to bring her back at this point, but the romance she shared with Nikolas Cassadine was pure magic. Here’s hoping the GH writers can think up something wonderful to place her back in Port Charles storylines.

Did Days of Our Lives (DOOL) make a huge mistake by axing the incredible Dr. Daniel Jonas last year? Some DOOL fans may think so. As a doctor at the hospital he had his hands in many storylines, as a dapper eligible bachelor he also wooed some of Salem’s most beautiful women. His love interest Nicole Walker seems to be heading out of Salem for good, as per reports, but despite this, Daniel has a lot of roots in the little town and could easily step into storylines without missing a beat. The only problem is his death was very final and Brady now owns his heart. Creatively speaking, it might be a bit tricky to bring Daniel Jonas back to DOOL.

Y&R’s Sheila Carter has been no angel during her time in Genoa City, but she has brought with her a lot of interesting storylines and drama. She was killed off in 2007, but over the years there has been some teases that have revealed she may not be dead after all. Sheila is that character fans love to hate, but you don’t want to see her ruin Lauren Fenmore’s life, but it is pretty interesting to see the schemes she weaves and unravels.

It hasn’t been a full year since Valentin shot Nikolas, but GH fans still desperately miss the Greek prince who walked a fine line between good and evil. With a 20-year tenure on the soap, GH fans witnessed Nikolas evolution from boy to man, his moral struggles, as well as some incredible romances. Alas, it seems like the actor who played Nikolas (Tyler Christopher) was ready for a break from the soap, but perhaps GH fans and producers can persuade him for a return, with the right storyline!

Bo’s comeback and demise seemed to happen within mere months when he finally returned to DOOL back in late 2015. The interesting thing about Days is that it consistently relies on its rich history, as well as older characters and roots within town to bring fans back to the show and engage younger and newer viewers. There is no bigger DOOL icon than Bo, a legendary staple of Days who had a huge super couple romance with Hope Williams that fans connected to instantly. While he is pretty much dead and gone for good, there are many DOOL fans that would love to see him return.

For over two decades Don Diamont played Brad Carlton on the Y&R and was a huge fan favorite for the show. Sadly, his character passed away in 2009, and while this closed a door for him in Genoa City, another door was open for him in Los Angeles (the actor can currently be seen on the Bold and the Beautiful). Despite this, most Y&R fans would love to see Brad Carlton return. Imagine how Vicky, Ashley, Abby, and Victor would react if Carlton came back from the dead?

Much like some of our heroines out there, there are villainess that GH fans miss, and Helena Cassadine fills this bill to a T. She brings a certain kind of drama to any storyline she is in and while she isn’t too nice to our heroes and heroines, she does make life in Port Charles quite interesting. She’s only been dead for about a year now, but one can’t help but wonder if the poison Nikolas gave her really took. She’s one of those characters that has nine lives and she’s already returned from the dead once. Back in 2013, son Stavros froze her when she was shot so that he could bring her back to life – so it’s not a stretch to think one of the members of the Cassadine clan could do this very thing once more.

Who else misses E.J. DiMera? He was one half of Salem’s love/hate super couple with Sami Brady and a staple on the show for years. At the time of his death, he was injected with a syringe by sister Kristen and taken to an unknown location organized by daddy dearest, Stefano. When a character leaves a show like that, fans know a comeback is only a matter of time! Salem hasn’t been the same since both he and Sami have left.

The storyline around Adam Newman’s death, and who was at the helm of it, is hitting fever pitch on the Y&R right now. The man isn’t even alive anymore, but is still causing a little drama from the grave and beyond. If this isn’t enough for Y&R writers to consider bringing the character back to life, not sure what would be. The role of Adam Newman has already been recast three times, which goes to show just how compelling of a character he is and how important he is in Y&R storylines.